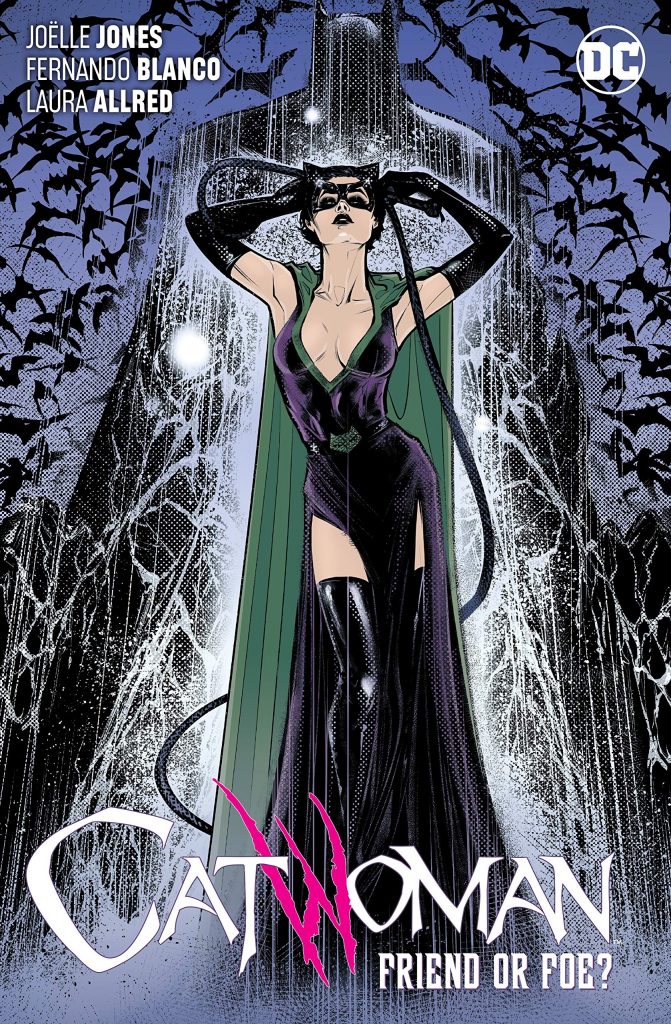 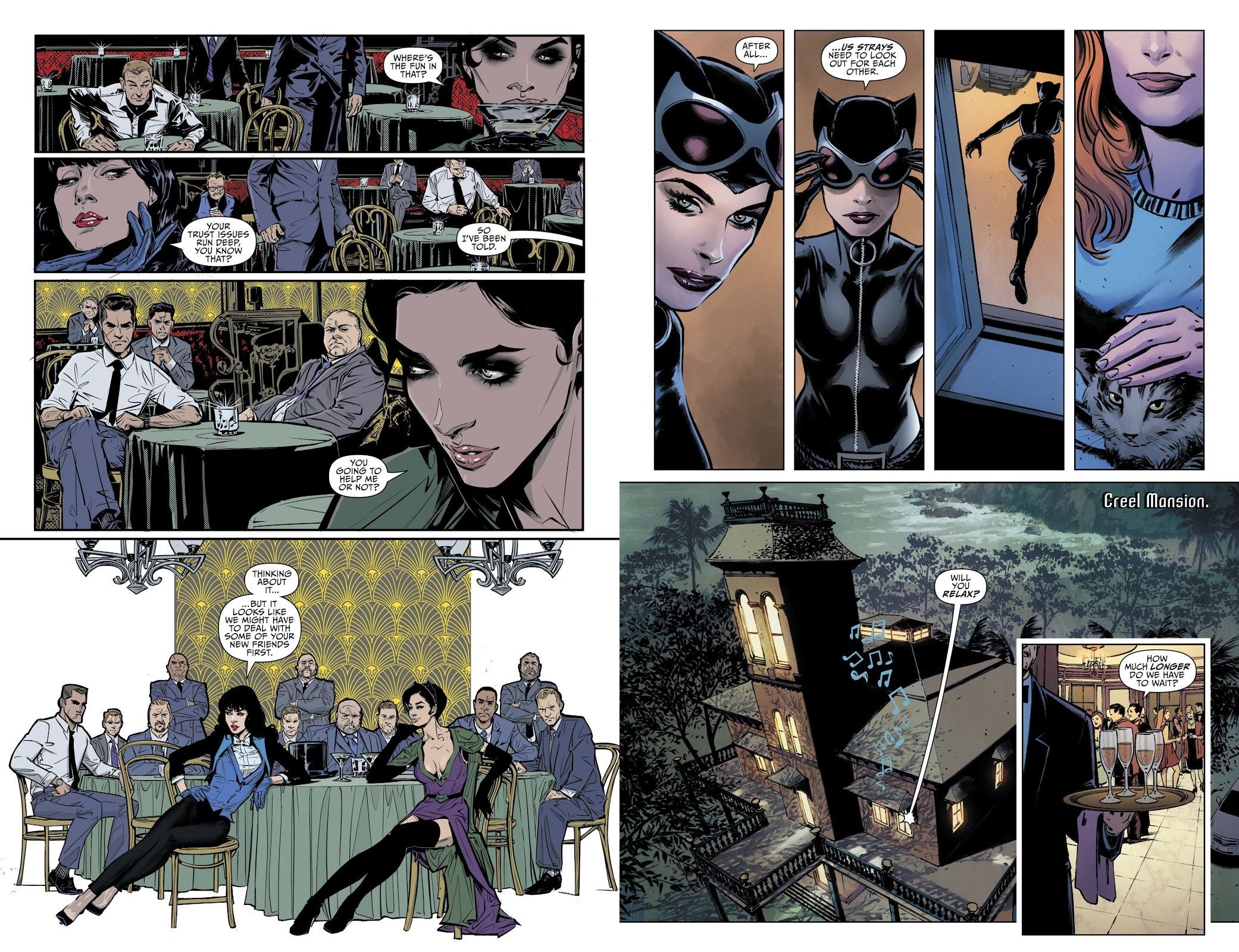 Catwoman has relocated to the West Coast city of Villa Hermosa where the Creel family control all, with ancient matriarch Raina Creel a far more formidable foe than her decrepit appearance would suggest. As she did in Far From Gotham, Joëlle Jones drops us straight into the middle of the story, showing Catwoman heavily defeated, and then jumps back and forward from that opening point. It could be a frustrating form of storytelling, but Jones is firstly diligent about labelling when events occur in relation to the opening sequence, and secondly so good at making sure each sequence entertains individually.

Over the opening two chapters we see a gangster coerced, contrasted with his son’s birthday party, an explanation as to how events connect with Far From Gotham, along with page after page of stunningly decorative art. Jones completes her Catwoman stint with this collection, and to ensure it’s memorable she also draws a fair portion of it, with Fernando Blanco supplying the concluding chapters with differently styled elegance. It’s no coincidence that despite the very good artists involved, the weakest chapter here is the one completely illustrated by others. It reads as a fill-in, despite a tragic development, and it’s because the artists may be drawing Catwoman extremely well, but they’re not attuned to the mood Jones sets, and once attention’s drawn to that, their efforts fall short.

Hanging over this and the two previous Catwoman collections is whether or not Selina Kyle belongs in Villa Hermosa. She had good reasons for moving there, and according to someone who ought to know, she’s not missed in Gotham. Raina Creel is no more than a challenging distraction to her, so should she just take over? However, Creel has exploited her overconfidence in the past. It’s a conundrum, to be sure. Is it a failing that readers will leap to an obvious solution before it occurs to Catwoman, or is it a ploy? Either way, Jones ensures the tension’s perpetuated to the end because while Catwoman’s fighting one battle she may be losing another.

There’s a great payoff, but one element is left hanging, presumably to be reconciled at some stage by subsequent writer Ram V. His run begins with Come Home, Alley Cat.