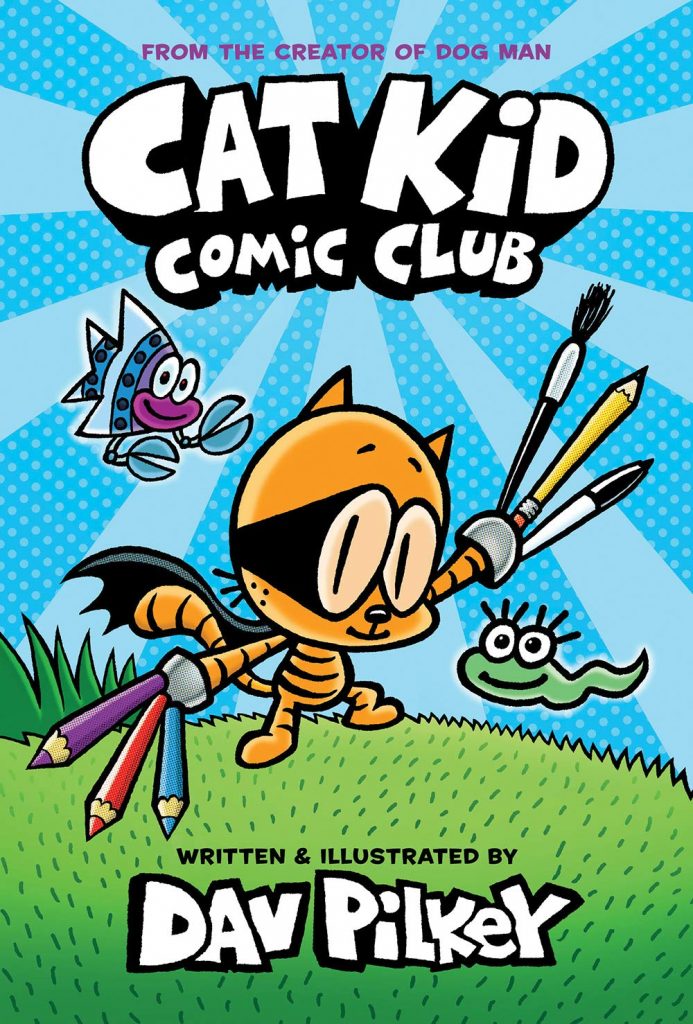 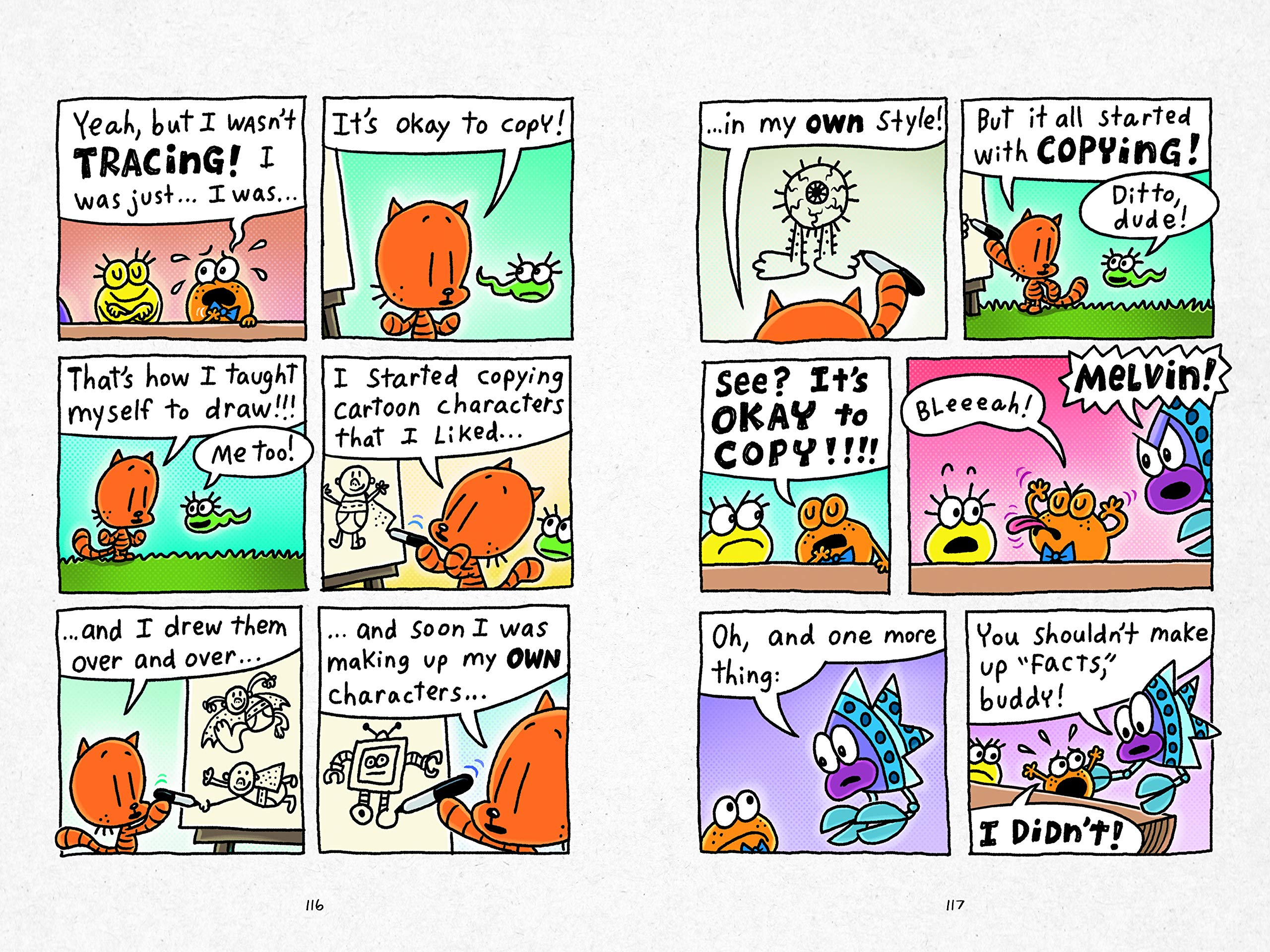 Cat Kid Comic Club is a spin-off from the Dog Man series (which is itself a spin-off from Captain Underpants children’s novels) starring Li’l Petey – the kitten clone of Dog Man’s main antagonist Petey, created when Petey used his own DNA to make a double of himself. Li’l Petey was supposed to be Petey’s butler but became Dog Man’s sidekick, Cat Kid, instead.

Various characters from the Dog Man series make appearances in this book, but it isn’t an adventure story. Instead it’s an illustrated version of what you would encounter in a workshop on how to make comics, building on all the drawing lessons and story prompts that Dav Pilkey includes at the back of each of his books. Li’l Petey stands at a flip chart and leads his class, a group of 21 baby frogs, through a series of exercises to teach them how to construct a story from a few basic components. The eight chapters each highlight a different aspect of telling stories, beginning with chapter one: ideas. Once the kids have made lists of inspirational topics, they use those lists to dream up story concepts. Lots of funny examples of stories created by the baby frogs in different styles show readers how the process works, for instance in Melvin’s story about “a toothbrush… named Dennis… who wants to be a lawyer… for DINOSAURS!” and you can see how a child would use the same process to generate ideas and comics of their own. It’s essentially a straightforward distillation of all the principles that Pilkey has his two kids George and Harold use to make their comics in Captain Underpants, broken down into steps that anyone can follow.

As with all Dav Pikey’s work, there is strong emphasis on creative use of logic and great encouragement not to be scared of mistakes, and to trust your own impulses. After all, who knows what makes you laugh better than you do? The range of techniques and styles covered in the eight chapters range from typical Dog Man-style antics to poetry comics, photographic fumetti comics and auto-bio comics demonstrated very simply and effectively by the class. It all makes this book an extremely effective tool for teaching children how to think about themselves as creators.

Cat Kid Comic Club is a non-threatening, encouraging, entry-level introduction to comics creation for any child, with enough here to keep them busy for months. Book two is promised to follow soon. 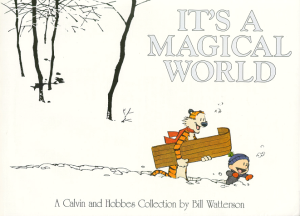