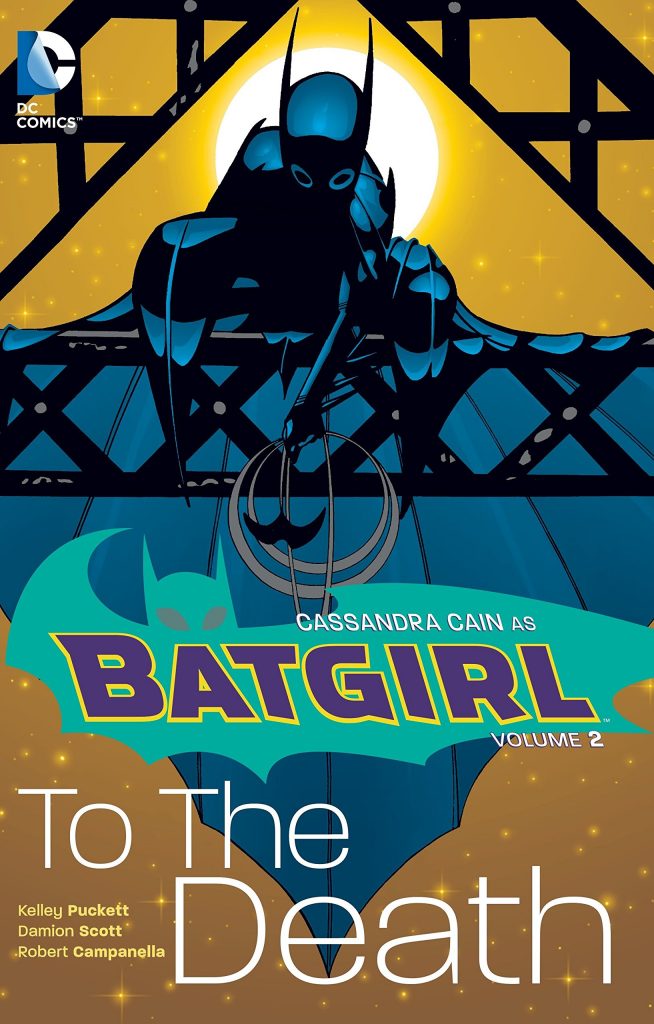 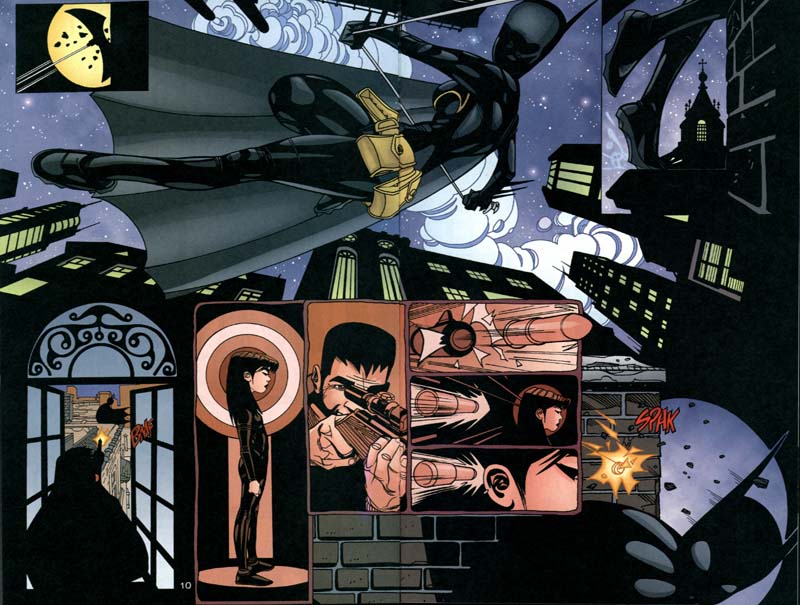 Twelve years after presenting Cassandra Cain’s time as Batgirl in slim paperback editions, DC issued bulkier paperbacks providing strictly chronological versions of her adventures, this time including stories by creators other than Kelley Puckett and Damion Scott. This selection takes a couple of stories from A Knight Alone, encompasses all of Death Wish, and adds an encounter with the Joker previously inexplicably bumped forward into Fists of Fury.

A daring rescue occurs in the opening story, after which Batman provides Cassandra with her own base, and Puckett continues his theme of never titling the succession of individual stories. A meeting with the Joker follows, but their confrontation is brief.

Scott gives full rein to his cinematic impulses as the new Batgirl prepares for her date with death by invading a US government spook base in search of a corrupt agent, repeatedly trips over Boy Wonder Robin as both discover they’re working the same case from opposite ends, and explores the ramifications of the death penalty. This is by far and away the best and most troubling tale, when she intervenes in the execution of a felon she’d previously captured. Throughout, Cassandra’s problems with speech and inability to read are handled cleverly and with sensitivity. When Chuck Dixon guest-scripts a telling and bitterly funny parable about families that singular McGuffin is the trigger for Batgirl to join Stephanie Brown (the hero-in-training called Spoiler) in an attempt to handle the fallout of a kidnapping gone bad.

Puckett resumes with a moody tale as Cassandra’s father, assassin David Cain returns to Gotham with a contract to kill one of the “Bat-Squad”, and in the penultimate story ‘Little Talk’, Batman and Oracle debate the young hero’s motivation in meeting Shiva again. It’s an atmospheric prelude to the climactic ‘I am Become Death, Destroyer of Worlds’, which features the ultimate confrontation between the two greatest martial artists on Earth – a tale full of style and surprise which still finds room to reveal a deep well of psychological subtext.

Masterfully fast-paced, visual storytelling, allows Scott to carry the tales in frenetic bursts of information in motion. Pages go by without a single word and this discipline carries the reader through the adventures at dizzying speeds. More thrills follow in Point Blank.