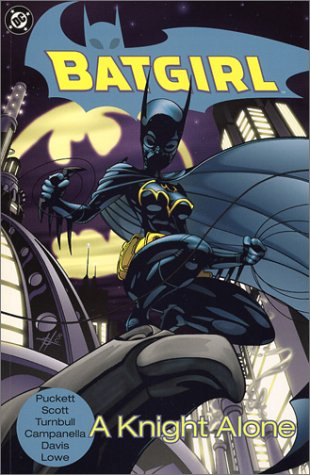 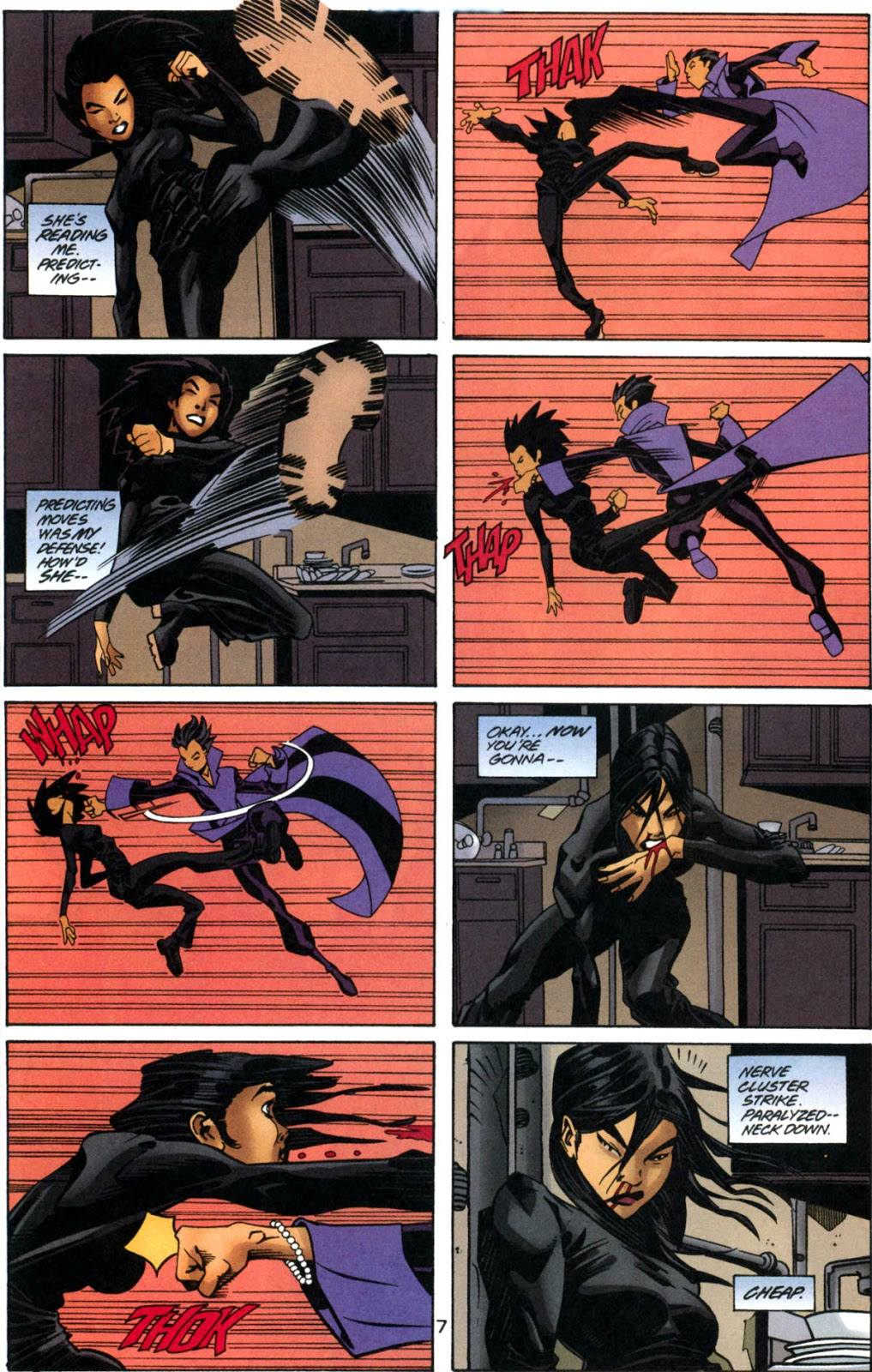 With Barbara Gordon assuming the identity of Oracle from the 1990s, the vacant Batgirl name was taken by Cassandra Cain, raised from birth as an experiment by martial arts super-assassin David Cain. She cannot communicate since her language centres have been over-ridden in an experiment to make combat her only communication tool. After testing her in Silent Running, Batman provisionally approved her presence as a protector of Gotham provided she was mentored by Barbara.

In a bold experiment, writers Scott Peterson and Kelly Puckett eschew the standard format of individually titled stories. Instead they craft a continuous string of high action, deeply moving episodes in which the neophyte street warrior battles the dregs of Gotham City while attempting to adapt to a life where not every person is her enemy. Visually expressive art from Damion Scott details Cassandra’s life.

As A Knight Alone begins a telepath has boosted Cassandra’s ability to speak, but inadvertently destroyed her gift to read body language, leaving her helpless against ordinarily easy opposition. Not the time, then for Lady Shiva to arrive in Gotham. The world’s deadliest assassin has personal reasons for testing herself against Cassandra, and provides a cure for her lost battle assessment sense, but only to further her own insane agenda.

Puckett writes the last two chapters alone, which is how the series continues in Death Wish, updating Cassandra with a new friend met during a daring rescue, and a new home.

Spellbinding, overwhelmingly fast-paced and terse to the point of bombastic brevity, this is a breakneck, supercharged thrill-ride of non-stop action that still manages to be heavily plot-based with genuine empathy and emotional impact. This content is also available spread over two later bulkier volumes, Silent Knight and To the Death, which also encompass Death Wish.