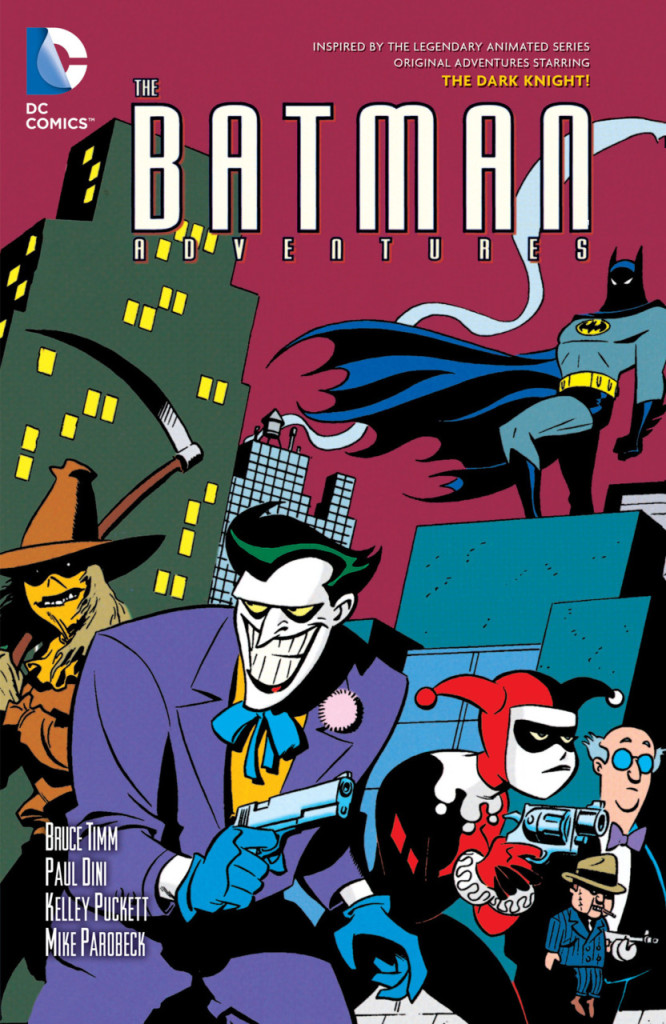 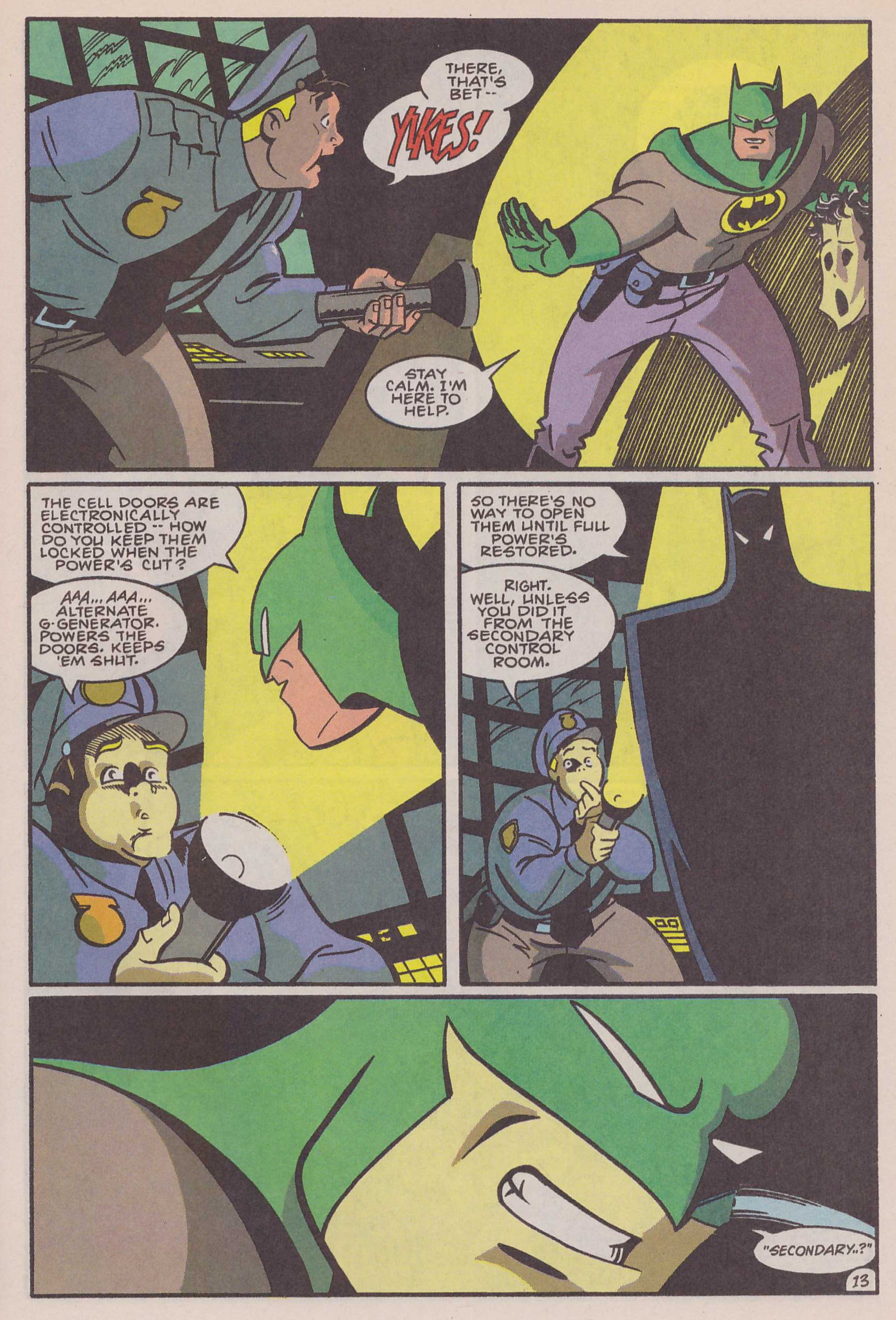 This third collection of stories based on the animated Batman series from the 1990s displays the lustre beginning to tarnish slightly. Stories told almost entirely without words result in an extremely rapid read, and the collaboration of Michael Reaves and Kelley Puckett involving three feral and transforming foes is as ordinary as any Puckett has been associated with.

Thankfully, this is the exception rather than the rule, and the book opens with the creators of the animated series turning their hand to the comic series. Paul Dini and Bruce Timm were new to comics at the time. This work appeared shortly after their acclaimed Mad Love special, and can also be found collected along with it. Timm illustrates Dini’s framing story, while others take on the chapters between. Dan DeCarlo’s an old hand and excellent, but John Byrne adapts to the animated style better than Klaus Janson. The standout is regular artist Mike Parobeck on a Ventriloquist story.

Elsewhere Parobeck delivers the meticulous and stylish storytelling that characterised his work on previous volumes. Perhaps the hardest of Batman’s foes to draw in a less threatening fashion is Two-Face, yet Parobeck softens his gruesome features to supply someone hovering around all-ages level. Rick Burchett’s inking is an ideal match, and a previously unsung hero is colourist Rick Taylor. He works with flat, animation style colour, but this is a brighter series than the cartoon inspiration and he often surprises with his choices.

The event chapter here is Superman dropping by, sadly with mullet (and pony tail as Clark Kent), but it just hits average on the quality scale, with the two following tales far better, dealing with facets of a driving obsession. Batgirl and Robin team on a case where there is no super-villain, but deduction is key, although Puckett reveals to readers early what’s being deduced. The opposing chemistry between the pair in and out of costume is well worked, and a simple plot when broken down is well presented.

We close with a tale of an olympic athlete who’s suffered a personal tragedy, not too dissimilar in fact from one experienced by Bruce Wayne. And their responses are very similar also.

Beyond that there are bonus pin-ups in the Batman animated style. You can’t go wrong with Mark Chiarello, Dave Gibbons, Mike Mignola, Kevin Nowlan, Alex Toth and Matt Wagner, but in such company perhaps Chuck Dixon would have been better sticking to writing.