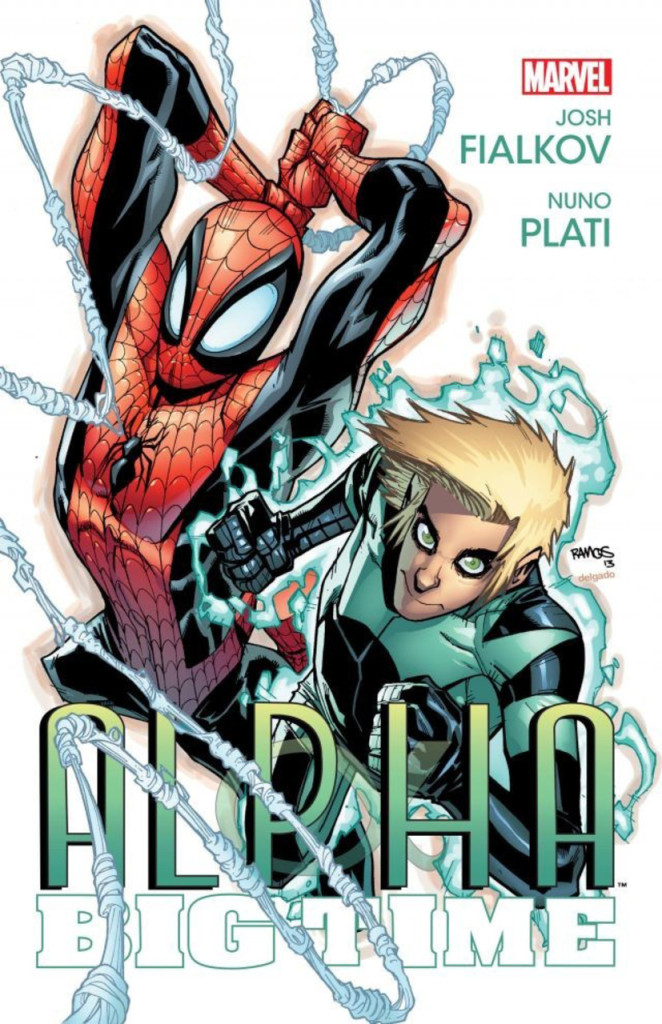 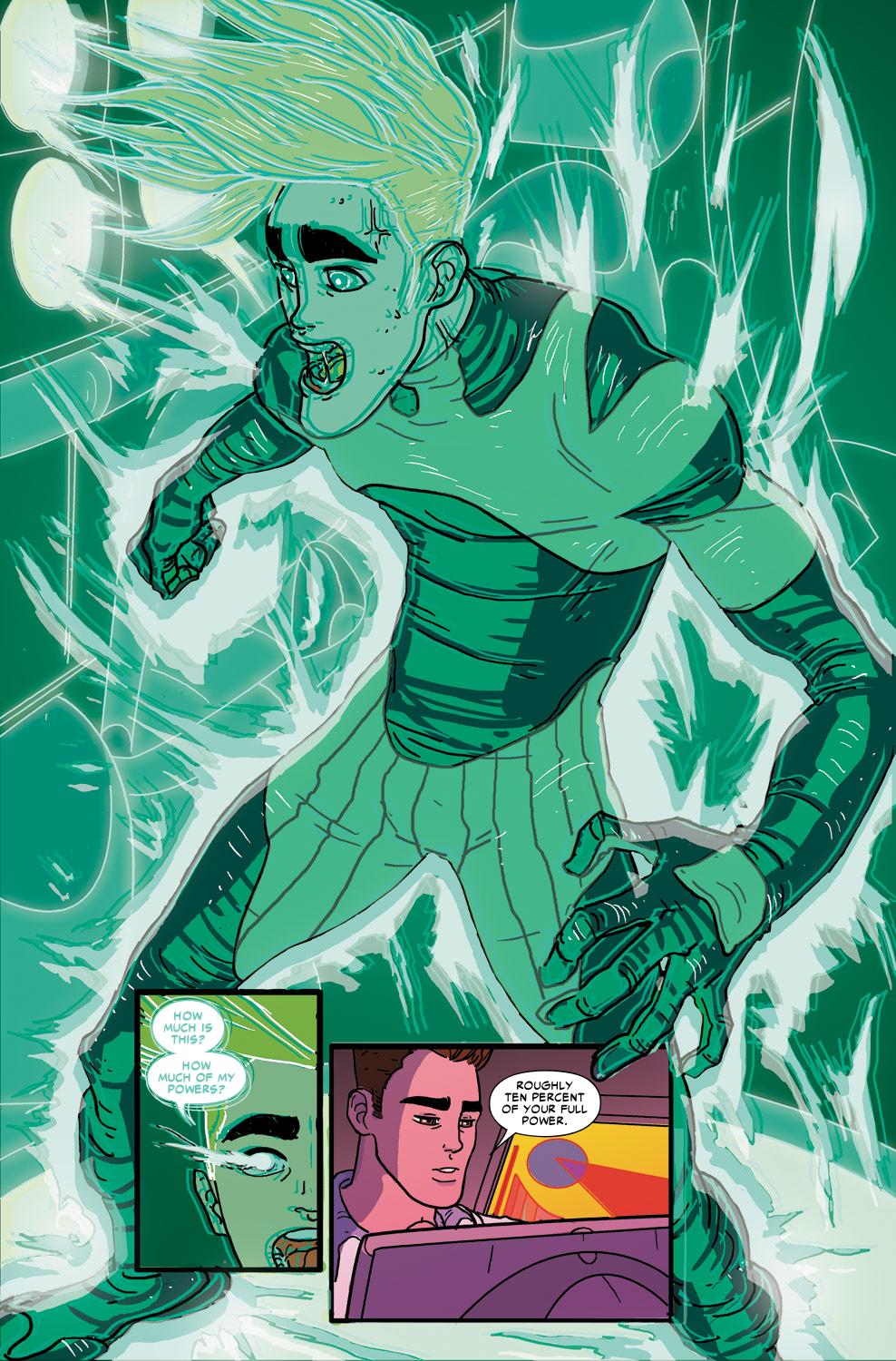 Alpha was created in 2013 in connection with the celebrations of Spider-Man’s fiftieth anniversary. Andy Maguire shares some traits with the high school era Peter Parker. He’s somewhat geeky and uncertain, but nowhere near the conscientious scholar Parker was, and in Spider-Man: Danger Zone it appeared his career had come to a conclusion.

Alpha was gifted with a whole selection of super powers, but the drawbacks were that he could only use one at a time, and his personality resulted in a reckless incompetence when in action. That recklessness led to a lack of concern in maintaining a secret identity, and now without powers he’s a target for every jock in the Pittsburgh school he moved to.

What’s the point, though, in having a graphic novel about that? His powers were suppressed, and a period of good behaviour and modified attitude results in a level of restoration, initially 10% of his full capability.

In the promotion for the original publication writer Joshua Hale Fialkov made the point that Peter Parker is the hero we feel we should be, yet in reality most of us would be more like Alpha. That’s possibly the case given the way he’s written, but let’s hope not considering the way he’s drawn. Nuno Plati’s cartooning is very stylised, building on the way Humberto Ramos originally designed Alpha. At times the characters are almost thin enough to be stick figures, and Plati provides everyone in Pittsburgh with pointed chins to rival the Joker, which isn’t an appealing look. He also colours his art, providing a flat, old fashioned animation gloss, but when that’s sidelined, such as in the second chapter’s battle with a monster, or Alpha testing his perception in the third, the look is spectacular.

Alpha follows a well-trodden path. Updating the Spider-Man template occurs roughly once a decade at Marvel (Nova, Speedball etc), and Fialkov makes a decent stab at the idea. Revealing Alpha’s uncertainties makes him a more rounded and likeable character than he was in Danger Zone, and the Spider-Man he’s interacting with here is Superior rather than Amazing, adding a frisson of extra tension. It’s a lot of fun, and might have been more so if differently drawn.