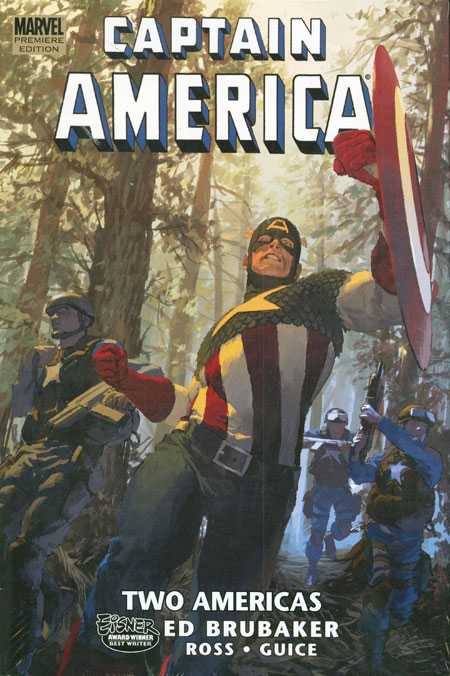 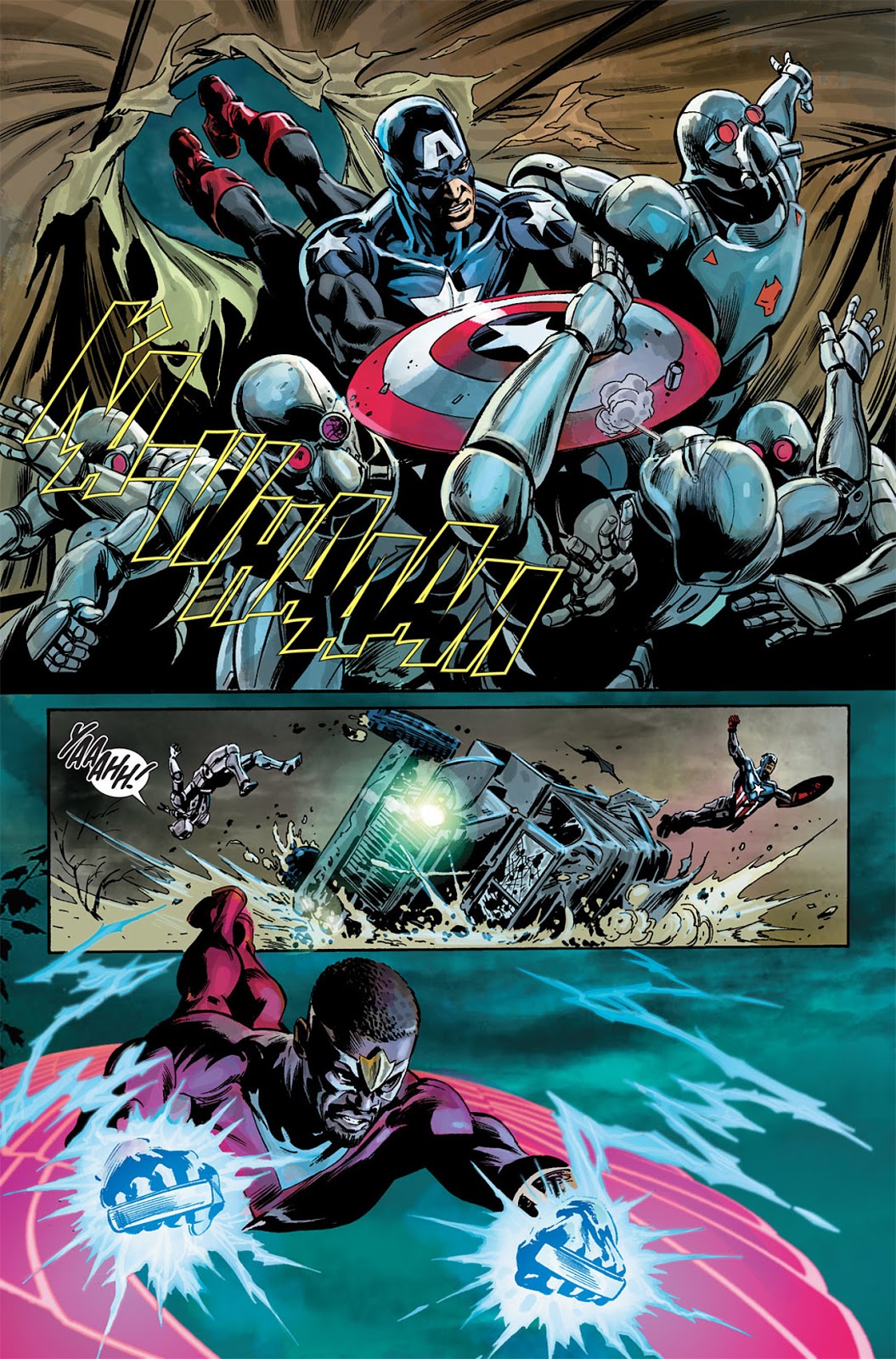 Having returned Steve Rogers in Captain America Reborn, Ed Brubaker first tunes in on the subsequent days. It’s a decently written character piece that explores both Rogers contemplating his future and Bucky Barnes planning to surrender the costume and shield he views as being on temporary loan. The only problem is that, in distressingly common manner for the era, the story doesn’t quite reach a conclusion before leading into a crossover. In this case it’s Siege, not included here.

Brubaker then turns his attention to a previous iteration, William Burnside who’d assumed the Captain America identity when Rogers was frozen in ice. His original intentions were noble, but a sneaking extremism progressed to crossing the line, an escalation attributed to a faulty formula used for his transformation. He’s been on the loose for a while, with Brubaker checking back in occasionally, but he takes centre stage in Two Americas.

As Bucky Barnes has been filling-in for Rogers the title is a pun, but it also refers to the underclass and disgruntled assembled in Idaho, united behind a costumed Burnside. Brubaker’s narrative includes a segment of snapshots through America shaping Burnside as he contemplates his idealised view of the 1950s and what’s required to return the USA to this mythical period. For those with longer memories, however, these views are much the same as when applied by Steve Englehart who revived the character to solve a continuity problem in the 1970s.

Barnes and the Falcon are dispatched to Idaho on a discovery mission, but this rapidly turns pear-shaped in what starts as a decent, unpredictable plot. It touches more on real world politics than most of Brubaker’s run, and while his sympathies are clear, he plays relatively fair with the opposing view. Not quite as smooth is Burnside’s grand statement. It could be written off as a manifestation of his insanity, but that’s not Brubaker’s tack, and it highlights that while there are some nice character touches, the story runs out of steam midway through, descending into the mundane.

The art throughout is competently provided by Butch Guice and Luke Ross, both modifying their art style from earlier volumes, subsuming it to resemble that of Steve Epting whose layouts and viewpoints were synonymous with this successful run. They switch roles, though, Guice pencilling the initial story, inked by Ross, then inking Ross’ pencils on the longer sequence.

The next volume is No Escape.