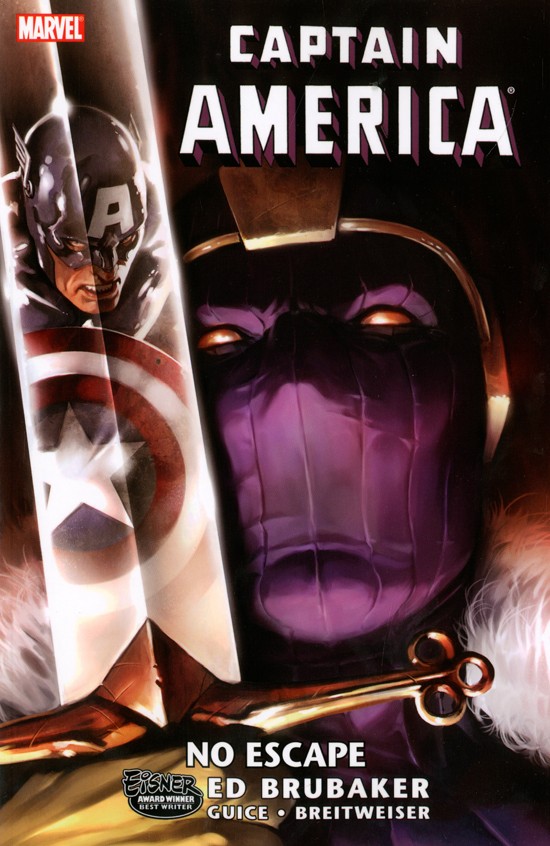 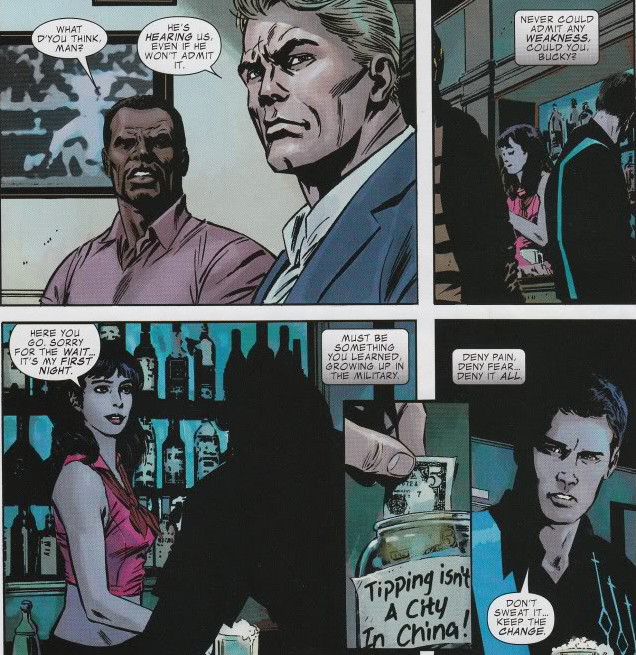 A major player from Captain America’s history has remained largely absent from Ed Brubaker’s run to this point, but he’s frequently found inspiration in Steve Englehart’s 1970s Captain America run and here’s the son of Baron Zemo, introduced by Englehart. The original was a World War II Nazi villain who went to his grave believing himself responsible for the death of Bucky, and his son had more recently been the guiding light behind the Thunderbolts. On discovering Bucky had survived his father’s death trap Zemo sets about avenging the family honour by collecting some knowledgeable allies to dismantle Bucky’s life.

It’s a relatively straightforward plot of cat and mouse, but a couple of elements raise it a level. The first is Zemo revealing to a previously ignorant world who the new Captain America is. That would be an inconvenience, but Zemo’s public information leak also involves Bucky’s Soviet assassin days. The gravitas and aura of confidence bestowed by Captain America is eroded in an instant, and that will have consequences in the subsequent Trial of Captain America. The other interesting point comes toward the end where Brubaker slips his own voice into Zemo’s dialogue providing the assessment of who Barnes is, which segues nicely into the doubts he’d been having in Two Americas.

An enjoyable aspect of Brubaker’s run has been his emphasis of Captain America’s support team, as it were, his allies and friends who play a significant part in permitting him to be who he is. Steve Rogers, Black Widow and the Falcon continue to be involved in helping out and mopping up, and they’re welcome.

Butch Guice continues as pencil artist, still largely mimicking Steve Epting, which is no bad thing, and while this doesn’t match the best of Brubaker’s run, it’s solidly entertaining material.