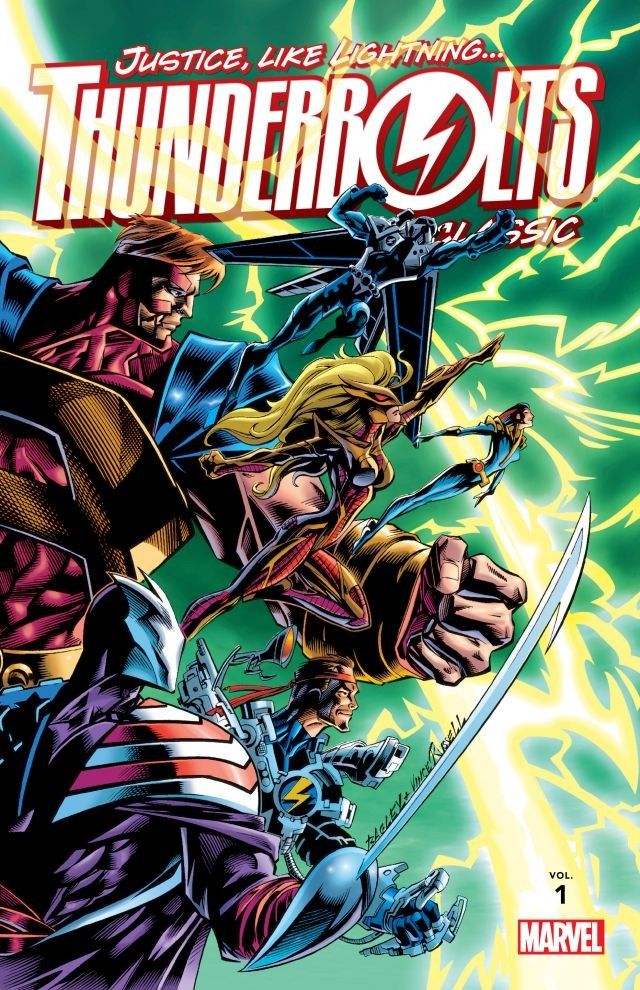 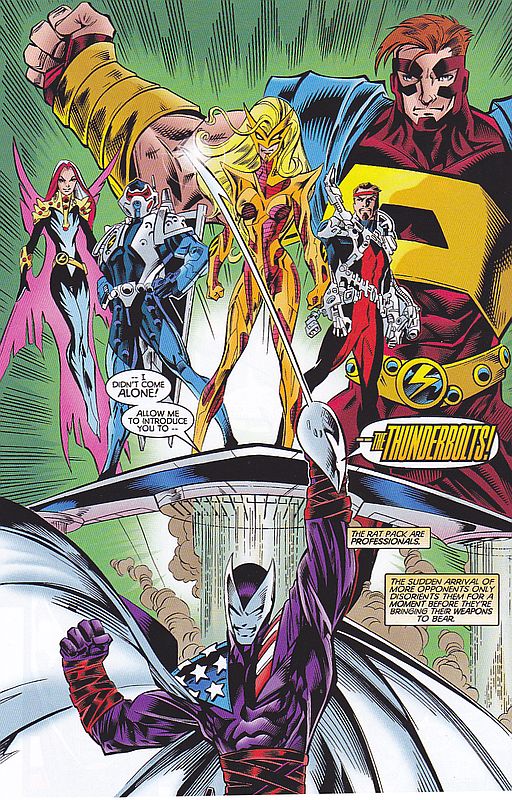 Thunderbolts might have one of the best concepts of modern superhero comics: a group of all-new characters purporting to be heroes are in fact criminals posing as heroes as part of a master-plan to access worldwide security and defence systems as a first step toward world domination. Such was the idea put forward by writer Kurt Busiek to Marvel back in 1997, launching a series that would last more than ten years, under various incarnations.

Techno (a gadget wizard), MACH-1 (a man in a flying, weaponised armour), Songbird (a woman gifted with a voice that makes solid-sound constructs), Atlas (a size-changing giant) and Meteorite (a woman with energy-wielding powers) are new in their superhero guise, but their original identities are those of mostly second or third-stringers villains from throughout the Marvel history. Their leader, Citizen V (a master strategist, supposedly the grand-son of a World War II hero) is in truth one of the big, bad guys of the Marvel universe, namely Zemo, a descendant of the 1940s Captain America foe. That’s not a spoiler, since readers learn the truth by the end of the first issue.

Besides the fun central idea of the series, the most interesting aspect of Thunderbolts is two-fold: the relationships between the characters, which deepen and become more complex as the stories progress, and the characters themselves, some of whom are real villains, while others are more people who have made bad choices. In this first collection, we already see that being applauded and admired for their seemingly unselfish behaviour has an unexpected effect on some team members, as they begin to feel that being (or behaving like) good people is actually attractive and rewarding in itself, while others are impervious to this. This grey moral zone differs greatly from the usual background to mainstream superhero comics, so even readers who came for the fisticuffs might remain for the development of the characters.

Joining Busiek as the co-creator is artist Mark Bagley. His pages are dynamic and eye-grabbing, but his art displays some excesses of 1990s superhero aesthetics, including impossible female anatomy — though he’ll calm down over a year or two of strips. His hard-hitting layouts are put to good use in the numerous fights between the ‘Bolts and their adversaries. Some of whom are villains who had been or could have been allies of theirs in their previous careers, such as a new grouping of Masters of Evil. An earlier version of that group, ironically, had been led by Zemo and featured most of the Thunderbolts. Mad scientist Arnim Zola conducts grotesque and tragic human experiments, which will lead to the appearance of a new Thunderbolt, a teenaged girl who has no idea her new friends are in fact criminals. Even more complications for the writer and the artist to play with!

The set-up of villains trying month after month to be seen as heroes could have led to a long-lived status quo, but Busiek is a better writer than that. It all comes to a head in the second collection, covering the end of the first year of stories. This first collection also includes comics from other characters’ series (Hulk and Spider-Man, among others) guest-starring the Thunderbolts, used by Marvel at the time to promote the new series.

A new printing of this book was issued in 2016, but the 2012 collection is still available. 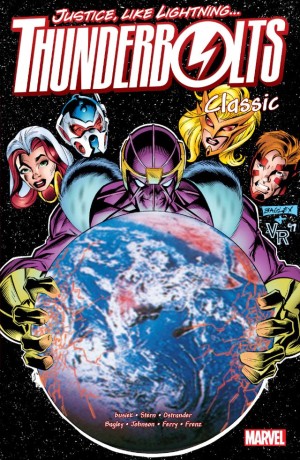 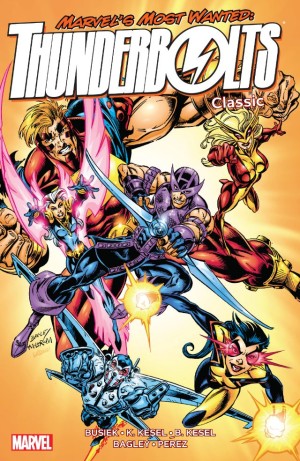 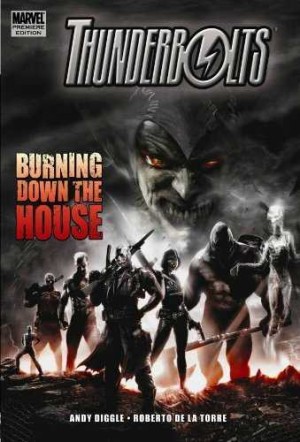