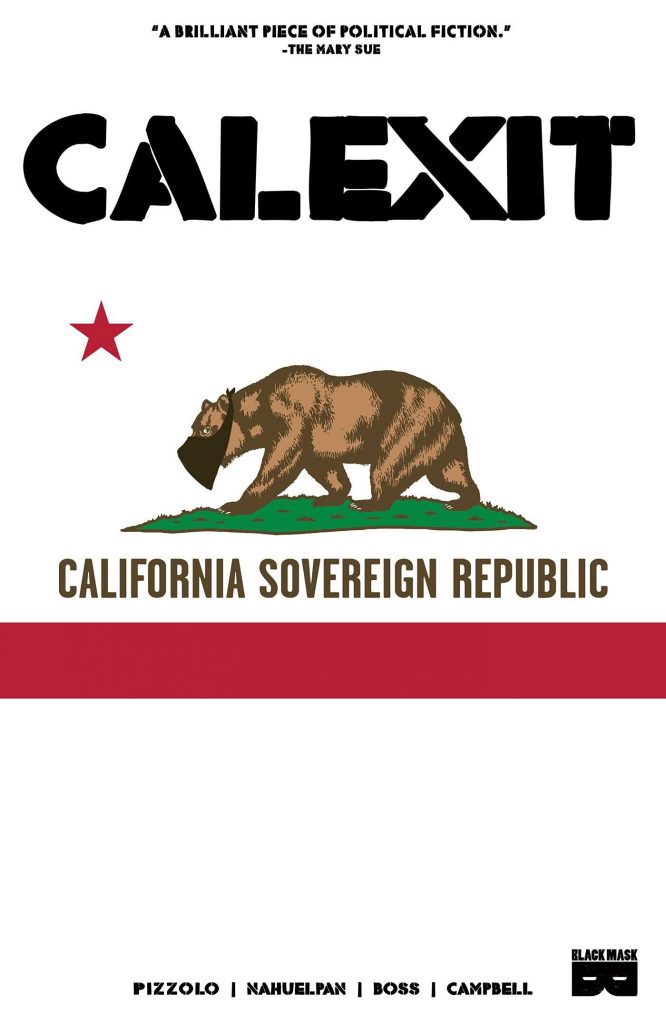 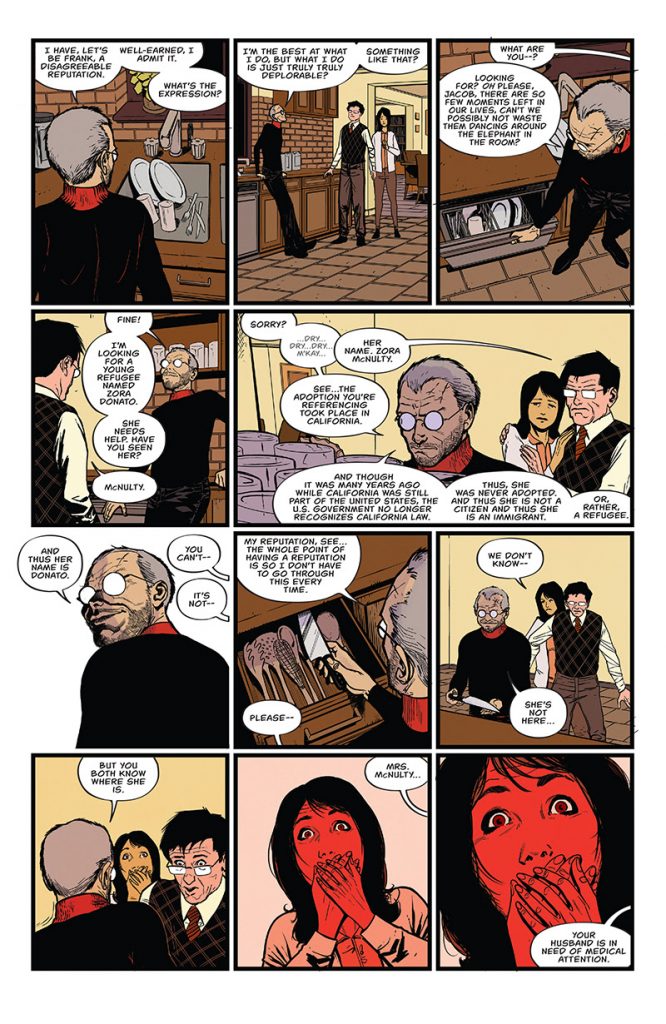 Calexit was marketed on the basis of it being a politically charged series about California breaking away from the USA. While that is the case, the political situation is more an intriguing backdrop for an interesting action thriller, as the politics prompts events, but never dominate.

The extremes of US politics since 2016 have almost been beyond satire, so California acting as a safe haven for immigrants due for deportation treads a thin line to avoid becoming too obvious and trivialising valid issues. After a funny Donald Trump satire on the opening page, Matteo Pizzolo circumvents potential problems by personalising the troubles and immensely complicating the bigger picture. He turns California into the Syria of 2018, with several different groups jostling for control while innocents are caught in the crossfire.

Pizzolo is very influenced by Howard Chaykin’s work on American Flagg!, having news broadcasts and commentary constantly running in the background updating information, while the primary focus is on assorted people with vested interests. Smart-mouthed courier Jamil has none beyond his work and being paid for it, while Zora is a politically motivated resistance fighter. They’re chalk and cheese, which has frequently been the basis for good character interactions, but here they barely get started. Even better than them is Father Rossi, high ranking in the homeland security forces, a deeply evil man, yet beautifully rounded out by Pizzolo.

This complex story is given clarity by the extraordinarily talented Amancay Nahuelpan, using a far more restrained and realistic style than he applied to the wild Clandestino. As there, his characters are well designed and distinctive, although modifying his natural style leads to some posed stiffness. That soldiers in helmets with glass visors are strongly featured makes for some nice reflected images,

It’s the attention to detail that makes Calexit so interesting. The bonus pages show how much work Pizzolo put into the background, the near future is established by Jamil’s AI drone, and Pizzolo ensures the cast are consistent and credible. He still surprises with them, but after those surprises it occurs that what happened was completely in character. It’s a story that grabs the attention and holds it, which makes it all the more disappointing that it cuts off early and that there’s been no hint of continuation.

Around a third of Calexit is text back-up features, Pizzolo interviewing people with political views he finds interesting. These tend to the liberal and social activist end of the political spectrum, and blocking so many together leads to repetition, but Pizzolo’s choices ought to interest those whose views coincide with his, and credit to him for making the effort and giving them a wider forum.