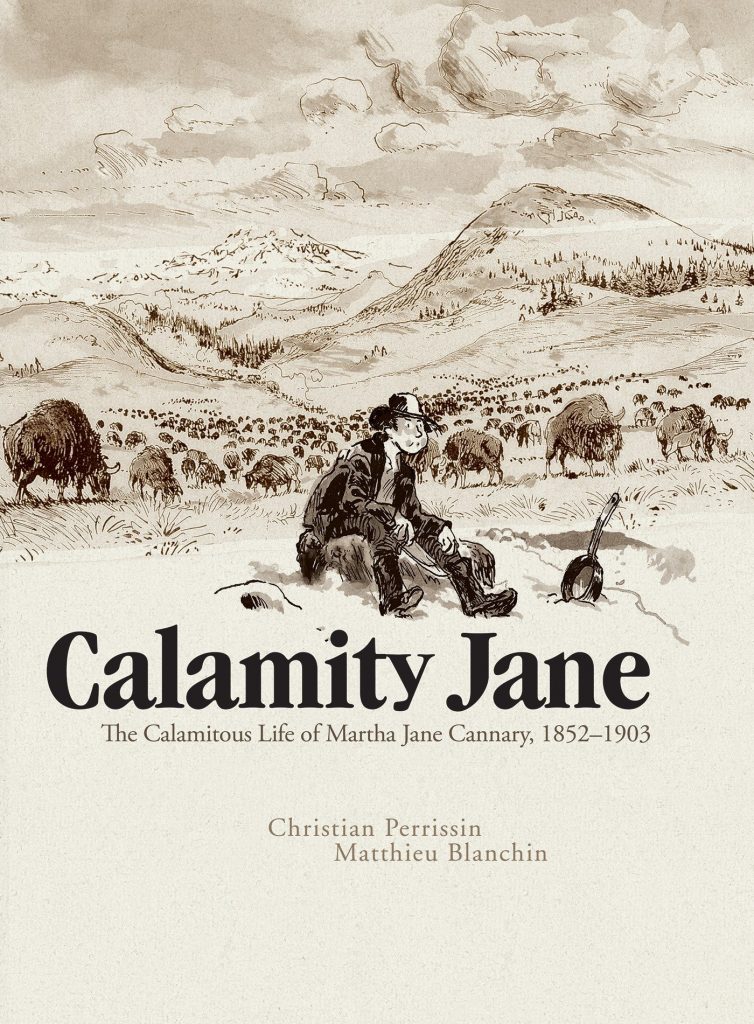 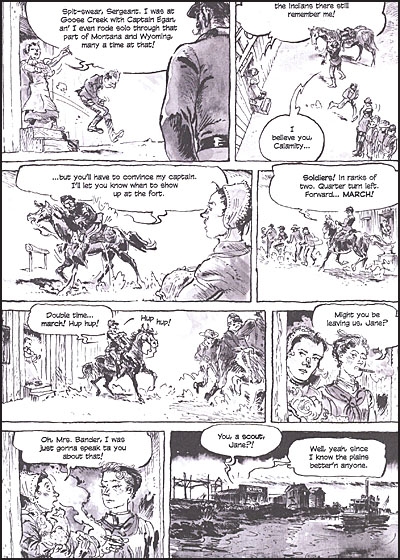 Other people’s lives are fascinating. Check any TV schedule to affirm that watching what neighbours or strangers have done, are doing or want to do is a major drive for us nosy hairless apes, and it’s even more enticing if we’re allowed a smidgen of comparison and an ounce of judgement, too.

One problem with famous dead people is that we’re forced to make those assessments at a remove – because they’re dead – and only have records or, worse, myths and legends to construct our portrait from. Thankfully, we’re pretty imaginative monkeys too and have drama to help us fill in the gaps and flesh out the characters.

Those gifts prove immensely valuable to author Christian Perrissin and illustrator Matthieu Blanchin in the creation of a graphic biography demythologising one of the Wild West’s most enigmatic icons. This monochrome, duo-toned hardback (and digital) translation offers their three volume collaboration in one titanic tome, blending the often-sordid facts of outrageous adventures, unflagging spirit and astonishing determination into a tapestry that shows the underbelly of the American dream.

In her life, Martha Jane Cannary worked hard for little reward, met scoundrels and scalawags, gunslingers and heroes, lived on her wits and determination and was forced far too often to compromise her principles to preserve others as well as herself. She knew many famous men in many infamous places.

With great warmth and humour, the creators construct a portrait of the very real and strong woman behind all the stories, many concocted by Martha Jane herself, as she survived against impossible odds, doing whatever was necessary to survive and protect her family. Her tale begins with a graphic note from the creators, citing their sources and contextualising her life and times in ‘The Mormon Trail…’, before the unforgettable life story begins in an overcrowded cabin in the desolate prairie region of Utah.

Calamity Jane was present throughout much of the most infamous moments of American West in the most iconic locations. She had far more enemies than friends and was more often despised and ostracised than honoured, but always carried on, living her life her way. It was often tainted by tragedy, but she also scored her share of triumphs and experienced joy and love – and always on her terms.

This is a compelling and utterly mesmerising chronicle of authentic western principles and achievement that will enthuse and enthral anyone with a love of history and appreciation of human strength and weakness. 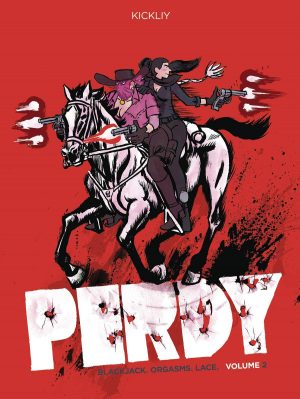