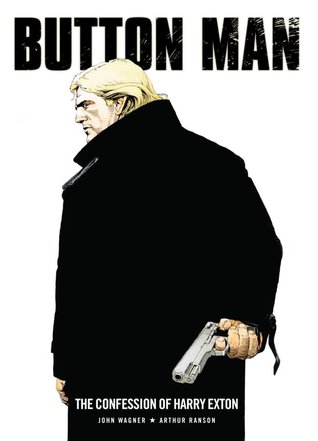 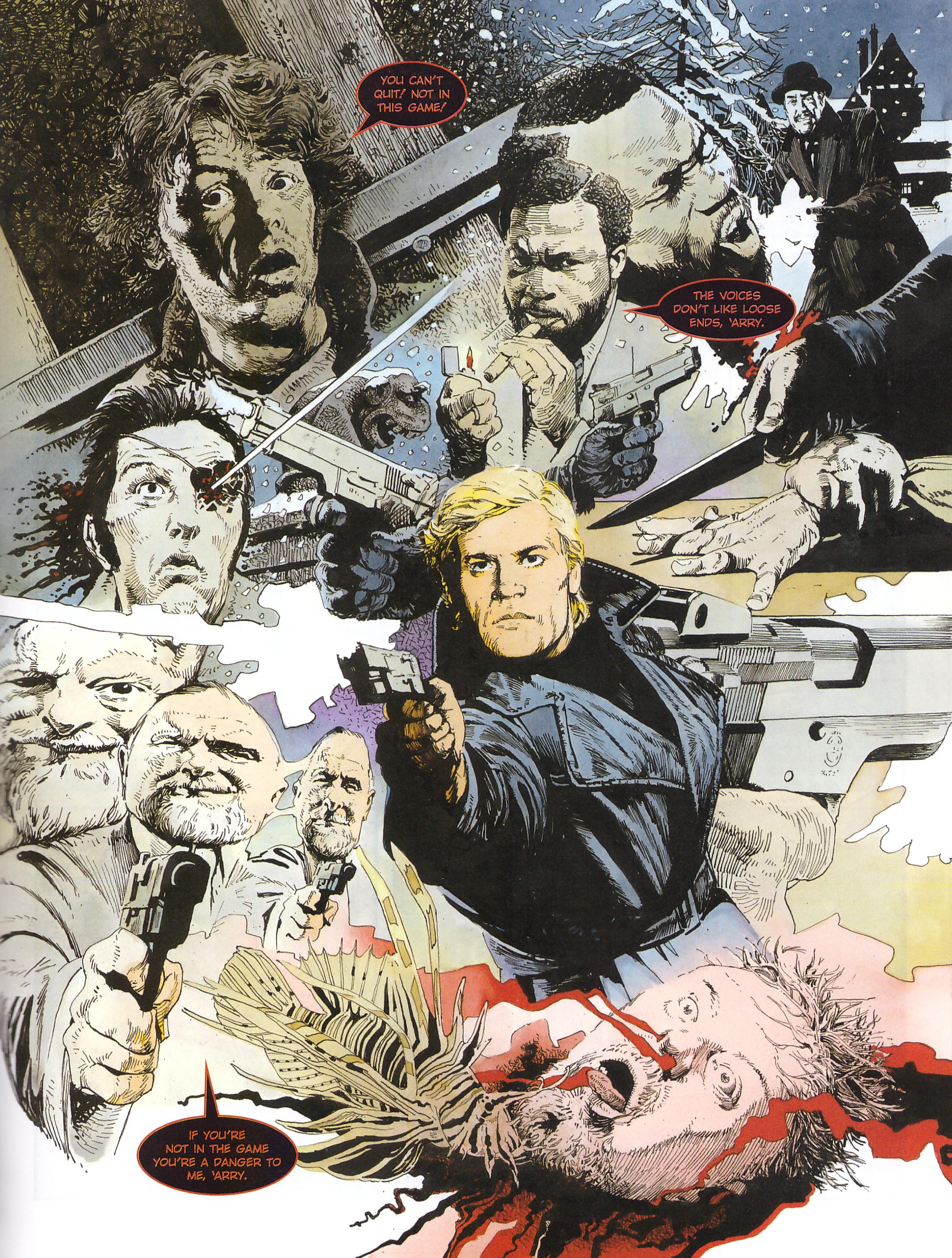 As introduced in The Killing Game, anonymous rich gamblers known as Voices employ specialists to represent them in what they call The Game. Killers are pitted against each other, the survivor earning a lot of money, and earning his Voice even more as the result of bets. The opening volume introduced us to ex soldier and mercenary Harry Exton as the focal point. Did he survive? Well don’t read into the next paragraph if you’d prefer to sample the first volume without knowing anything about its conclusion. John Wagner and Arthur Ranson set their sequel in the USA, and it’s every bit as gripping as its predecessor.

Titling this volume The Confession of Harry Exton maintains some suspense as to whether or not Harry survived his attempt to quit during The Killing Game. However, as it’s necessary to the review, he did. He quit, but has been smuggled to the USA while recovering from injuries, and reconsiders his position in the light of the even greater amounts of money he can make participating in the American version of The Game. His Voice chooses not to hide behind anonymity, and for a while everything seems to be going very well for Harry.

In order The Confession doesn’t retread old ground, John Wagner is imaginative with both the locations selected for the murderous contests, and their sheer variety. There’s the danger of harming innocents in a very public place, a cinema encounter cleverly counterpointed by the on screen vampire movie, and an old-fashioned Western ghost town among others. Harry is deliberately unlikeable, being a cold fish and relishing in his executions, so Wagner provides the audience with an alternative point of sympathy as the stakes are raised, and Harry’s in danger of becoming too successful, thereby alienating his backer and those he bets against.

As previously, Arthur Ranson’s figurative art is near perfect, looking even better this time around for the variety of locations and the inclusion of an alluring woman to contrast The Killing Game’s resolutely male world. Many comic artist working with near photographic realism as their preferred style have as stiffness to their action scenes, unable to loosen the figures when taken from reference, but Ranson’s good enough to avoid this and is convincing when the cast are moving.

With any illusions gone that Harry might not survive events, Wagner sustains the tension via the possible horror of what he might do. His eventual target is very well protected, and considerably resourced, so a challenge even for Harry. As previously, Wagner can’t completely avoid genre tropes, so a few minor aspects are predictable, but balanced against the overall thrills, they’re of no consequence. Harry’s escapades continue in Killer Killer. The entire Button Man series drawn by Ranson is also available as Get Harry Ex.