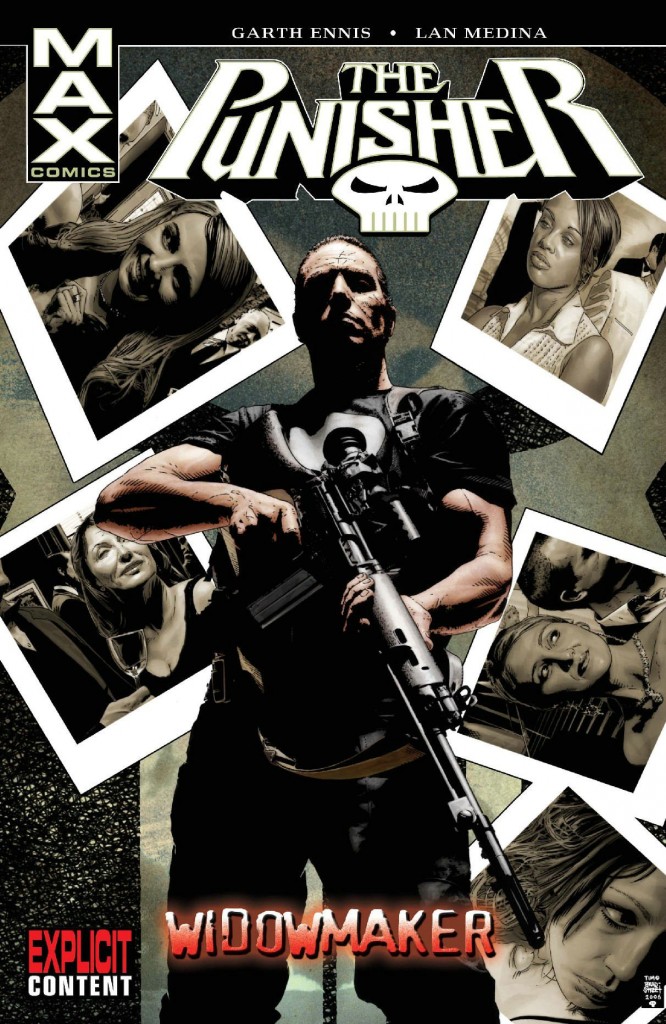 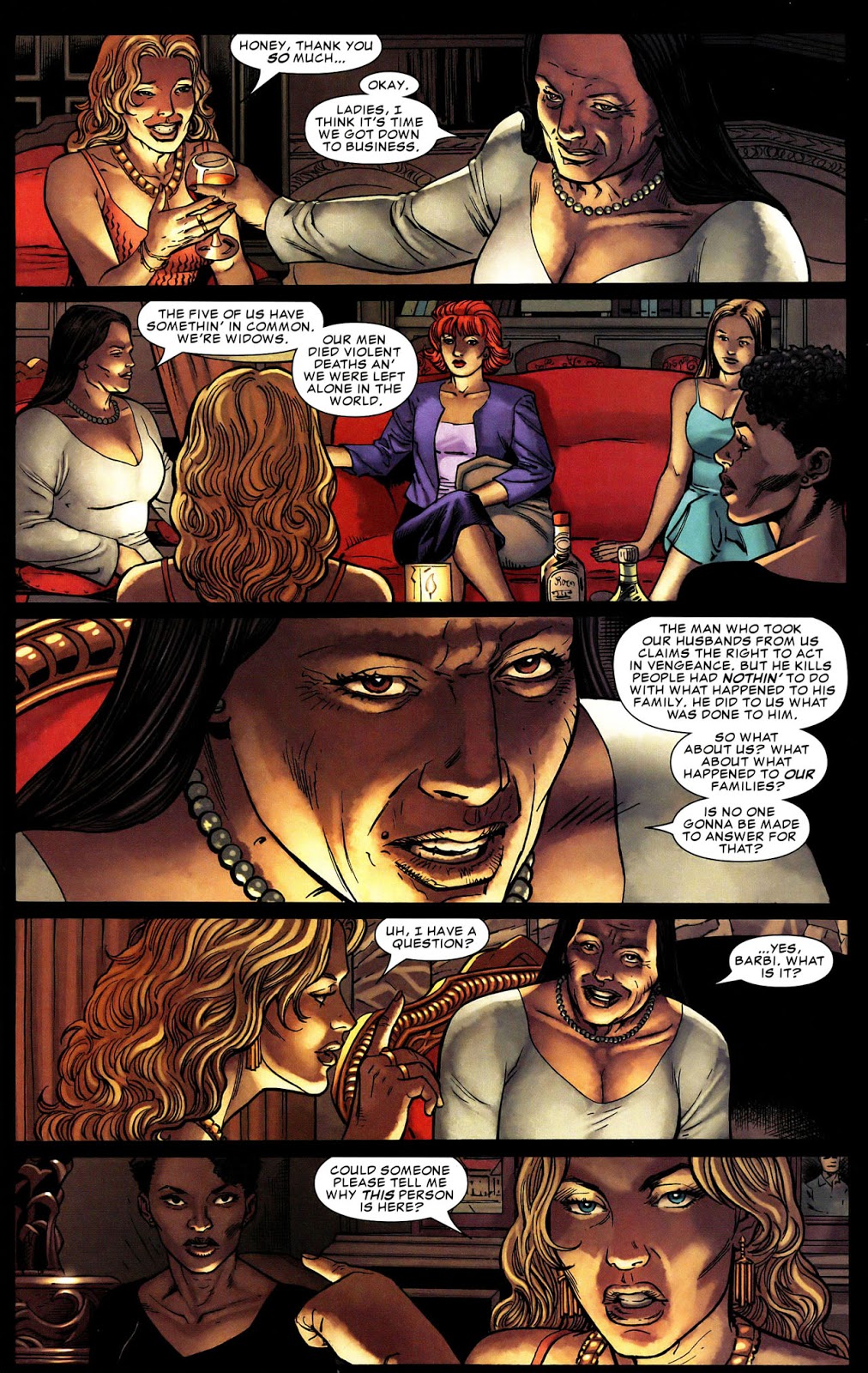 In unforgiving type, the plot of Widowmaker appears more suited to the comedy Punisher stories Garth Ennis previously wrote. A bunch of bitchy desperate housewives gather in an expensively furnished house. They’ve all been widowed at a relatively young age when the Punisher killed their husbands, criminals one and all, so they decide they’re going to take revenge. Their conversation is interspersed with a woman picking up a guy in a bar, fucking him, then battering him.

It may sound a dumb idea sourced after a few too many pints late in the evening, but credit to Ennis, he makes it work, largely by virtue of almost all the women involved being every bit as vile as their husbands. That’s the reason they’re being targeted by the woman from the bar, Jenny, who has a horrible tale of her own related to the Punisher’s activities.

The Punisher’s only appearance in the opening chapter is in flashback, but he starts the next in one of those scenes Ennis is so accomplished at delivering, meting out justice to people so vile that Frank Castle’s methods almost appear palatable. The conscience of this story is Paul Budiansky, a cop who refuses to buckle under to his corrupt superior whose values are so skewed he’d prefer to see procedure followed than lives saved. His tolerance for bullshit only takes him so far, though, and he fears he might be tempted by the Punisher’s methods.

This is Lan Medina’s only Punisher artwork and he delivers a realistic gloss similar to Leandro Fernandez, with his violent scenes and polite living room conversations equally accomplished. However, it’s worth considering how skilled and adaptable Medina is by noting before starting work on this he’d been the artist who launched Fables, and its completely different look.

Widowmaker is also collected along with Man of Stone in the hardback Punisher Max volume 4. Long Cold Dark is next. All three stories also feature in the oversized hardcover Punisher Max by Garth Ennis Omnibus Vol. 2.