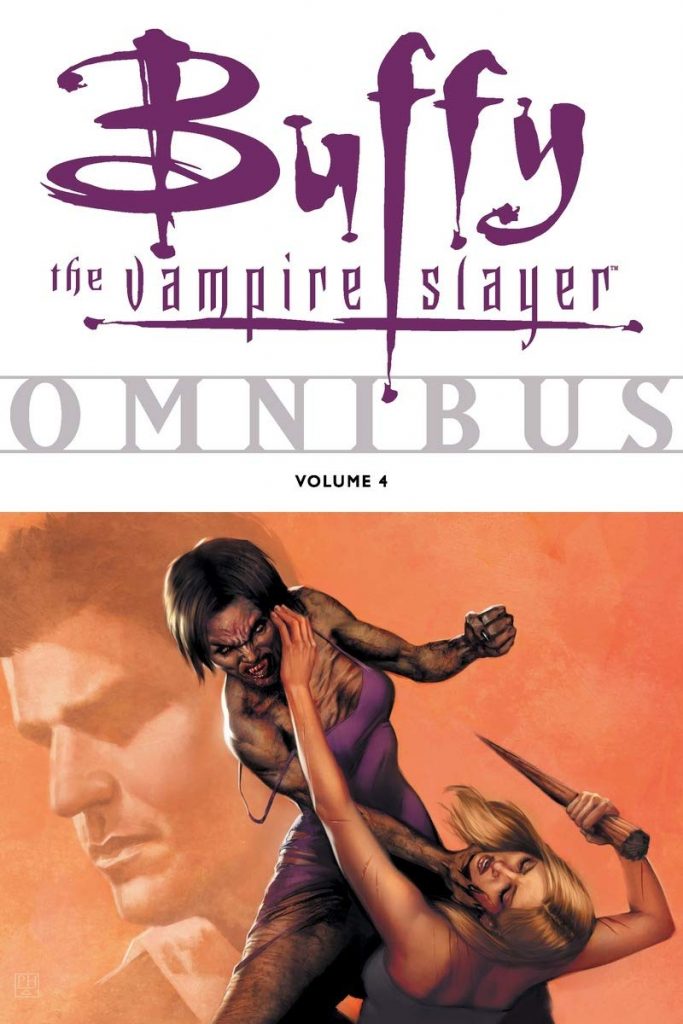 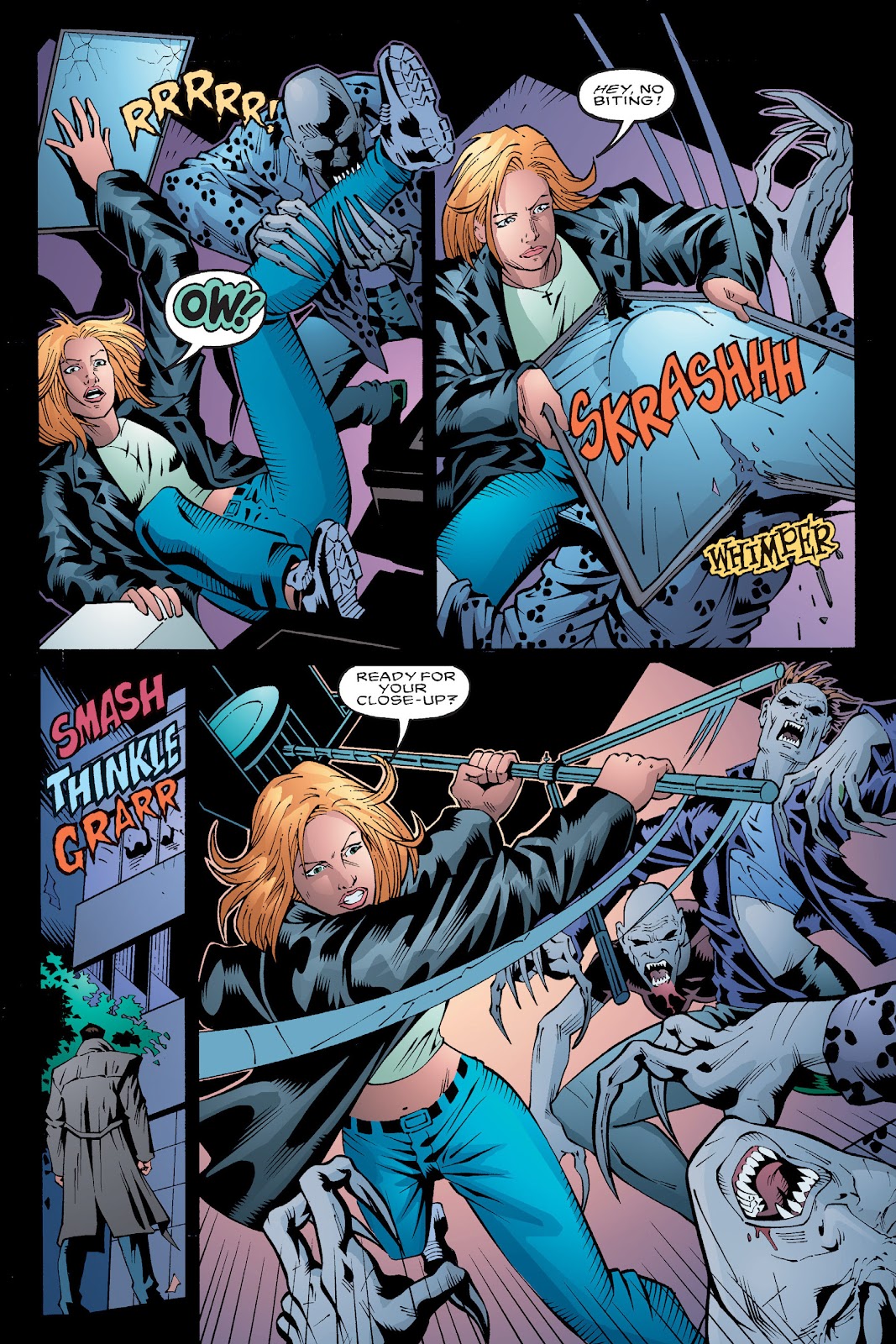 Buffy the Vampire Slayer debuted as a motion picture starlet, but found her home after migrating to the small screen, so comics seem a natural progress. The Omnibus run re-convenes earlier stories for your delectation as a chronological continuity rather than repeating original publishing order, as these earliest stories were set during the third TV season.

Andi Watson writes the first selection, a thrilling and ambitious ten issue epic ‘Bad Blood’ with Joe Bennett (sample page), and latterly Cliff Richards on art, originally spread over trades Bad Blood, Crash Test Demons and Pale Reflections. Follow the links for more specific detail, but they involve a lone wolf vampire Selke stirring up trouble among the other vampires of Sunnydale, and having a scientist synthesise a form of blood to restore her youth.

A selection of short stories follows, beginning with ‘Bad Dog’ by Doug Petrie and Ryan Sook, depicting the Slayer hunting for reluctant werewolf Oz on one of his “wild” nights. ‘Hello Moon’ – written by Dan Brereton and Christopher Golden, with Bennett art is a thoughtful vignette wherein Buffy instinctively attacks a monster on the beach only to realise she has much in common with her target. ‘Cursed!’ by Golden and Hector Gomez then sees brooding Bad Boy Angel guiltily regaling Buffy with the horrific events he perpetrated following his rebirth as a bloodsucker in Ireland circa 1753. Watson and David Perrin then glimpse at Giles’ early career as a supernatural investigator tackling a nasty case of bodysnatching, resurrectionism, reanimation and ‘Dead Love’. ‘Stinger’ by Golden and Gomez details Xander’s attempts to save Willow from a bullying stalker lead to a clash with a fear-feeding scorpion-thing, after which Watson contributes hilarious change-of-pace gag strip ‘Mall Rats’. Then Golden and Eric Powell expose ‘Who Made Who’ with Spike and Dru’s notoriously “open” relationship going through one of those spiralling phases that always results in jealousy, spite and mass-slaughter.

Angel eventually spun off into his own TV series, but from the start was a big enough draw to earn his own comic. Angel: The Hollower by Golden and Gomez details how, even after reverting to exquisite evil before being redeemed again, his past would always haunt him. Follow the link for a more detailed review, but not much inspires.

The manic mystic mayhem then concludes with a postscript to the Season 3 TV finale as ‘Graduation Day’ (by Petrie, and Jason Minor). It simultaneously follows Angel as he heads for his new mission in Los Angeles and stays in Sunnydale with Buffy when a demon who feeds on lost hope targets both monster-hunters at once, eager to destroy them both at their lowest emotional ebb.

By and large visually compelling, winningly constructed and racing along at hell-for-leather pace, this arcane action fearfully funny fright-fest engages even if you’re not familiar with the vast backstory. It’s a creepy chronicle as easily enjoyed by the most callow neophyte as every dedicated devotee. 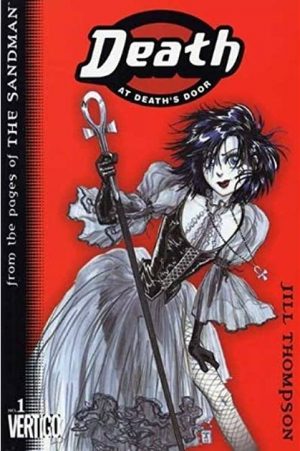 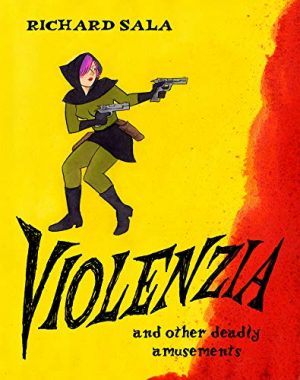