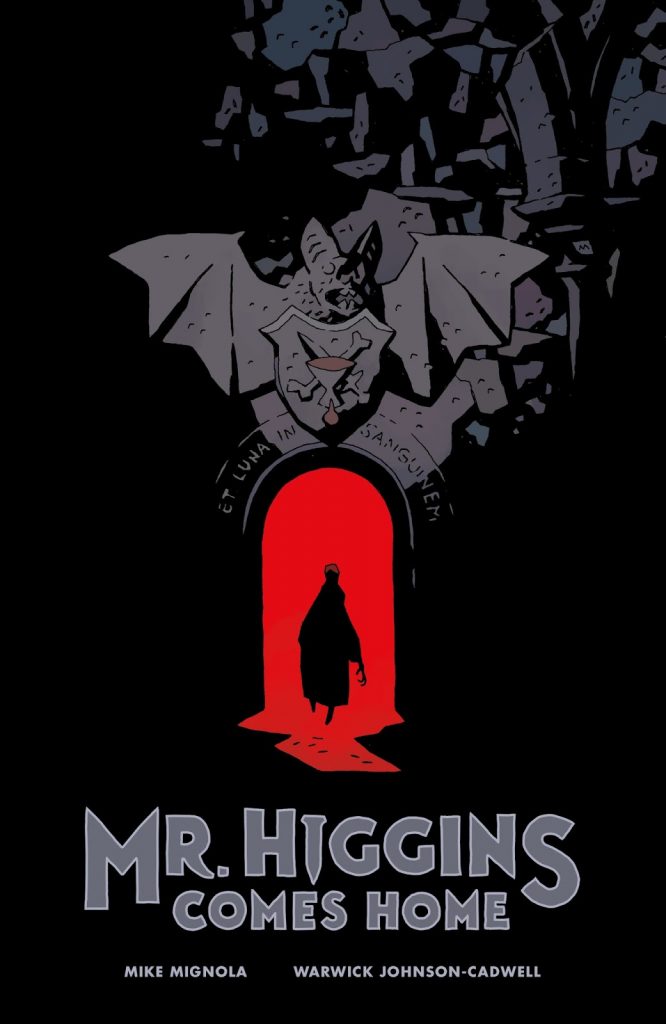 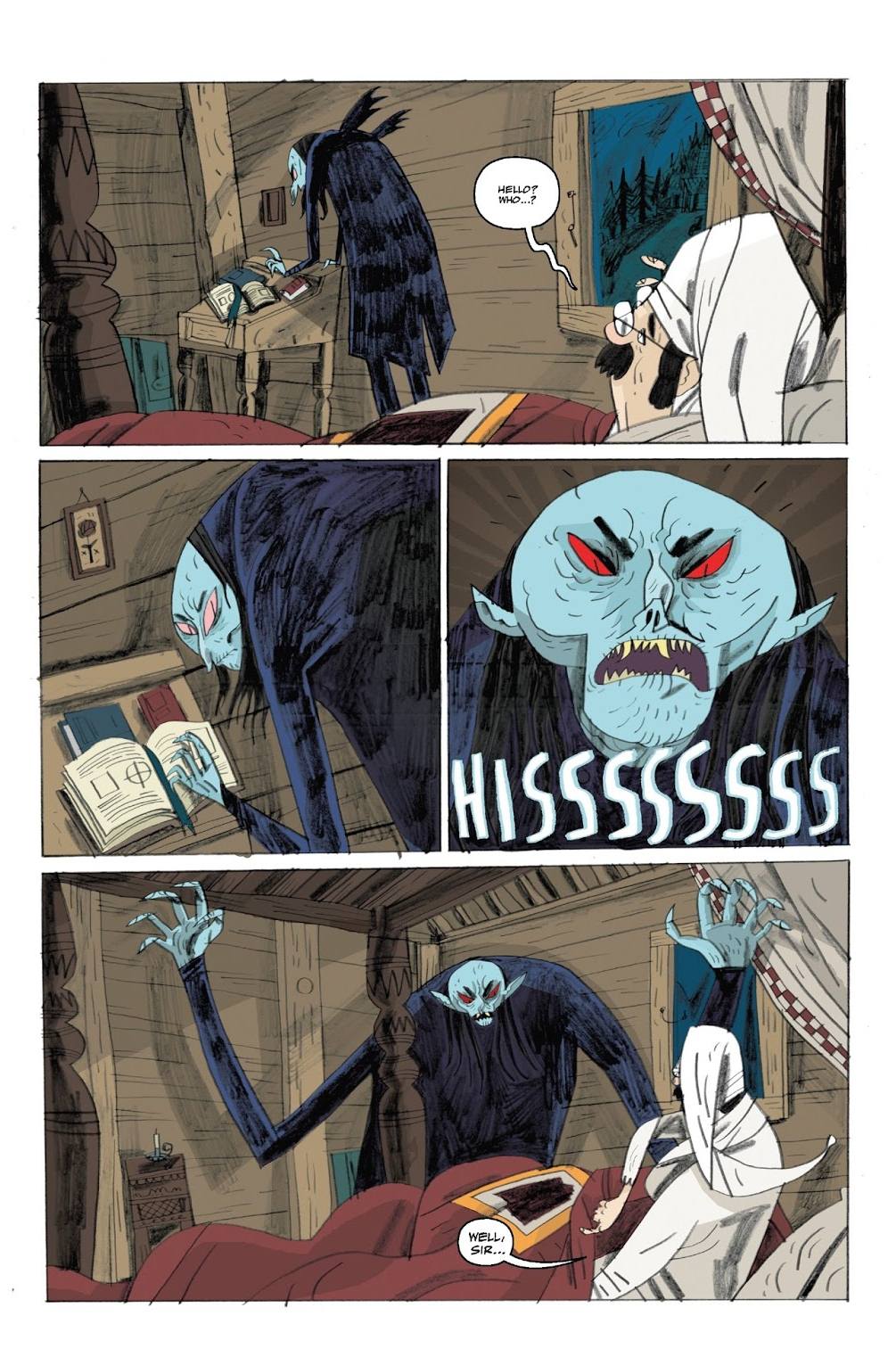 Mr Higgins has been institutionalised for a long time, ever since that horrible incident with his wife and Count Golga, the vampire. It has to be conceded that he went a little over the top, and these days on a full moon he can still take a violent turn, but for the most part he’s come to terms with his life until vampire hunter Professor Meinhardt comes visiting. Meinhardt’s presence is the last thing Count Golga needs, what with the fun of Waldpurgis Night approaching and all his mates due to arrive for the shindig.

In this elegantly produced, but slim hardcover Mike Mignola writes a playful tale of the supernatural, an exaggerated homage to the Victorian period Hammer movies he presumably grew up watching. The tick-box list of mysterious European small town, gothic castle, lurking henchman, and glamorous vampiress rather gives the game away, and the gaunt figure of Count Golga isn’t that far removed from Christopher Lee, even as drawn by Warwick Johnson-Caldwell. His art’s interesting. The loose, yet detailed cartooning is a long way from the artistic refinement of those Mignola usually collaborates with on his supernatural stories, but a change of mood requires a change of art and Johnson-Caldwell nails that mood perfectly. His characters are drawn as if playing roles, and the panels are filled with interesting little side elements, such as the castle walls packed with pictures and trophies.

The story’s a slim one, and Mignola leaves a lot of the storytelling to Johnson-Caldwell, intruding only to explain where necessary, the words diminishing as the pages turn. There’s plenty of dry humour to Mignola’s other projects, but perhaps outright farce may not appeal as much to his fans. Nevertheless, Mr. Higgins Comes Home is very funny, and was successful enough to see Professor Meinhardt and his assistant Mr Knox return in Our Encounters With Evil. Unfortunately, Count Gotha was unable to attend.