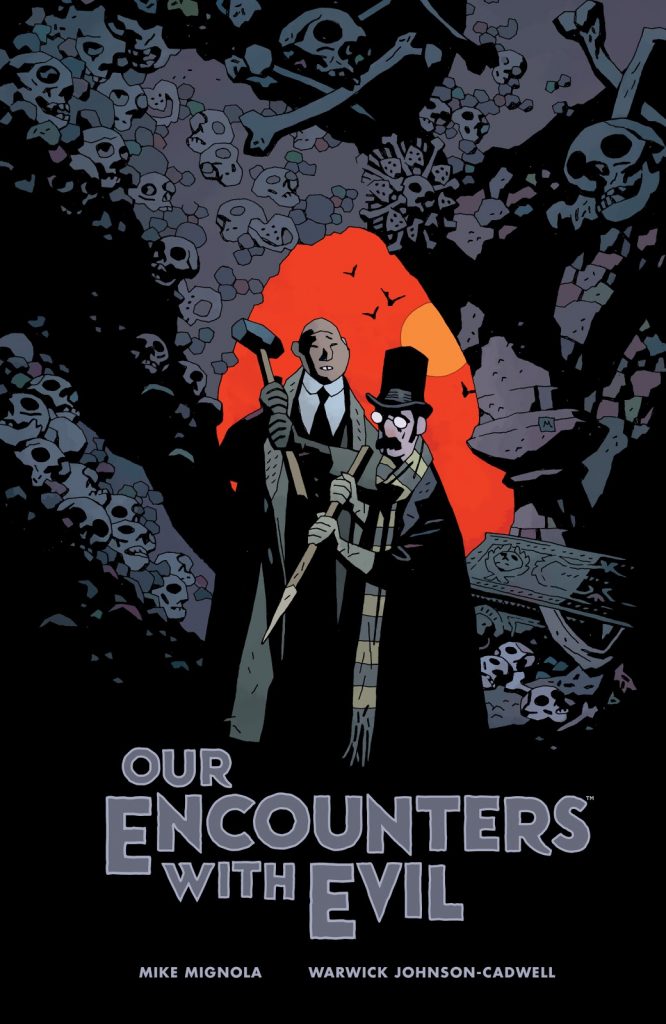 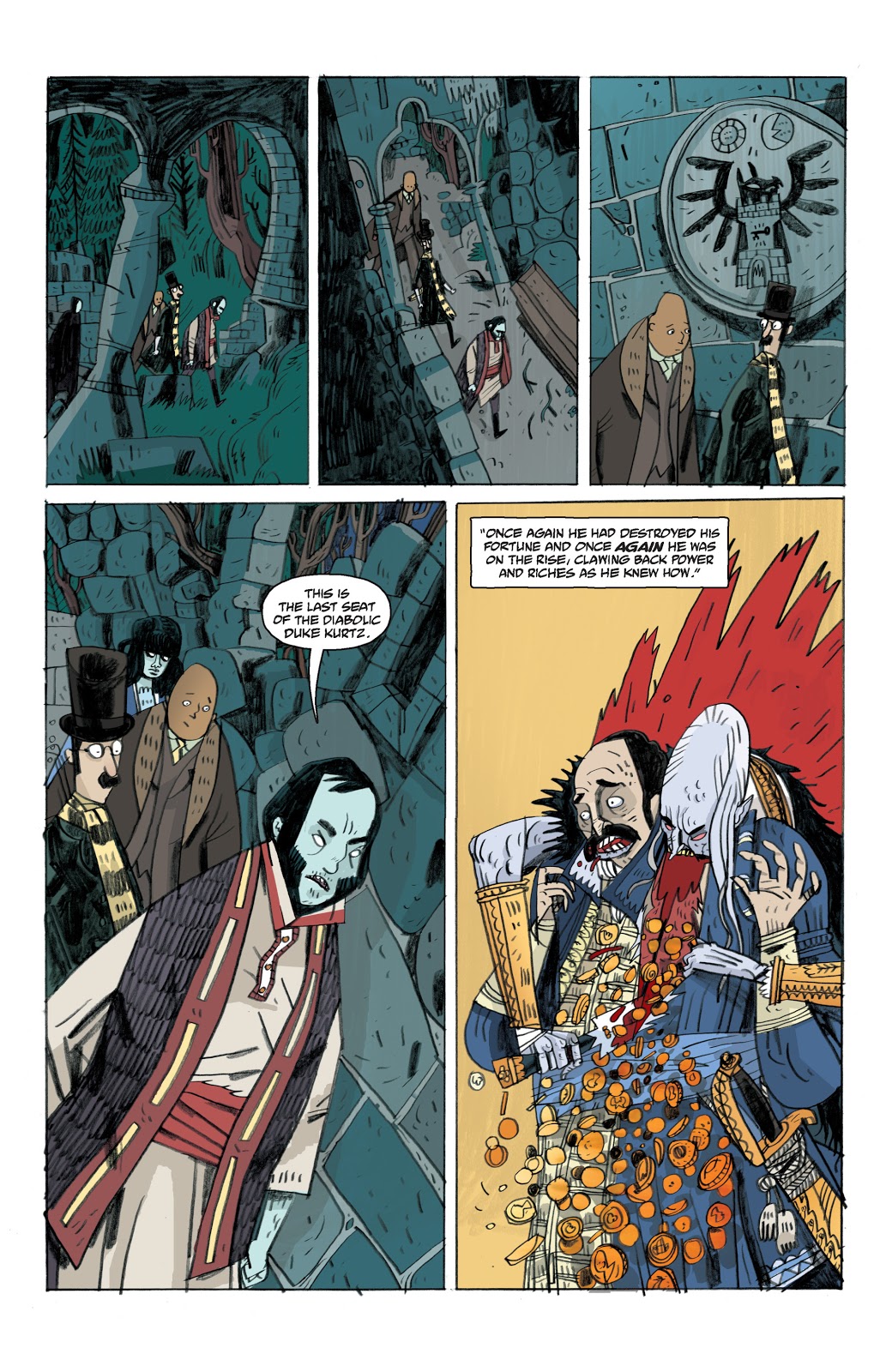 Professor J. T. Meinhardt and his assistant Mr Knox are 19th century vampire hunters, responsible for putting an end to multiple terrors. They were introduced in the Hammer horror homage Mr. Higgins Comes Home, created by Mike Mignola and illustrated by Warwick Johnson-Caldwell.

Although it shares the same hardcover format with a Mignola cover, this is a slightly different proposition, shorter stories rather than one long piece, and written as well as drawn by Johnson-Caldwell. There’s no problem with the drawing. It’s wonderfully eccentric in bringing the characters to life, very detailed, and with some lovely design elements such as the ornate costumes some wear or the monsters themselves. The movement is also fantastic, whether rushing, skulking or creeping, with something of Christophe Blain about it. However, Johnson-Caldwell can’t match Mignola’s writing skills. The plots are fine, but the pacing and the character moments fall short. The longest story concerns the fearsome Duke Kurtz, possibly revived again to strike terror in the community. It’s a viable premise, but the pacing is off. Including a prologue, it occupies about half the book, yet too much of the story is Professor Meinhardt wandering about, and as clever as the ending is, it doesn’t provide the climax we might have hoped for after such a protracted set-up.

Flaws also apply to the second longer story, ‘Siegfried’, in which readers are made aware that Mienhardt is walking into a cunningly constructed trap. The idea is good, and were this a story where the intention is to perpetuate tension and drawn as such, all would be well, yet the way Johnson-Caldwell draws has so many strengths, but isn’t suited to keeping the suspense high.

The cartooning is great, and there’s considerable imagination in play, but Our Encounters With Evil drops to average on the writing.