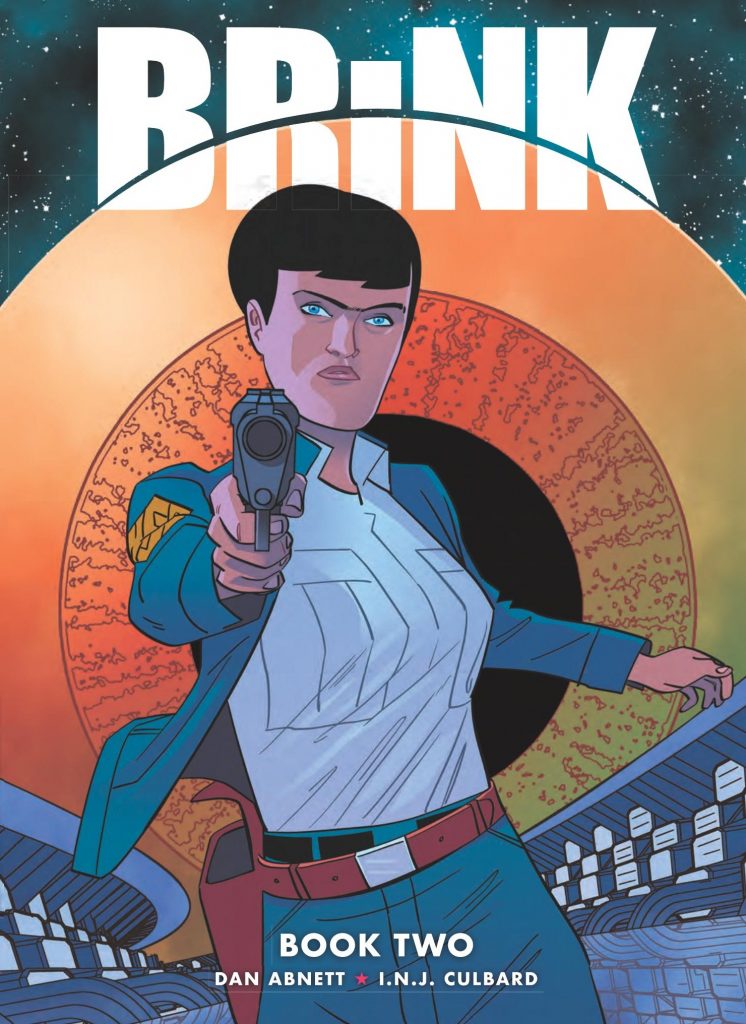 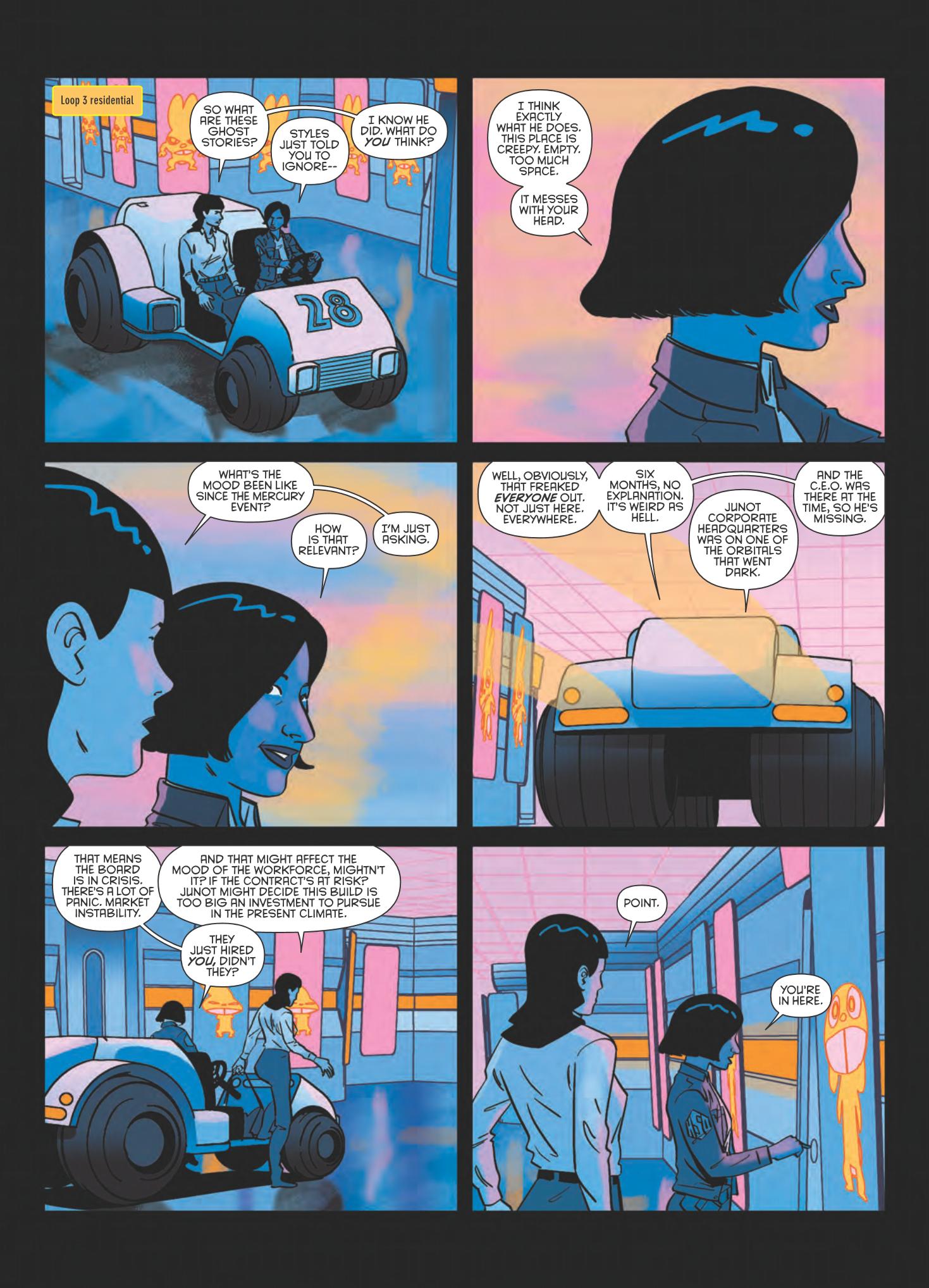 When we last saw Bridget Kurtis she was a police investigator who’d chanced on an investigation with potentially terrifying consequences. Book One reveals the full details, but beyond Bridget herself those events have little connection to Book Two. Bridget is now a freelance security consultant, shipped out to a space station under construction, except construction has fallen so far behind schedule that it’s threatening to bring down the company, whose directors aren’t happy. The reason for the slowdown is four unexplained deaths among the crew, with rumours circulating that the place is haunted. It’s a rumour station officials are almost aggressively keen to downplay, and there’s territorial resentment at Bridget’s presence.

Dan Abnett created Brink as a deliberately slow paced feature to contrast the slam bang rush of the strips it sat alongside when serialised in 2000AD, yet the leisurely unwinding works equally well as a separate story. The theme is again procedural investigation, but Abnett’s given the local authority repair markings found around any British town a wonderfully sinister overlay, and then takes comparisons with British working conditions a whole lot further.

Artistically there’s no change from what worked very nicely in Book One. I. N. J. Culbard creates an atmosphere from colour overlaid onto simple, clean layouts. The clarity is quite something, with the simplicity extended to all his designs, creating craft and space stations from very little, yet these are elegantly convincing. His characters are equally plainly designed, but completely distinguishable from one another.

There’s a single exception regarding not needing to know anything about Book One, and it’s unfortunate that it’s during the climactic scenes, when Abnett’s policy of not including explanatory captions suddenly becomes detrimental. Other aspects tie into a bigger picture, but they’re less intrusive, although they hint that what we might have assumed to be straight science fiction is due to take a step into Lovecraftian horror. Or maybe not. Best just go with the ride because Book One was good, and the quality curve inot Book Three is upward.