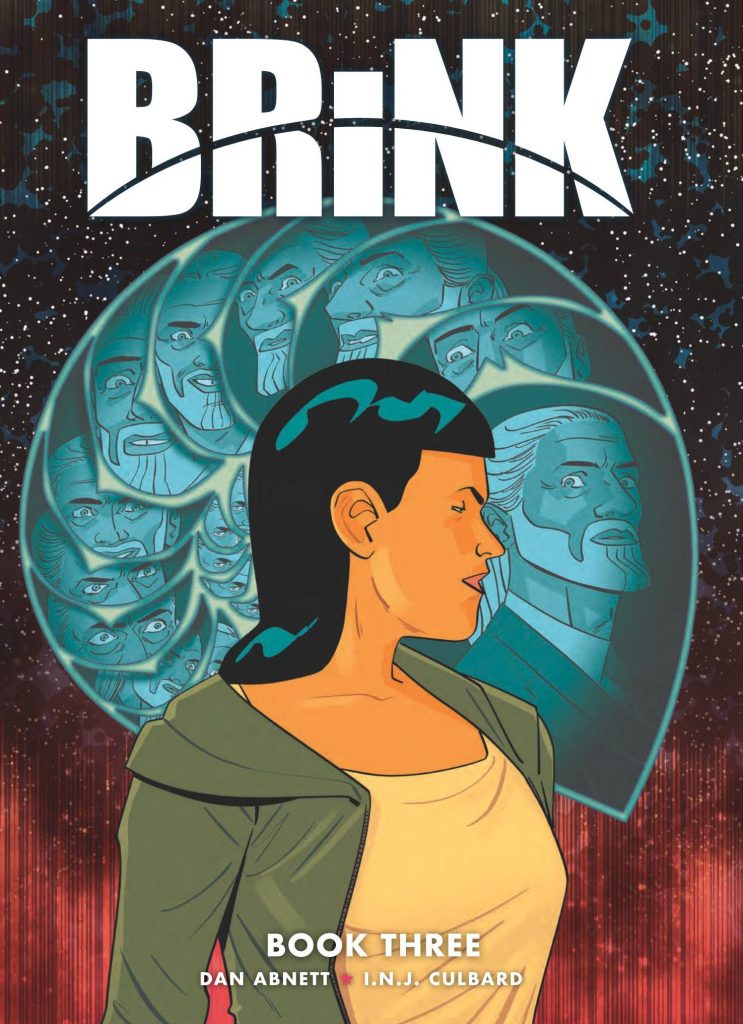 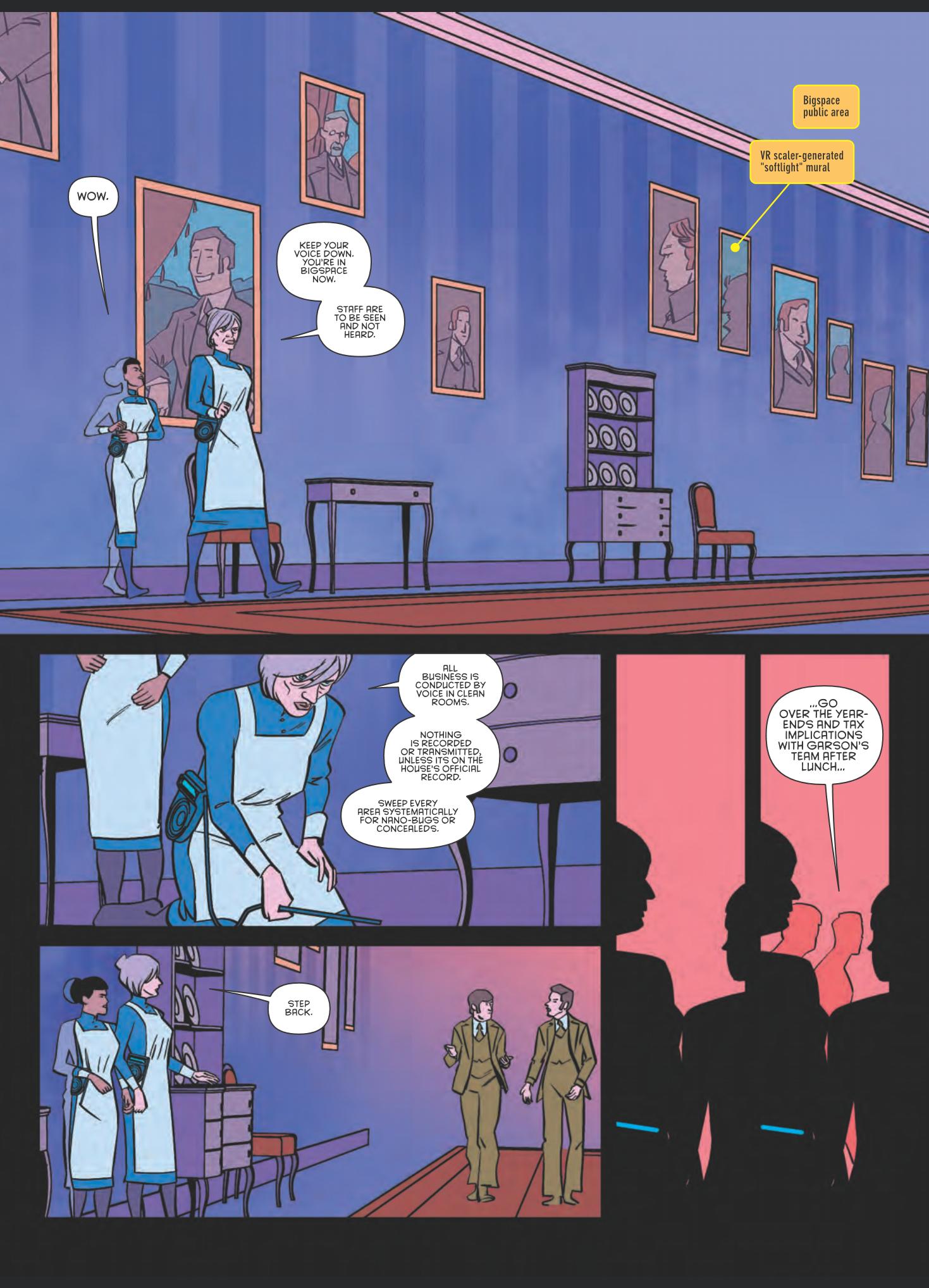 Bridget Kurtis is still an undercover police agent, now under the identity of Davia Sinta investigating the Junot corporation. The difference between this and Book Two is we know that’s the case from the start. Her job at Junot is to electronically sweep areas of the corporate headquarters in a constant circuit, searching for any nano-particles that might be spying devices. Her real job is to check on company employees for the police to see which of them could be involved in suspect activities.

These are part of an overall threat that Dan Abnett’s been slowly unwinding over the two previous books, a satisfaction of Brink being how the leisurely pace builds tension. Brink can be started here, but it builds on earlier events, to which there are references, but the essential information is that there’s a secretive and powerful sect working to bring about the end of times. As far as Junot is concerned, we’re introduced to them in the opening scene. They’re not nice people, and a chapter near the middle fills in the purpose of Bridget’s placement.

For all that they’re not very nice people, the violence is minimal for most of this book, which makes a punch to the face infinitely more shocking when it comes than the far greater levels of violence we’re used to. That’s because such moments are set among a procedural investigation, with artist I.N.J. Culbard ensuring serenity prevails for the most part, keeping the art simple and the colours calming.

Of course, everything is building to the moment when the fecal matter connects with the air circulation device (as Abnett once wrote elsewhere), and that’s a clever scene because it’s never entirely clear what’s hallucination and what’s real. It leads to a speculative epilogue that will surely have later relevance, perhaps in Book Four. Brink continues to be intriguing and intelligent, and reading Abentt’s sample script in the back only confirms that.