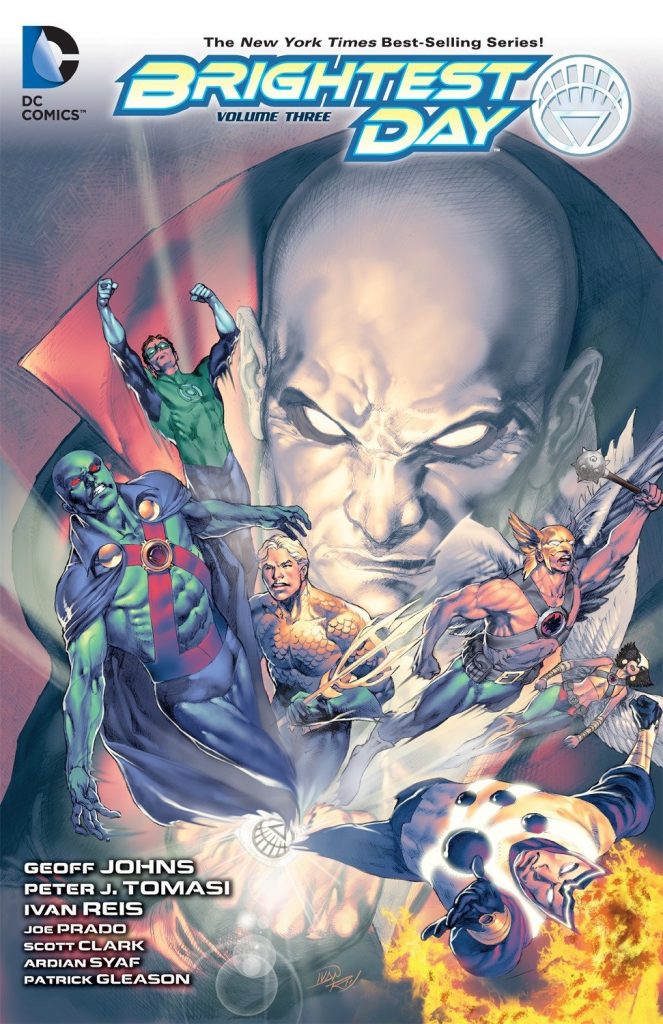 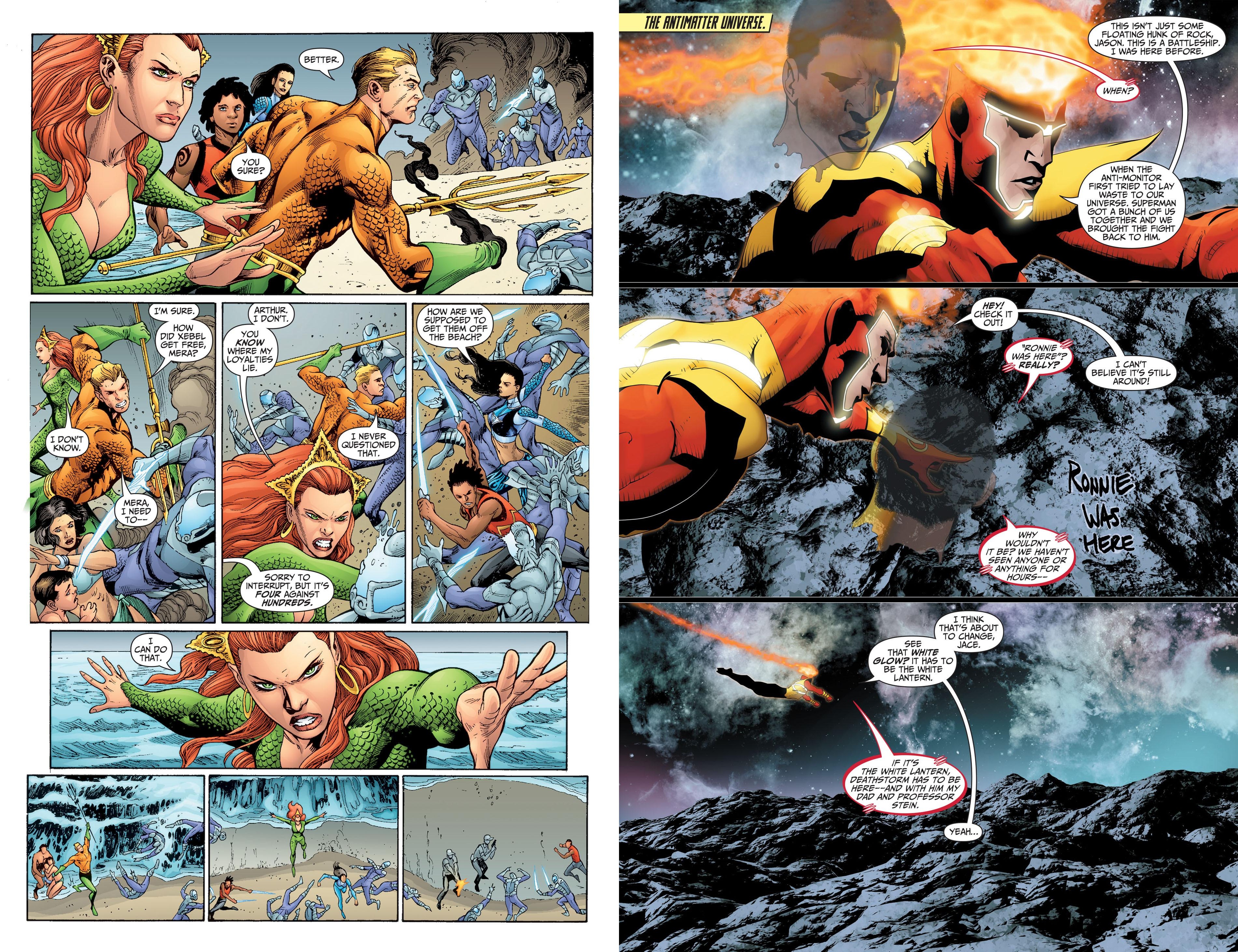 Did Firestorm really destroy the universe? It was one hell of a surprise ending to Brightest Day’s middle section either way, and surprise is something this conclusion needed more of. The opening pages reveal Firestorm didn’t destroy the universe, so that’s no spoiler, and relatively early we’re finally treated to some answers from the white ring that’s been prompting so much of the action without ever revealing why. It conveniently reveals “the twelve that I gave life to each plays a role in saving the soul of your homeworld. Some have already prevented further destruction to it and given us more time, while others are ultimately more significant to my purpose”. Having been abstruse until now, it continues with one hell of an info dump, and no good reason why Boston Brand, who’s been crying out for answers over the previous two volumes, had those answers withheld until now.

It’s clumsy plotting from Geoff Johns and Peter J. Tomasi, as is finally remembering they returned Captain Boomerang to life, at least for a page, after seventeen chapters. It turns out Jade, Maxwell Lord and Osiris completed their assigned missions in other titles, accounting for them not being seen again. After the reveal about Firestorm we have long sequences with Hawkman and Hawkgirl and then with Aquaman. Although their situations have the stench of desperation about them, they also come across as padding out a story that’s losing its way, yet has been allocated 25 chapters in total, so 25 chapters have to be filled.

Ivan Reis (sample art left) is still on phenomenal form, drawing page after page of stunning superhero action that sets the standards for Scott Clark (sample art right), Joe Prado and Ardian Syaf to follow. The differences between the artists can be worked out by close scrutiny, but no-one lets the side down.

Everything leads to the revival of another DC hero who comes in to save the day, but if a moment it taken to apply some thought to the plot, too much of it relies on heroes being kept in the dark and revelations at a convenient time when there’s no reason they couldn’t have been supplied before. If the finale was spectacular enough to compensate, that wouldn’t matter as much, but it falls short, seemingly another Johns plot requiring a full set of something, in this case elementals. Some stories of the revived characters end in triumph, others are left slightly hanging. The restorations could be seen as a form of closure, as very shortly after Brightest Day the entire DC universe was wiped away and re-booted as the New 52.

While this conclusion didn’t hit the spot, there’s still a fair bit to enjoy, and it’s combined with the better earlier volumes as a single publication Brightest Day Omnibus. 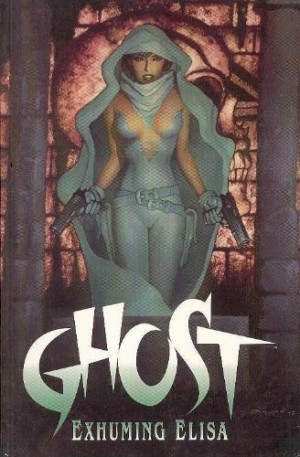