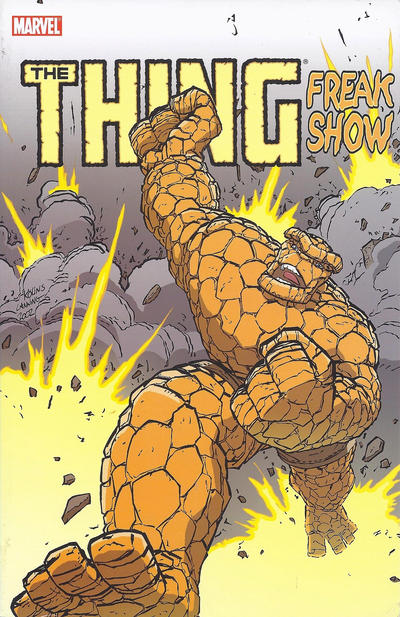 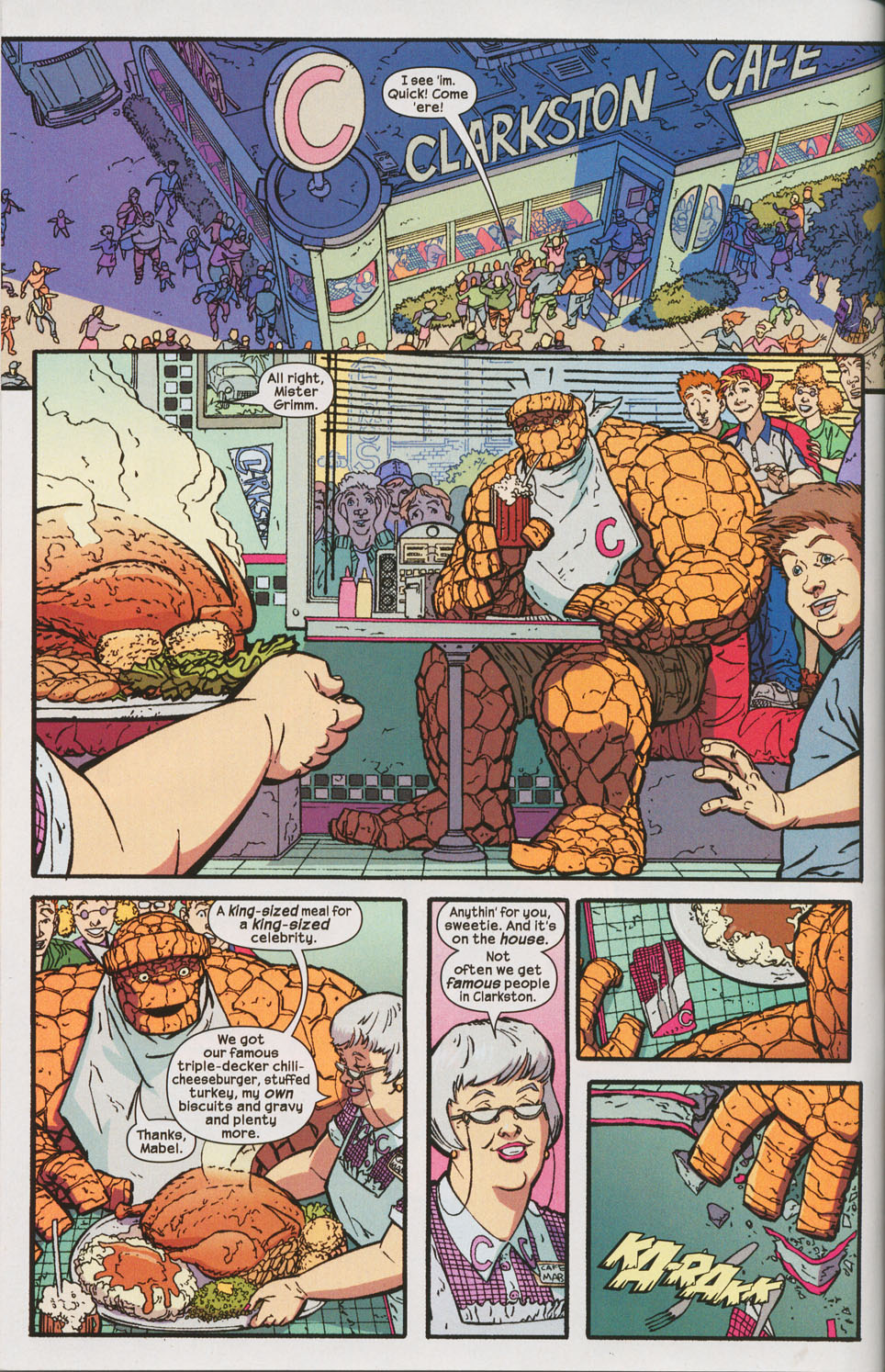 Freakshow is a rather awkward pairing of two stories with little in common other than featuring the Thing. One has a point to make, interesting character development and a novel plot, while the other may look nice, but is woefully lacking.

When ‘Freakshow’ was originally serialised, Geoff Johns and Scott Kolins were already established at DC, producing thoroughly entertaining stories month after month for The Flash, and this stands out as the highlight of the work Johns produced for Marvel. It’s an inventive plot heightened by the imaginative art of Kolins who makes the most of the Thing’s bulk, having him squashed into surroundings, and physically awkward. Johns begins with a young Ben Grimm and a friend visiting a freak show, Ben taunting an unfortunate looking child, and in turn being cursed by the child’s mother. It’s not definitively stated, but suggested the curse played a part in his later transformation, which is disproportionate punishment for some casual childhood cruelty. Many years later, Ben is reflecting again on the misery of being perceived as a monster, which is the weakest element of the story as during that period in his history he is able to transform back to human. Forget about that, because it is eventually explained, and the rest of the story is a bizarre treat. Ben turns up in a strange town where the freak show he saw as a child is touring. However, there are even stranger things in town, and by the final chapter Johns has made good use of Marvel history to escalate things greatly. Don’t take it seriously, but it’s an awful lot of fun, and Kolins really enjoys drawing it.

Ivan Reis is another creator whose work is heavily associated with DC rather than Marvel, yet he draws the concluding portion of the back-up in which the Thing teams with She-Hulk, Bryan Hitch having begun it. Todd Dezago’s story is comedy drama, mixing a group of subterranean vampires with a risky scientific procedure and a subway crash, and throws in an old Fantastic Four villain. The occasional smile apart, this is slim, and if not for the first rate artists involved it would be entirely unmemorable.

Now long out of print, second hand copies are hardly being sold at a premium, so the top rank creators make this a desirable item even when not all the story content is entirely engaging.