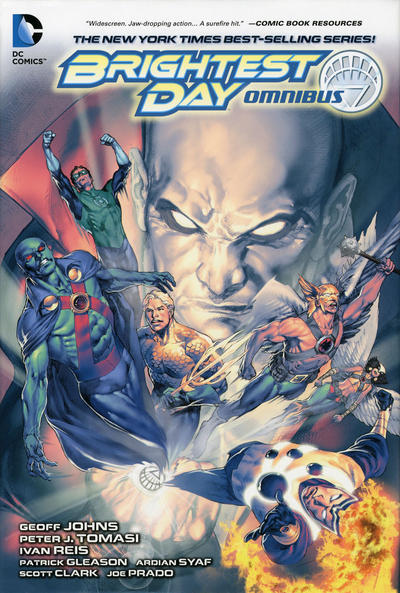 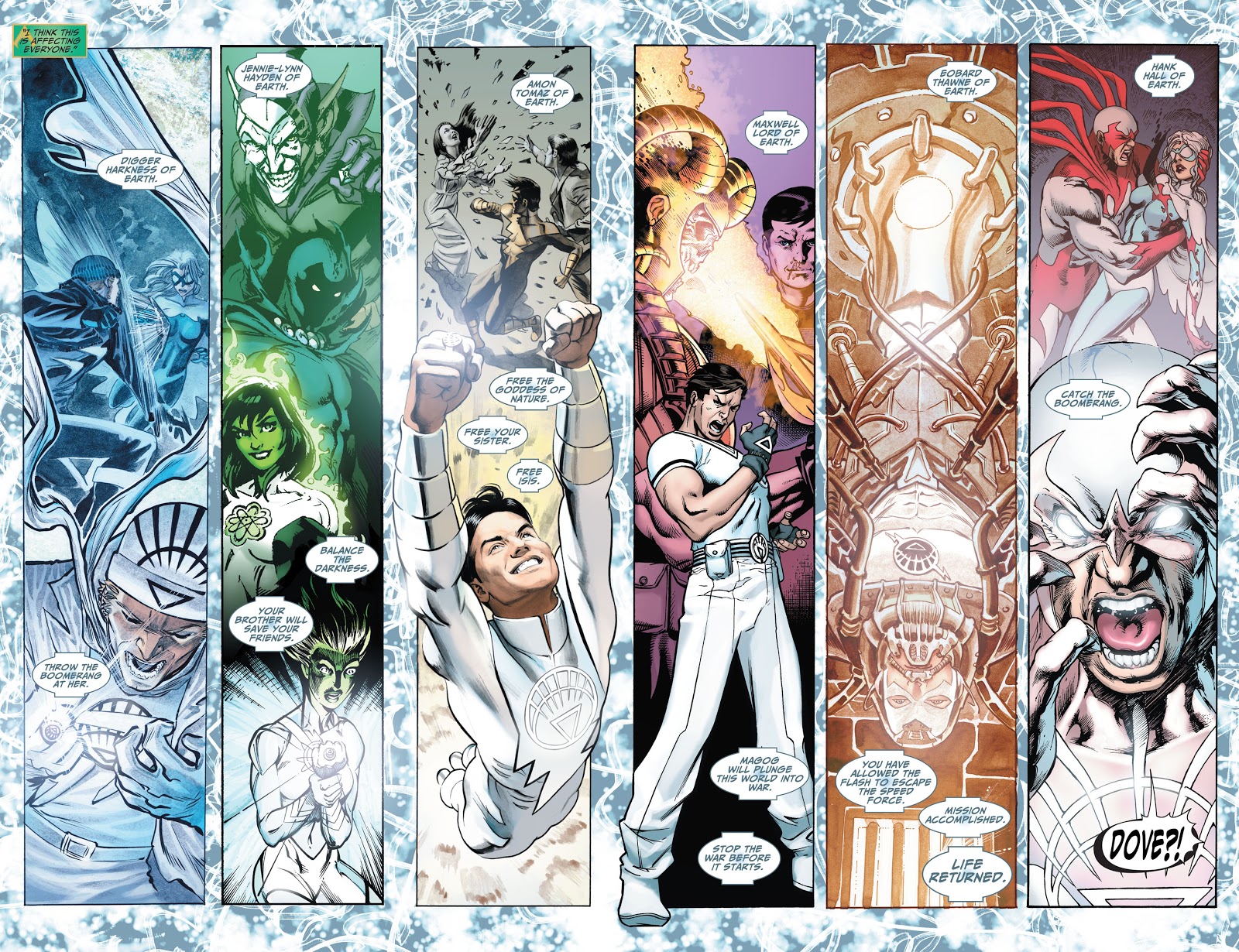 Brightest Day is considered connected to the earlier Blackest Night, but beyond spotlighting the dozen characters returned to life as that ended, and the use of a single ring, there’s actually very little to connect them.

Some mystery is always advisable to keep the pages turning, and it takes a while before writers Geoff Johns and Peter J. Tomasi reveal each of those returned to life has a specific mission to perform, success ensuring they remain among the living. However, whereas Johns plotted Blackest Night tightly despite it reaching throughout the DC universe, this is less satisfactory. Boston Brand, once Deadman, is key, wearing a white ring that compels him to follow instructions while revealing very little about their purpose, communicating via single words or sentence commands like “Fight for your life, Boston Brand of Earth”. This is artificially maintained in order to prolong the suspense, as when the ring decides it wants to transmit, the information dumps can be long. What’s also going to be problematical for some readers is that while it’s never explicitly stated, it’s strongly suggested that the ring represents the voice of God. This isn’t a new concept, much of Deadman’s career being founded on vague celestial instructions, but while Deadman’s contact was eventually revised, we’re now back to the original article.

If you ignore the destinies of several of the revived playing out in chapters not included here, and that a couple of the others are marginalised, much of Brightest Day buzzes along as decent superhero adventure. Besides Deadman, the core characters followed are Aquaman, Firestorm, Hawkgirl, Hawkman and Martian Manhunter, and a clever piece of thinking is how their different stories incorporate different genres, the superhero action mixing with fantasy, horror and science fiction.

Ivan Reis is the workhorse among the artists, pencilling the entire long opening chapter, all Aquaman sequences and much more besides, all of it in his impeccably neat and clear style, dynamic and impressive. The other artists largely follow the exploits of a single character, Ardian Syaf and Scott Clark being the most removed from Reis’ approach, but without being so distant it affects the overall look.

Although decent superhero adventure overall, by the final third Brightest Day becomes padded and stretched too far. Instead of the plot zipping between the various characters, they’re spotlighted for entire chapters at a time as their plots resolve, and their immediate fates thereafter are contrived for an ending that should thrill in reviving another character, but falls flat. That’s partly due to everything leading up to transformations that can be justified, but not every idea is a good idea.

This Omnibus is long out of print, and before buying copies at the exorbitant prices now demanded be aware that it dates from the days when DC hadn’t quite fixed some production problems with the Omnibus line, and buyers reported loose binding. If you’re interested in Brightest Day you might be better off with the paperback volumes one, two and three.