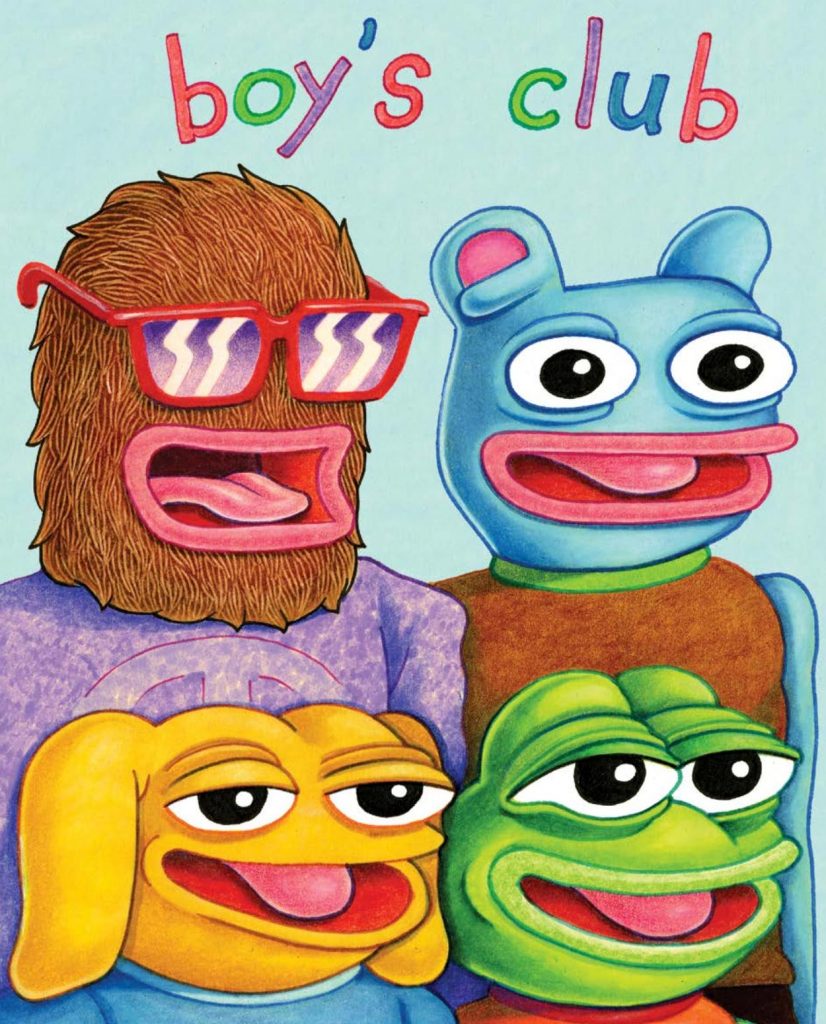 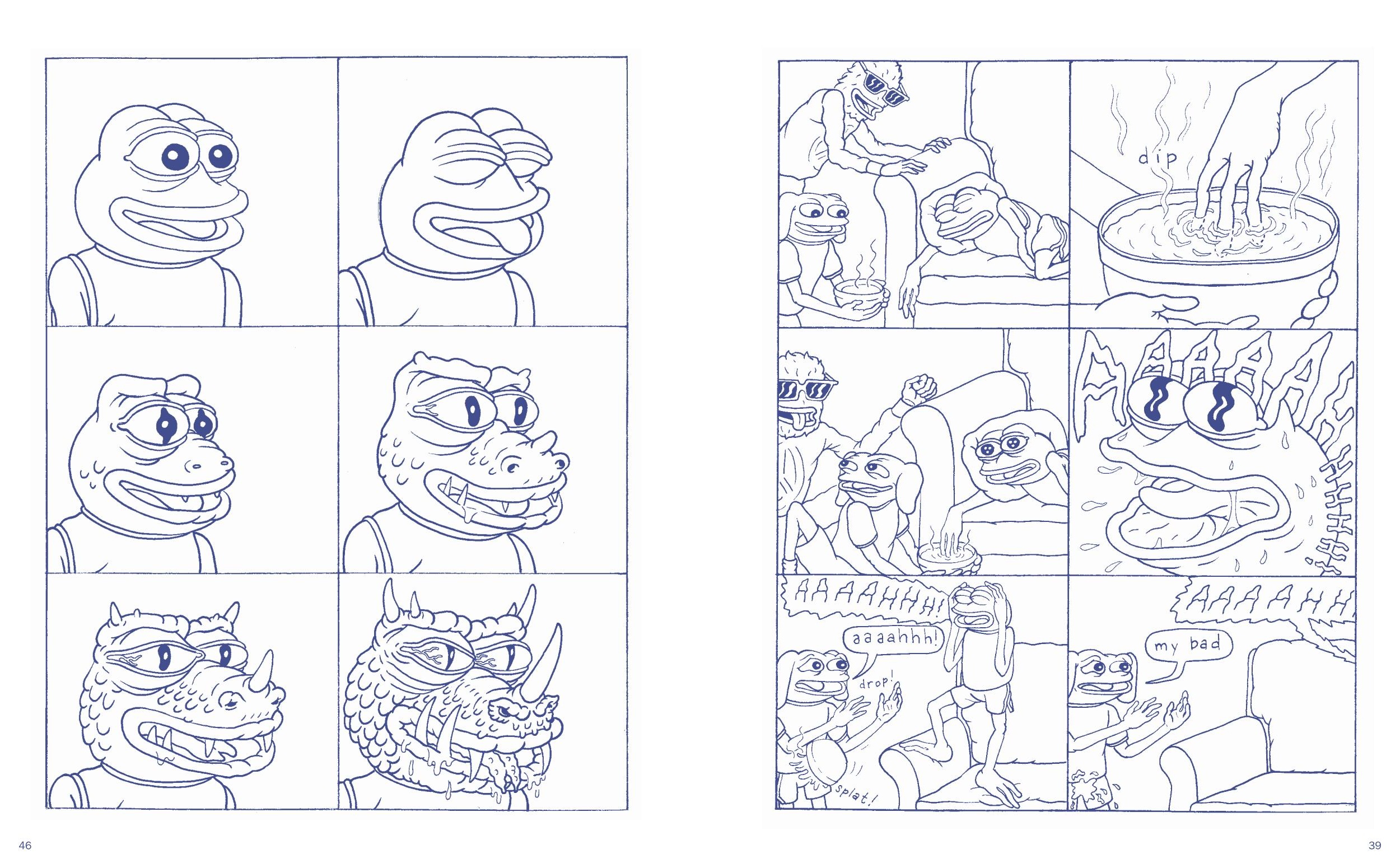 Had someone been able to tell Matt Furie what a bizarre journey he was embarking on when he created the Boy’s Club characters for a self-published zine in 2005, would he have continued?

The spiritual forebears to Boy’s Club, are two divergent paths uniting in the 21st century. There’s the freedom of the 1960s underground comics scene, and Mike Judge’s Beavis and Butt-Head. That mined gold from the idea of two socially incompetent teenagers who don’t realise how dumb they are because they have each other to reinforce the stupidity of their nihilistic worldview. Furie’s cartooning is more refined, but he explores similar territory with four idiot flatmates. Think the sample art on the right is funny? Well, there are over 50 more strips pitched at a similar level. The boys piss, fart, snort, sniff, spliff, crap and wank, but more often than the rest they puke. Furie uses it as a gag punchline. Add in a rimshot and you’ve got the idea.

So, are there any redeeming qualities to Boy’s Club if you’re not fifteen and male? Yes. Furie’s cartooning may be limited, but he’s got a way with a character design that hits the spot. Pepe the frog, as seen on the left of the sample spread became a bona fide meme around 2010, and the transforming face is a gag Furie uses several times. It might not be laugh out loud funny, but it has a pleasing progression about it, and displays some ideas beyond the obvious.

After the nigh interminable sequence of feeble one page strips we arrive at ‘The Long Story’. Will Furie will be inspired to create something of greater worth when not restricted to six panels on a page? Don’t get your hopes up. Freed from those six panels that hardly prioritised density, he decompresses his storytelling still further. It’s around thirty pages for Landwolf to lay the biggest turd ever, Pepe to come and see it, and the pair to ensure it’s preserved for posterity. There’s barely any narrative. Furie extends himself very slightly for a second long piece, starting by introducing a new character and detailing the history and effects of weed before reverting to type with a couple of knob and puke ‘jokes’.

For anyone not corpsing over bodily fluid gags, the wonder is that Furie sustains such shallow musings for so long. To begin with there’s a suggestion that it’s a form of satirising the inanity of much American culture, but as the repetition grinds on for page after page any such thoughts evaporate. Perhaps Fantagraphics considered Pepe’s meme recognisability merited taking a punt on material that’s way below their usual intelligence threshold, but don’t let the quality associated with their name raise expectations for Boy’s Club and its annoying misplaced title apostrophe.

If ever the expression that life is strange held meaning, though, and proof that gold can come from trash, it’s how Furie’s creation progressed beyond his control. With Pepe’s simplicity conferring that meme status, he was gradually adopted by the far right as a comical adjuct to hateful opinions, completely at odds with Furie’s own, eventually leading to his catogorisation as a hate symbol by the Anti-Defamation League. Not wanting to be associated with them, Furie started taking steps to reclaim his creation, detailed in the very watchable 2020 documentary Feels Good Man.