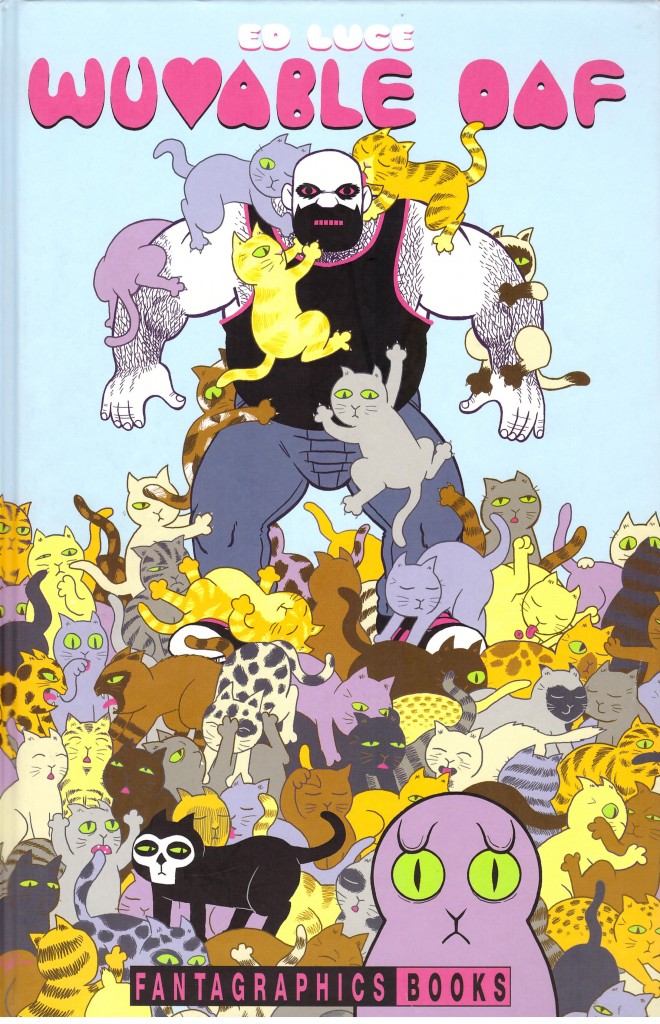 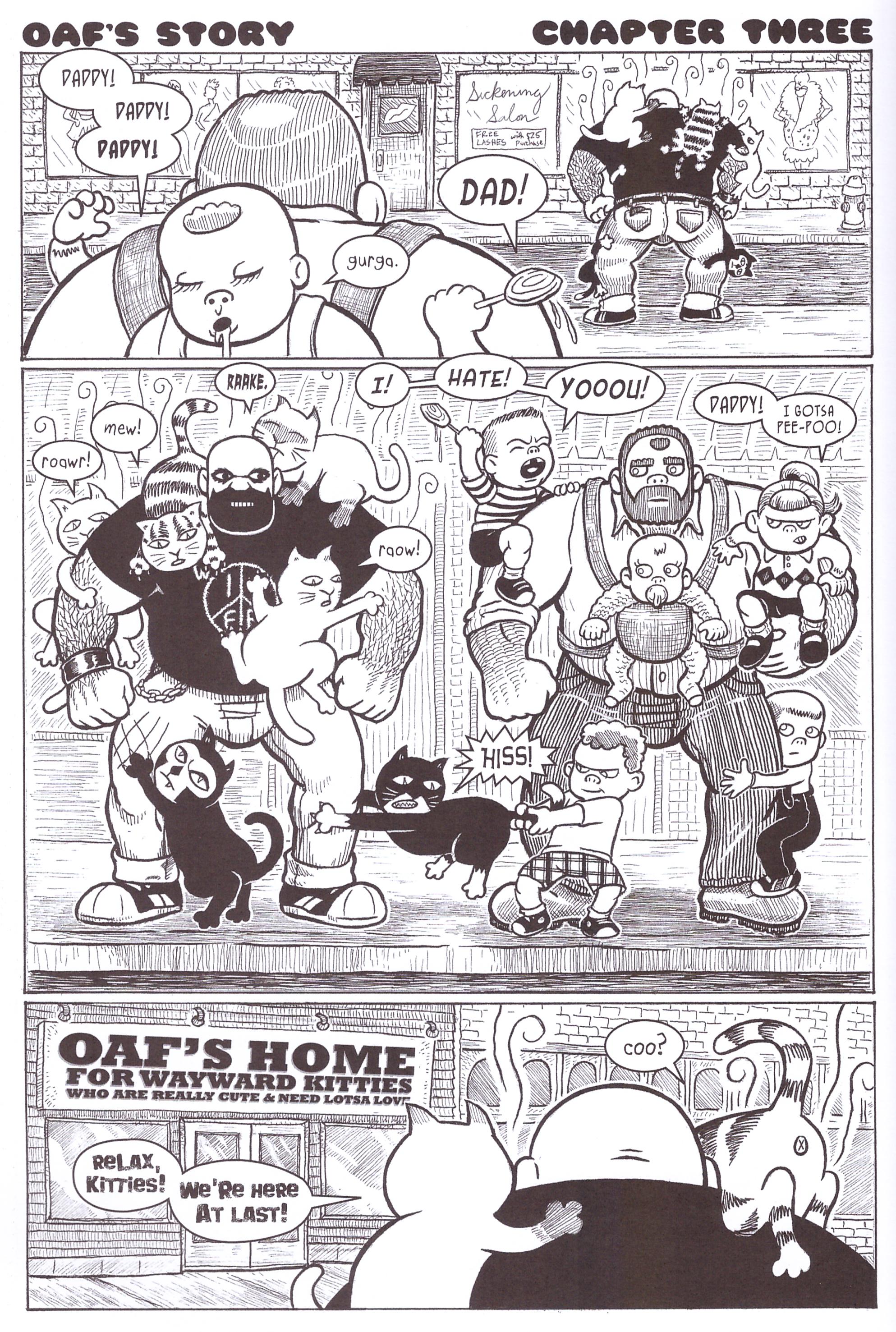 Oaf Jadwinga is a massive bear of a man who’s so hirsute he can generate enough matter to stuff a furbie-like toy every time he shaves his body, and then grow his body hair again through sheer willpower. He lives with dozens of cats for whom he’s an uncanny attraction, and pines for Eiffel, the surly lead singer of hardcore band Ejaculoid. Oaf’s other main characteristic is his good-natured simplicity.

Wuvable Oaf’s obvious inspirations are San Francisco, the gay ‘bear’ subculture, and the hardcore scene, but any form of labelling is studiously avoided, which is a good thing. These influences are fused with the sensibilities of 1960s underground comics to present what to any outsider is bizarre, yet alluring romantic melange. Ed Luce comes across as an appealing guide introducing his cast and situations in a discursive anecdotal manner. It might not be necessary to know how the assorted band members hooked up with Ejaculoid, but we’re told in a series of diversions along the way, each funnier than the last. Other interludes include several bad dates from Oaf’s past, extending back to the 1980s, and stories about the assortment of cats in Oaf’s home.

Luce has a fine comic sense of both exaggeration and satire. At one stage Oaf attends the opening of the new restaurant Rage Against the Cuisine in which customers are given the options of self-butcher or house kill before their meals, and his depictions of galleries and gigs where hollow pose and pretension are given form are all are very funny. Just when you think you have Wuvable Oaf pegged as pointed comedy Luce will throw in a genuinely tender moment, and like it or not, the sympathy will ooze out. That’s because from snippets Luce has created a rounded character in Oaf. He may be the biggest guy on the block but he’s the very soul of gentility and kindness.

The main feature concluded, Luce switches to a series of shorts, more often than not about the supporting cast rather than Oaf himself. These are lower on poignancy and higher on comedy, and in the case of ‘The Troff Pig’ we hit maximum disgust, but the laugh level is set to appreciative grin for the most part. The plain weirdest strips, both in the shorts section and as interludes in the main strip, are those about the cats. They’re like the demented dreams that Rory Hayes never committed to paper, surreal demonic exercises that chill to the bone in the way attitudes affected by some cast members never can.

Luce rounds off his book with over thirty pages of character spotlights showcasing anyone who’s played a part in the preceding pages. It’s an insane level of engagement with minor cast members, but also preparation for future work.

Wuvable Oaf won’t be for everyone. It’s high on both whimsy and self-loathing, which is a very peculiar combination, but there’s a distinct appeal to Luce’s cartoon simplicity and his observations. A collection of associated material was published in 2016 as Wuvable Oaf: Blood and Metal. 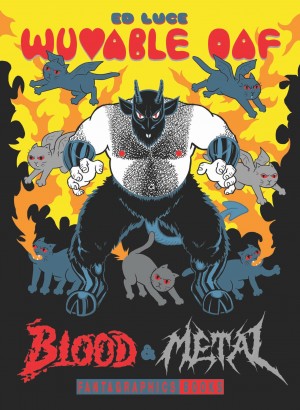