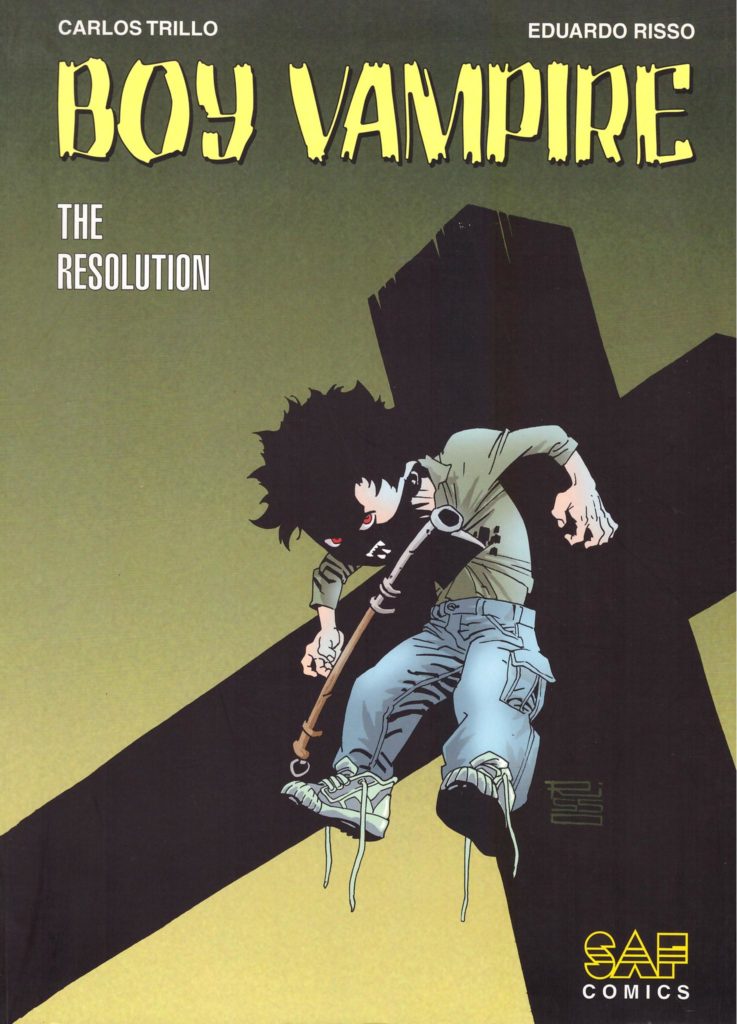 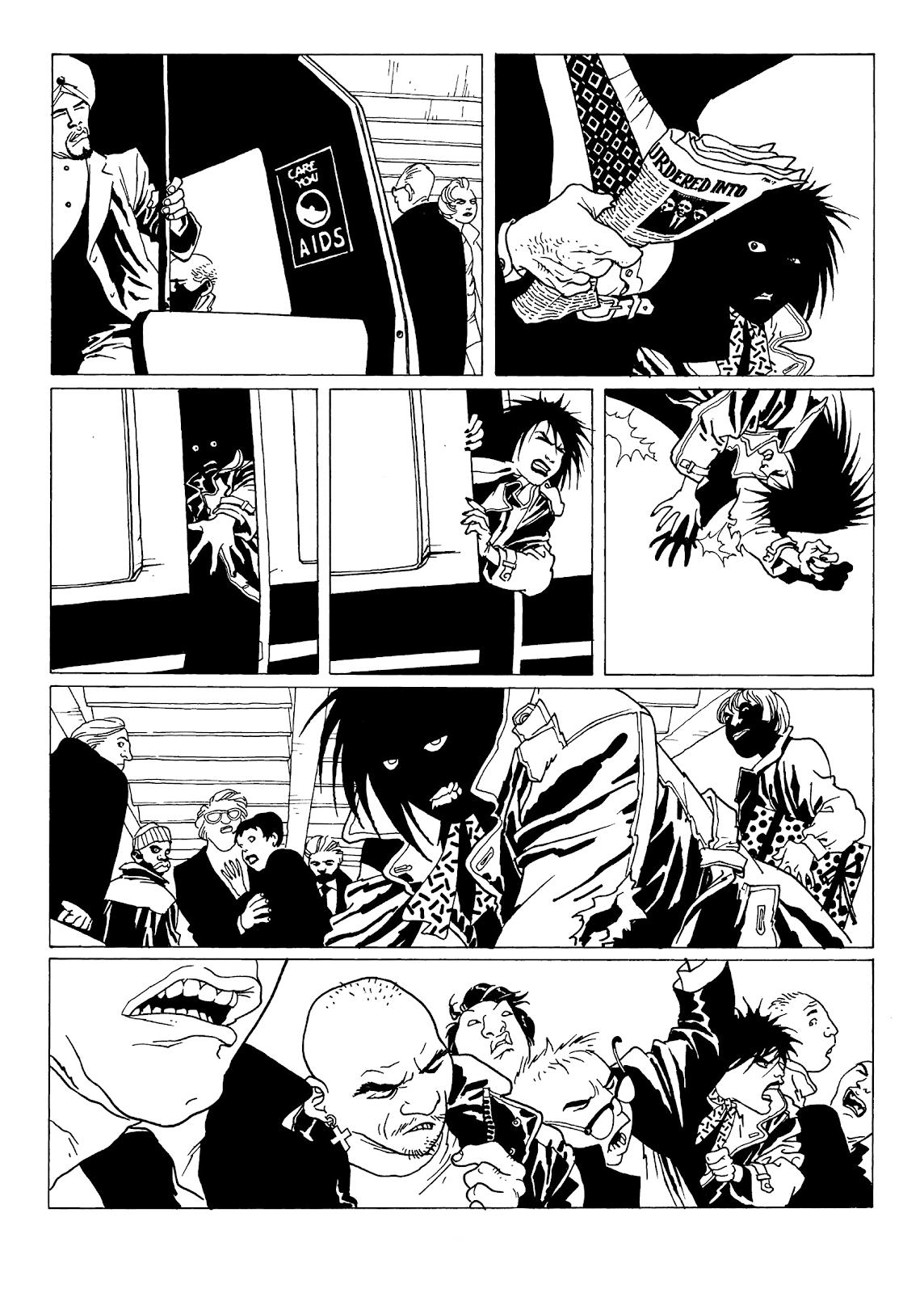 Either way you look at it, The Resolution has been a long time in coming. It’s the final instalment of Carlos Trillo and Eduardo Risso’s considerably padded story of a vampire boy awakening again in the late 1990s, and it’s the final skirmish in a millennia long battle between two seemingly immortal beings. The vampire boy has been attempting to add a new element via hunting down a potion that could remove the curse of immortality. It’s led him to London, where he’s been followed by the malign Ahmasi, her motivation being a belief she’s entitled to be the only person living through the centuries.

As before, the wonder of Boy Vampire is Risso’s art, but it’s not as expansive as his earliest series work, sketchier in places with less effort on backgrounds, and he even resorts to copying and pasting, but from most other artists it would be first rate. By the time he began working on these concluding stories Risso was already well into 100 Bullets, and perhaps his attention was there. Because he’s so good with layouts and light and shade, perhaps Risso’s character design is overlooked. These are magnificent lived-in creations, their outer shell perfectly reflecting their inner personality, even in the case of the physically super-attractive Ahmasi, always given a nasty expression by Risso. The boy vampire himself has an innocence about him reflecting his looking like a ten year old child, but transforms into a snarling beast when threatened or cornered. Risso’s visual characterisation ensures they’re two sides of the same coin.

After the holding pattern that was The Destruction, Trillo’s plot moves up a gear from the start as the boy vampire learns much of what’s passed him by over five thousand years. Trillo conceives some neat explanations for historical deaths and sets his cast in motion efficiently. While the boy vampire and allies are educated, two different threats are closing in on them, one of them Ahmasi in her new identity. Unfortunately some of the suspense is diluted by the complexity of what the boy vampire needs to do, which requires a few panels of explanation, and then just follows through with it, in an overly extended ending sequence taking more detours into the past. Neither does Trillo bother to move beyond cliché in the final pages, with an ending and an epilogue that just conform to expectation.

It’s taken well over 400 pages over four volumes to reach the end of a story that could have been compacted to half that amount and been more memorable for it. In earlier volumes Risso has been picking up the slack, but not so much here. Still it is Risso, but seeing as this concluding volume appears to be absent from many book sites, perhaps a preferable option would be Dark Horse’s 2010 Vampire Boy compilation combining all four volumes.