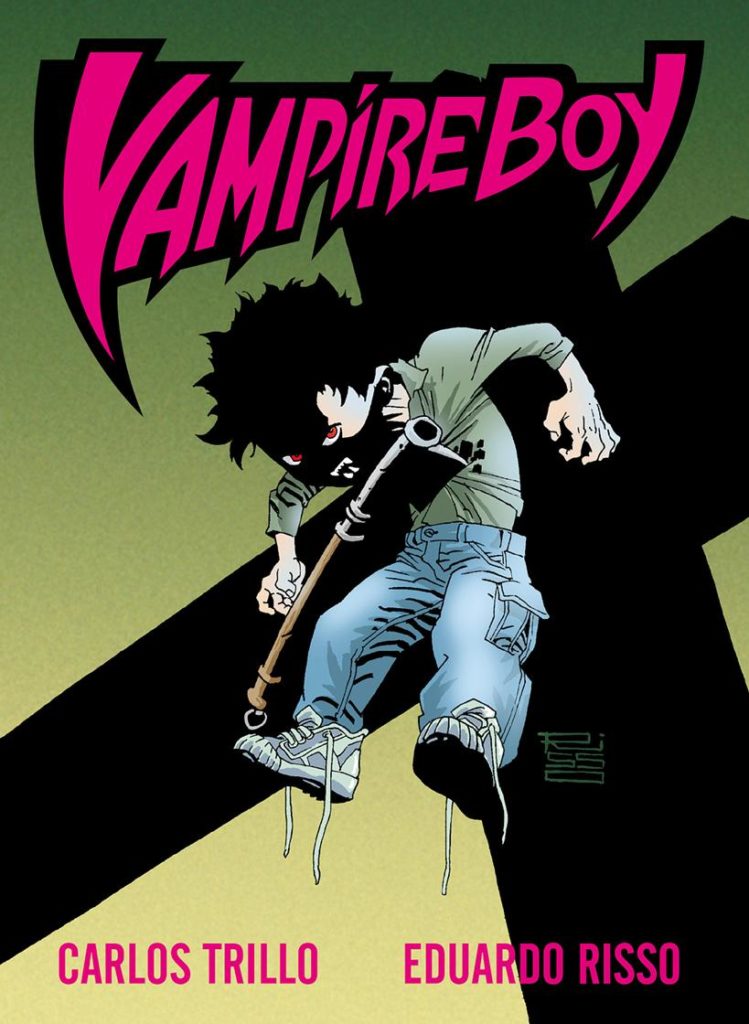 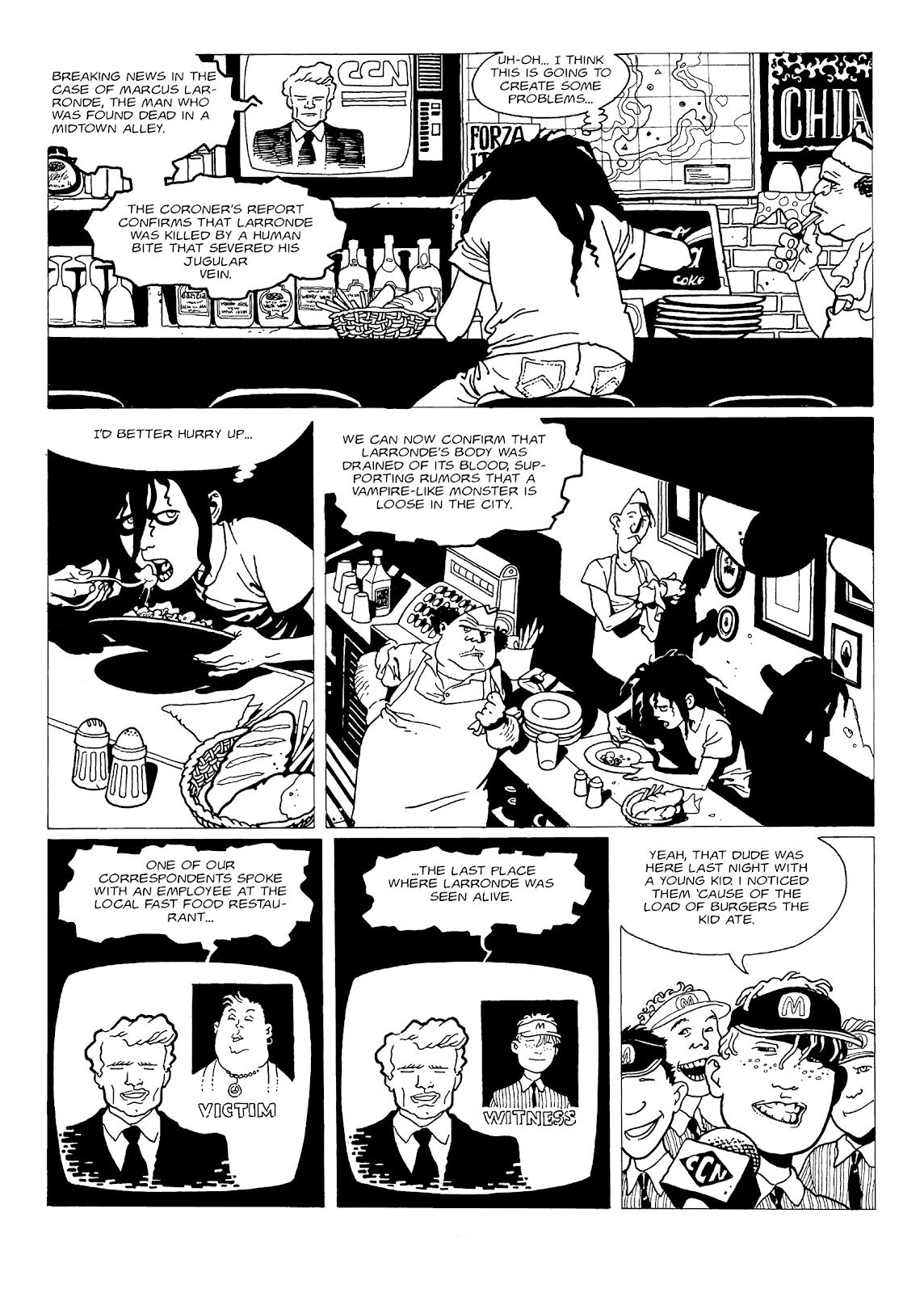 When first serialised in English over four album size volumes of Boy Vampire, Carlos Trillo and Eduardo Risso’s horror story slipped through the cracks despite Risso’s then wowing English audiences with 100 Bullets.

The Vampire Boy of the title is in effect immortal, although Trillo has toyed with the usual vampire necessities for the convenience of his story. A ten year old boy feasting on the blood of passing humans wouldn’t induce much sympathy, so Trillo’s alternative is that vast quantities of food substitutes. Furthermore, instead of being turned to dust by it, direct sunlight is an energy replenishing source, so the Vampire Boy emerges into the 1990s having deliberately remained comatose for fifty years, building work disturbing his shelter. While Trillo’s put the thought into the background, he’s been less diligent about the plots, which even allowing for the strip originally being serialised in twelve page segments meander in no clear direction for the first quarter.

Our Vampire Boy isn’t the only immortal dating back to the height of Ancient Egyptian civilisation. He was the Pharaoh’s son, and a manipulative concubine he already disliked also survived. Her rationale for attempting to murder him continually over the centuries is a belief she should be the sole immortal. It allows for some nicely drawn historical diversions on Risso’s part, but doesn’t stand up to scrutiny even if it’s accepted all that experience hasn’t really resulted in either character moving on from their given age. When we first meet her she’s working as a prostitute, representing the sleazy tone employed throughout, which may be a misguided method of contrasting the Vampire Boy’s innocence.

Around halfway it’s rumoured that there may be a method of killing immortals, and this temporarily provides Trillo with a thread to hang his random plot on, but he soon slips back into aimlessness, only recovering briefly for a few dozen pages leading to the finale. That’s also disappointing, predictability rather than originality.

Given the ordinary story it’s only the wonder of Risso’s art that sustains the interest. He’s a master of shade, fills the backgrounds with interesting people or locations, and the variety of his viewpoints makes Vampire Boy look far more exciting than it actually is. There’s certainly a case to be made for over four hundred pages of Risso’s art being one hell of a desirable package no matter what the story is, and there are a wealth of prime pages over the first three quarters of this late 1990s series. Unfortunately, by the final stages he’d begun working on 100 Bullets, and the detail diminishes. Still, over four hundred pages of Risso’s art… 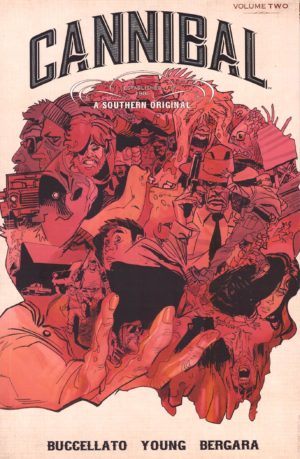