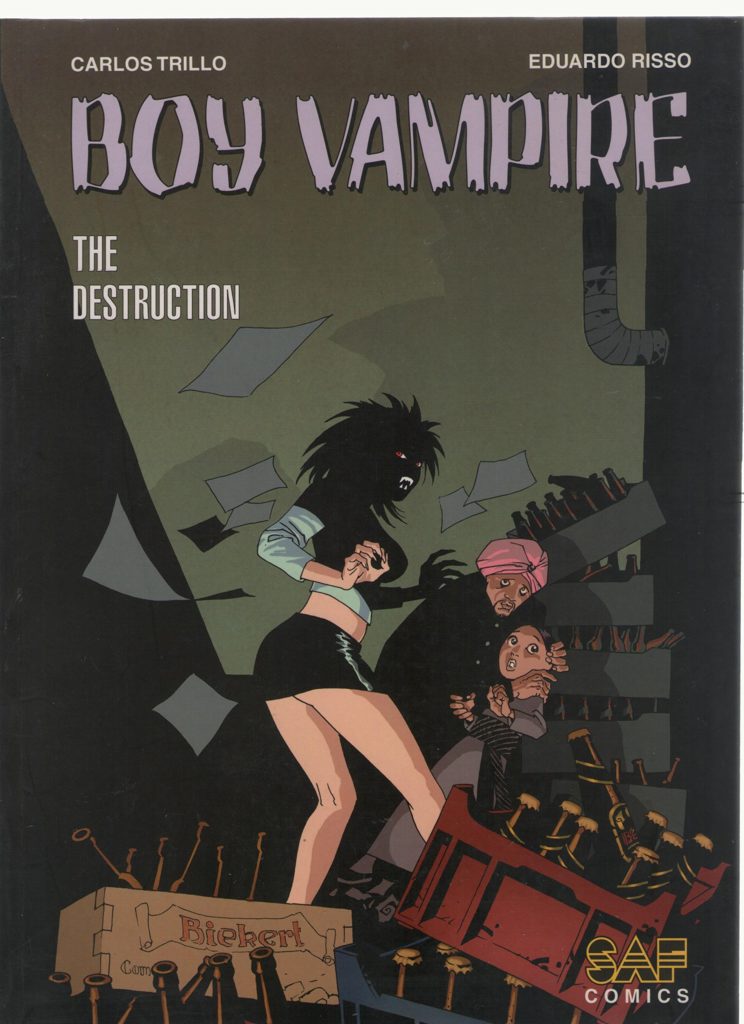 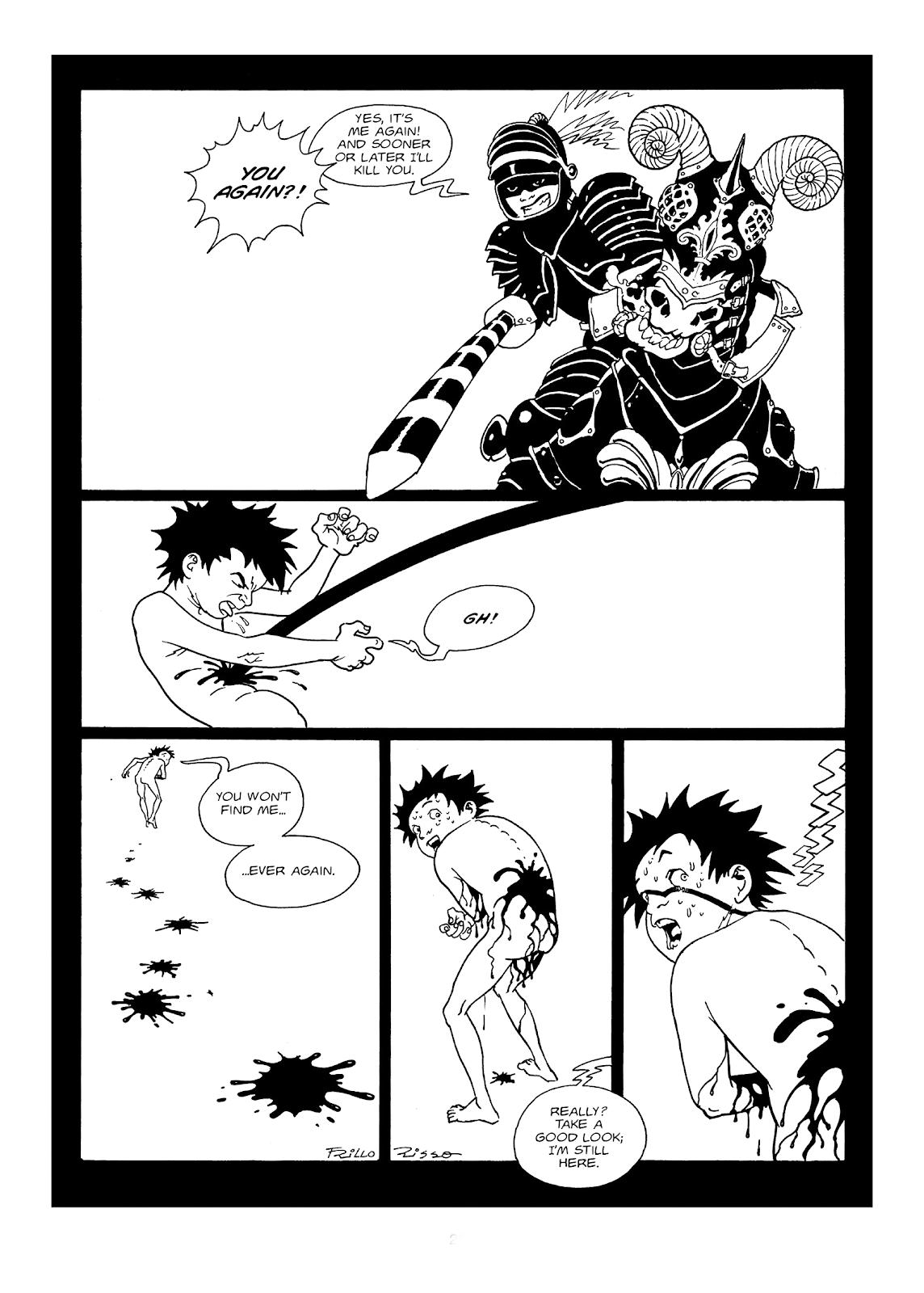 Over two previous volumes our ten year old boy vampire was established as being involved in a centuries long tussle with a fellow immortal who believes she should be unique. As motivations for conflict go, it’s not been the strongest, but Carlos Trillo has been inventive with Amy’s squalid, murderous personality. After a rambling first volume, The Curse offered some hope that means exist to reverse the horror of immortality, and The Destruction opens with the boy vampire and his ally Fever Valderama in London believing Amy now dead. They’re wrong.

As before, the real wonder of Boy Vampire is Eduardo Risso’s art. The sample page is the boy vampire’s nightmare sequence, largely padding on Trillo’s part, but Risso’s trip through battle hardware over the centuries elevates the pages via the detail and the staging. The nightmare scenes are also a way of featuring Amy fully when Trillo otherwise keeps her concealed for half the book, using her viewpoint whenever she appears so she’s unseen. It’s planned to lead up to a shocking revelation, but when that occurs Risso for once isn’t on top form. Perhaps he’s also finding Trillo’s story lacking a logical foundation in so many respects. He’s playing for time in The Destruction, which is a protracted lead-in to the series finale in The Resolution. Amy’s progress is supplied in a succession of violent moments to contrast the tedium of the boy vampire and Fever making new friends and carrying out their investigations. There’s little substance to the plot, and only Risso’s virtuosity raises this to average.