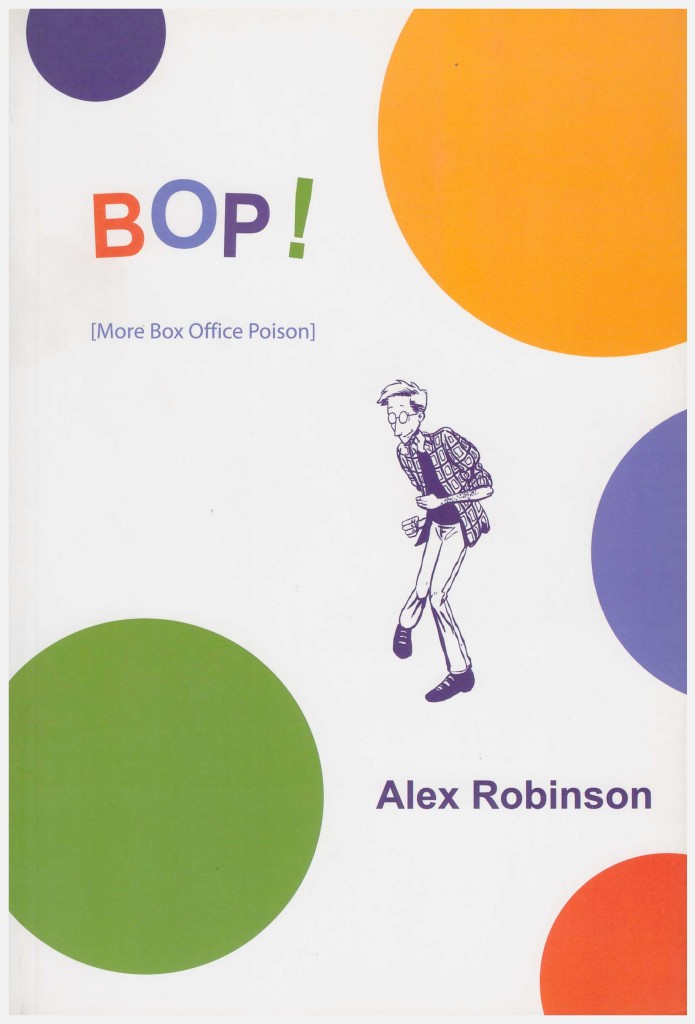 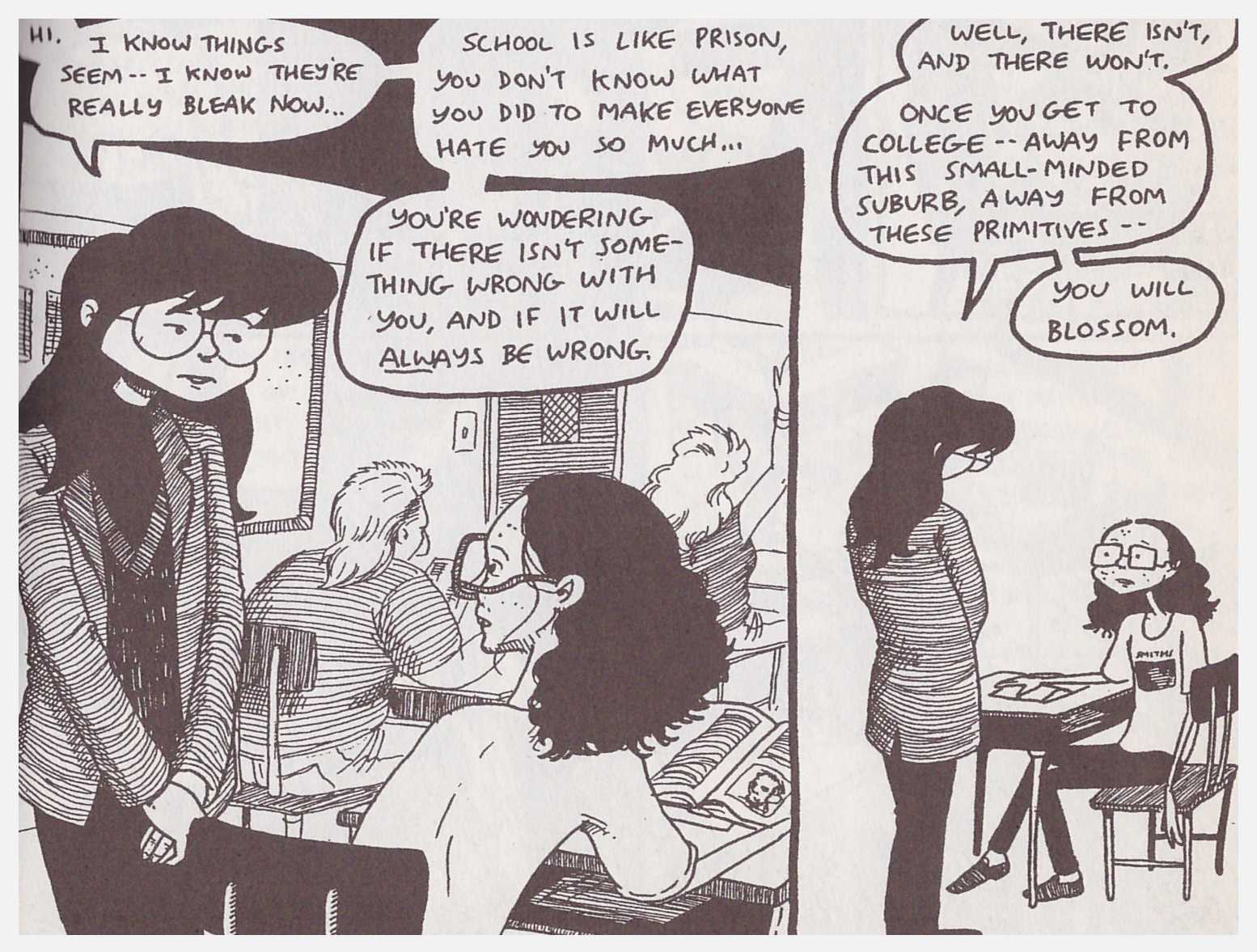 This slim, pocket-sized collection of material is the Mini-Me to the monster 600 page Box Office Poison.

While working on the serialisation of that material, Alex Robinson was putting in the effort to promote his title by placing strips elsewhere, primarily in the annual publication accompanying the Small Press Expo. Also gathered here are a few one page strips from the original series that somehow missed the previous book, and a comic published in colour. It loses very little for being reduced to black and white here.

An example of Alex Robinson’s insightful dramatic sensibilities occurs on the opening page of ‘Tempted’. The male half of contented couple Stephen and Jane is contacted by an old girlfriend, now back in town. The phone conversation in which a meeting is arranged is displayed as off panel voice balloons accompanied by illustrations of Jane, beside Stephen in bed, becoming increasingly more tense as the dialogue continues. That plot is countered by Sherman Davies’ appointment of temporary manager of the book store where he hates to work, and while his visual transformation is amusing, his story raises a smile than compels in the manner of the best Box Office Poison material.

Freed from the restriction of having to work everything into his ongoing primary story, there’s an experimental touch to the three to five page material as Robinson dips into the past, visits the future, and engages in fantasy. It’s all very good, but there’s a stronger resonance for those actually familiar with the characters, those aware of what becomes of the guy wandering the comic convention, and the old guy he meets. In that particular story Robinson enjoys himself dropping the characters of others into the backgrounds.

Separating the longer material are the one page strips in which Robinson’s cast answer questions: What would your name be if you were the eighth dwarf? Who should be shot at dawn? In which TV show would you live? These are as charming and insightful as ever, although, again, will lack some resonance for anyone not familiar with characters used who don’t appear elsewhere here.

The final section of the book focuses on Caprice, who’s a minor character in Box Office Poison, but takes a lead role in Robinson’s subsequent Tricked. ‘Flat Earth’ was created as part of challenge to produce a strip in 24 hours, with both the freshness and sketchiness of the procedure. While better than many others of its ilk, it’s not as considered as Robinson’s usual work. The subsequent Caprice snippet is from Tricked, and provides a neat coda for a distressing character from the first strip.