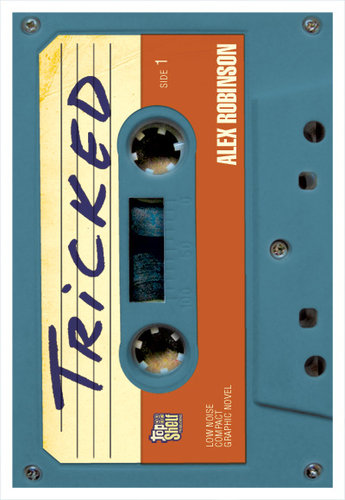 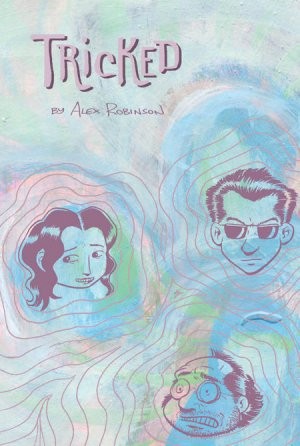 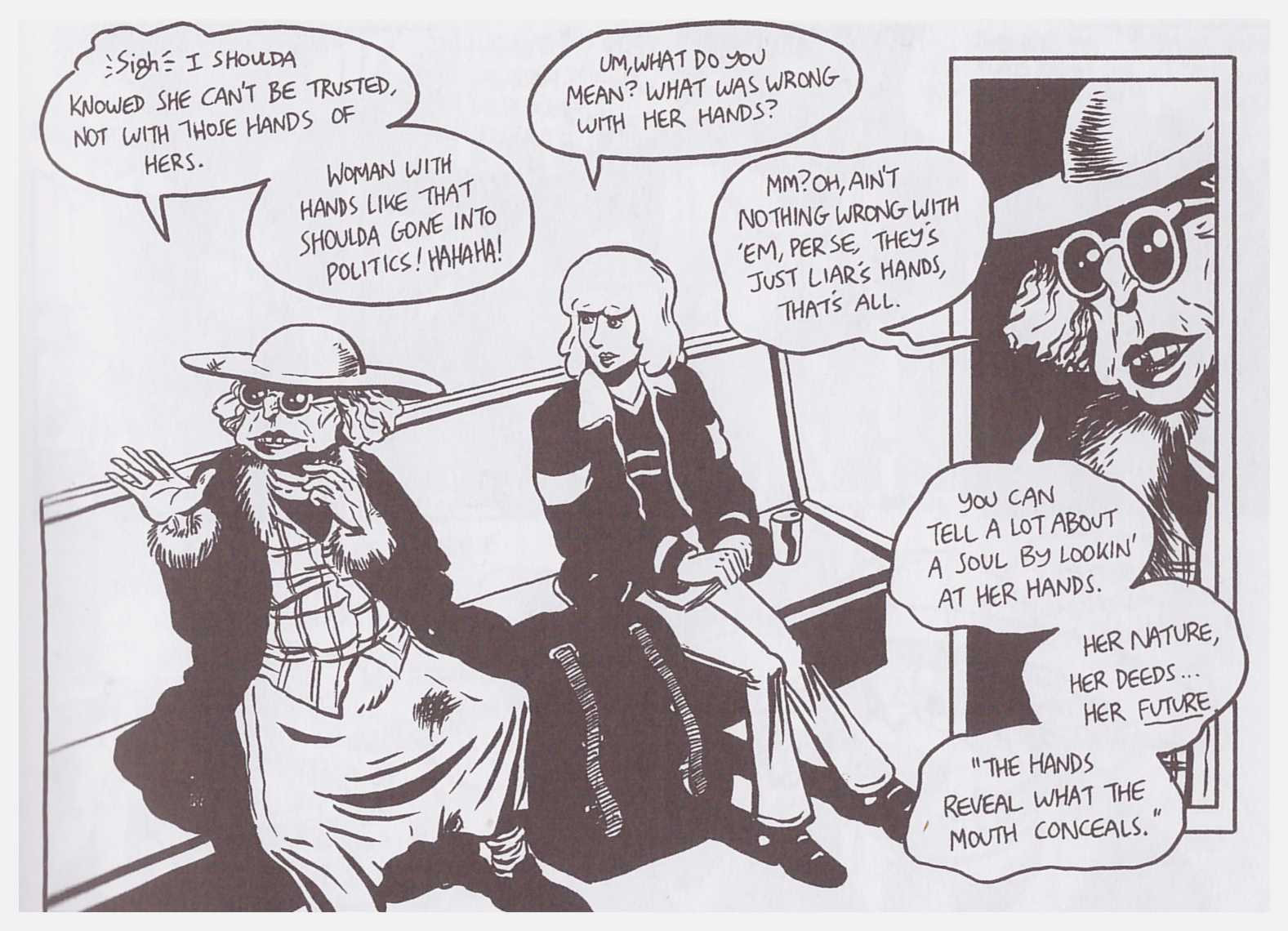 Tricked is a complex inter-twining of six characters each supplied with a narrative voice. There’s only a single scene where all six share a location, and it’s pivotal to the book. An initial connecting point is Ray Beam, once a quarter of acclaimed band the Tricks, now four years distant from his first solo album, bereft of inspiration and living the rock star’s indulgent unreality. Middle-aged Steve is a Tricks fan, obsessive, opinionated and angry, but provided he maintains his medication he can hold down a job. Lily is a temp among Beam’s office staff, and rejects his advances, which is a rare experience for him, and she has another characteristic that he also finds very appealing.

Caprice is a holdover from Alex Robinson’s previous Box Office Poison, a waitress who’s recently been dumped by her boyfriend. Nick is a baseball memorabilia store clerk with a fraudulent life and sideline, and the teenage Phoebe leaves her home town by bus to reconnect with her father. The cast appear to have no connection.

Box Office Poison displayed Robinson’s facility for slice of life material, but with a finite story in mind he sharpened his focus and the manner in which seemingly unrelated characters drift into each other’s orbit is brilliantly conceived. Four of the six leads are delivered with full supporting cast, and another acquires them as Robinson twists the reader’s feelings in a masterful fashion. One character seems very pleasant, but then sabotages their life when everything appears to have fallen into place. There’s little point in Robinson mentioning Steve needs his medication if he’s not going to lapse, but where he’s taken from there is brutal and fascinating, like watching a spider trap a fly. It’s also the most predictable element of a generally unpredictable plot, but Robinson’s sterling work in presenting Steve’s progressive deterioration more than compensates.

Some chapters are separated with small illustrations of objects that later play a part. This starts as an innocent game that’s simply figured out, but the foreshadowing then takes a sinister turn. Other games are in play, such as the chapter numbering being in reverse order, so resembling a countdown and the form of numbering of each chapter is deliberately differed from the remainder. Another playful element is the fun Robinson has naming fictitious rock acts, even dropping in a reference to Tony Consiglio’s then forthcoming 110per¢.

As an artist Robinson isn’t a match for Jaime Hernandez, with whom his emotionally compelling plots can be compared. Then again, few are. The artwork here is joyful. Robinson’s form of cartooning is entirely convincing and adaptable for all character-based requirements. Of particular note are the varied layouts, which appear to be influenced by the work of Dave Sim, but Robinson’s style is looser.

It’s unlikely that anyone interested enough to start Tricked won’t complete it, and they’ll be led to a very satisfying conclusion with welcome codas.