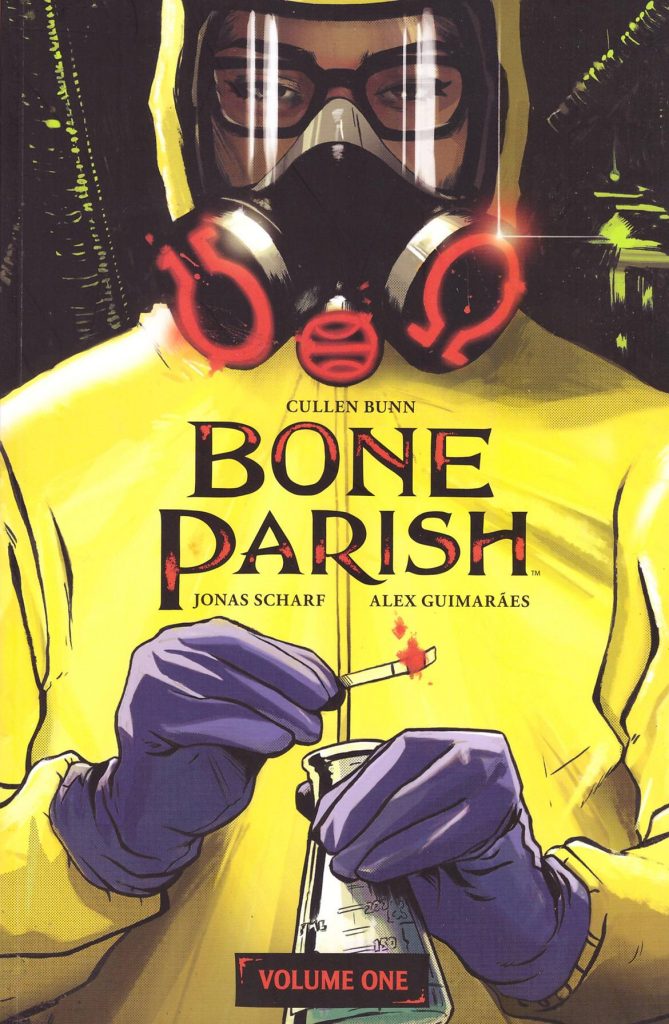 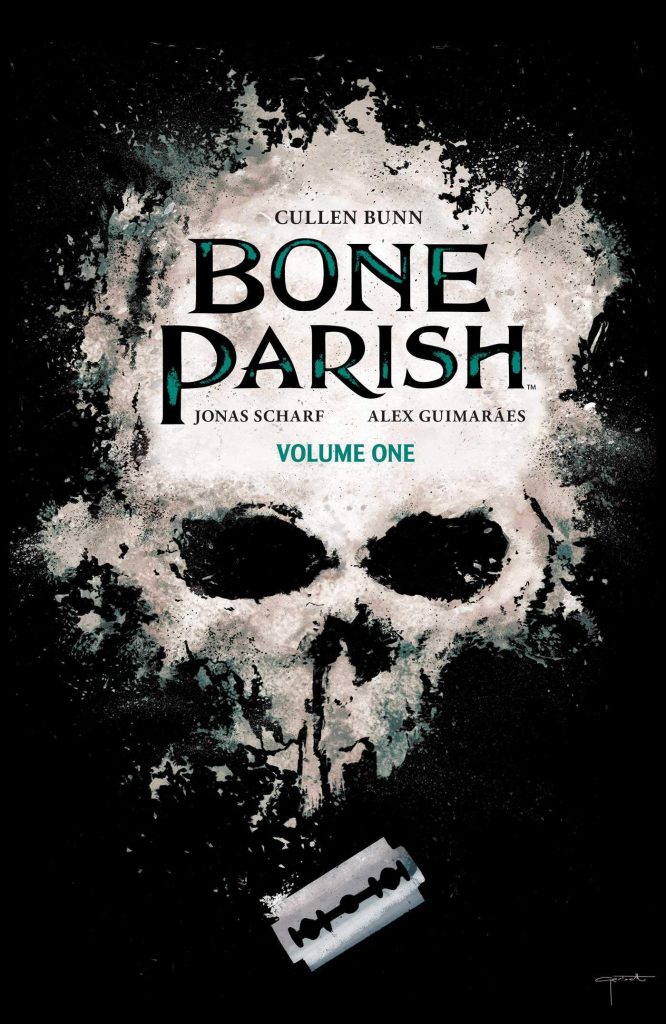 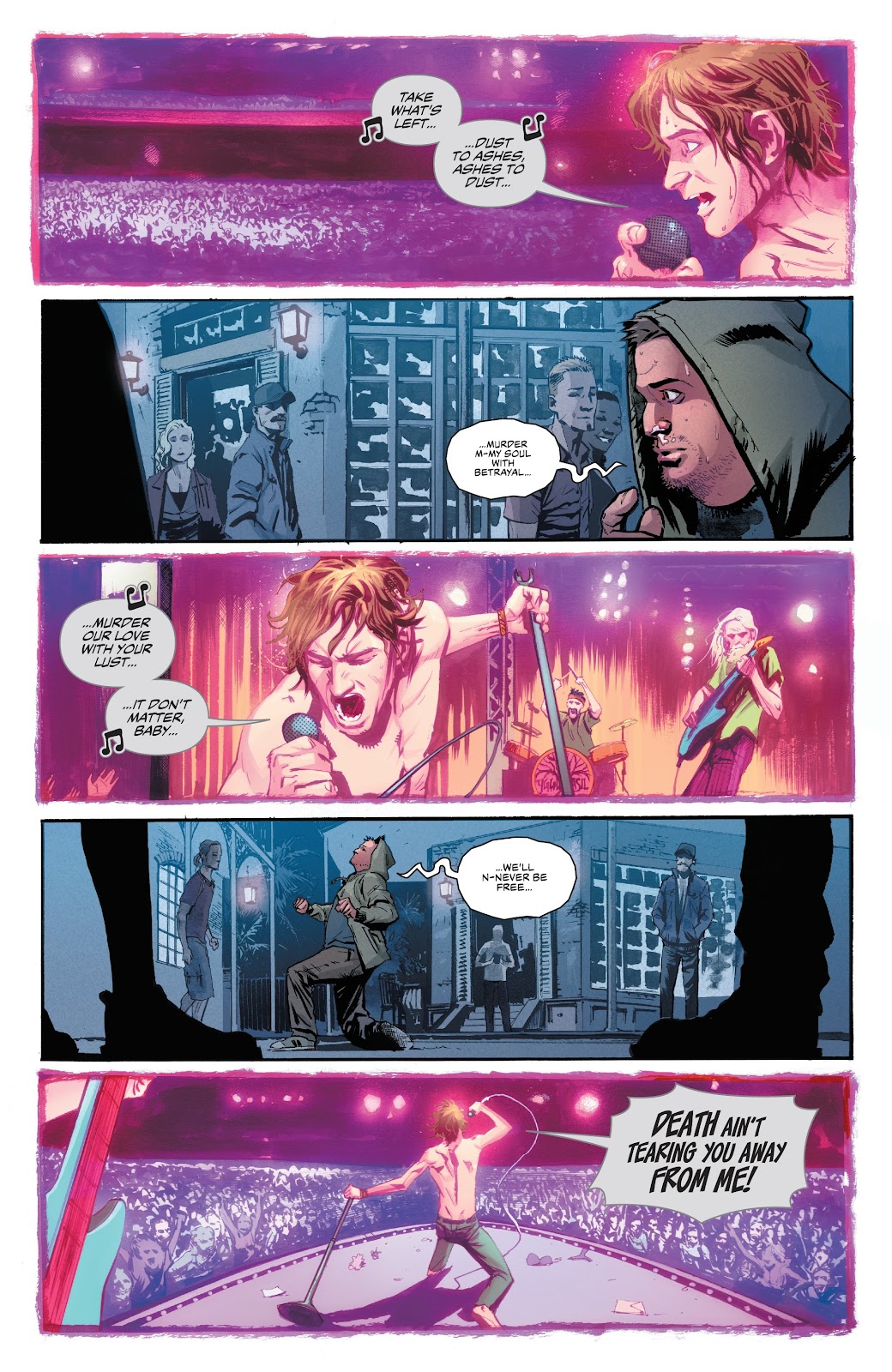 There’s a high concept to Bone Parish well laid out over the opening chapter by Cullen Bunn and Jonas Scharf. As seen on the sample art, a hallucinogenic drug derived from the bones of the dead can deliver an almost real spell of what that person experienced. The drug is called Ash, and produced by the Winters family in New Orleans, where demand is high and keeps growing to the point where parties from New York want to take it over. And they’re not the only ones.

During the course of a page-turning first chapter, we also learn of tensions within the family, how mother Grace uses her own product, and the downsides experienced by takers. While the possibility of experiencing the lives of others is enticing, scenes of it happening are actually sparingly used by Bunn, although always in well conceived situations. He instead exploits the family differences to drive the story, and delves into the emotional impact on users. Over the course of the volume it’s revealed how the schisms originated and how they affect the present. Not explained as yet is the different effect the drug has on Grace.

Scharf keeps to a realistic style, very occasionally moving into a more decorative world for streets of New Orleans, but generally recognising Bone Parish as presenting a dark world and dark deeds. He’s very comfortable with that world, telling the story efficiently, with detail, and able to emphasise the emotional beats. It’s noticeable that almost every location is dark, even during daylight hours, and the only respite is when the colours of Alex Guimaráes become more vibrant for scenes as experienced by ash users.

Bone Parish is a complete story told in twelve chapters over three volumes, and this tense and unpredictable opening shot is the ideal scene-setter. Bring on Volume Two. 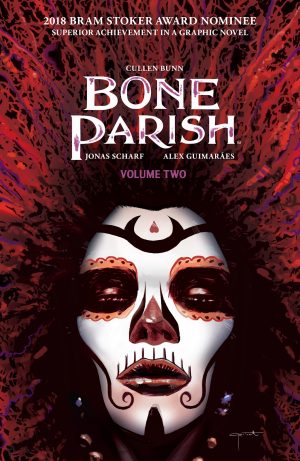 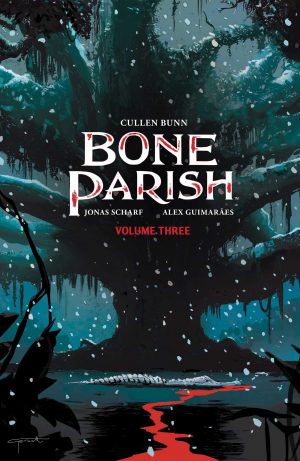 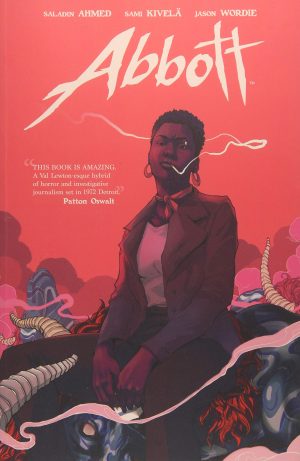