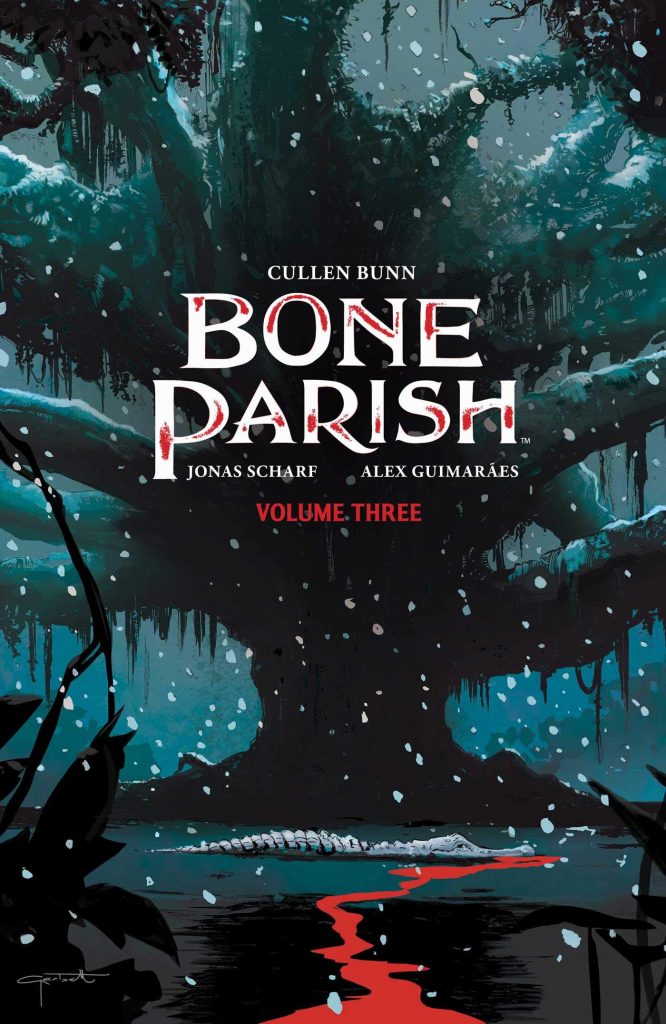 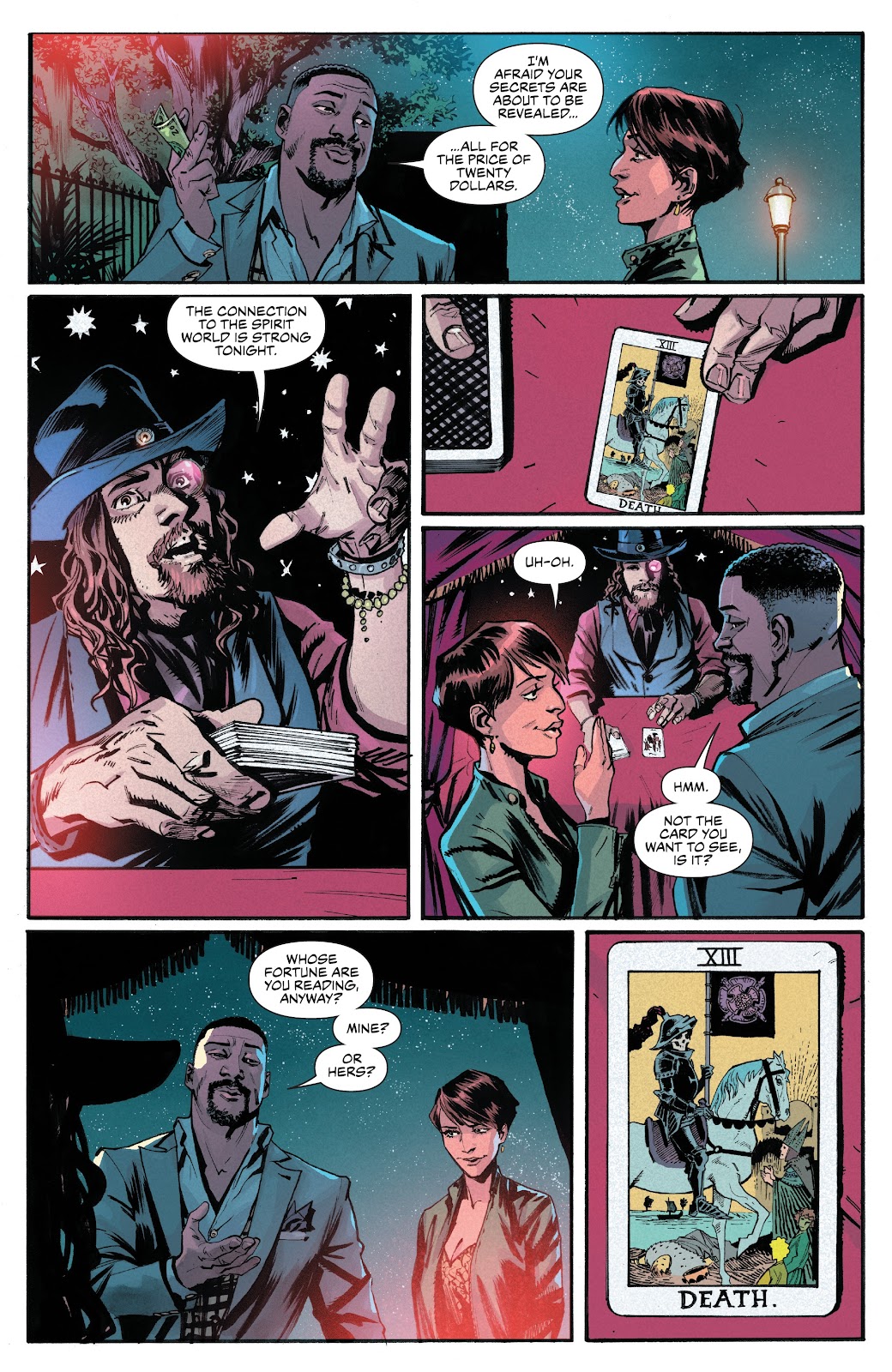 New Orleans crime family the Winters have discovered and successfully created demand for a new drug that only they can manufacture. It’s attracted wider interest, and corpses are accumulating, both from bad experiences and gang warfare. Cullen Bunn left superior crime thriller Bone Parish nicely poised at the end of Volume Two, and exploits the groundwork here.

From the start Bone Parish has been about family, and early on Bunn widens that remit with a smart new addition to the cast, but their purpose isn’t what readers will first presume. Beyond that, events have been escalating since the series began, and they crank up even further as we discover, perhaps unsurprisingly, how little honour there is among drug dealers when vast amounts of money are at stake.

After all is done and dusted, the creators have their brief say, and without blowing his own trumpet Jonas Scharf points out how he was trusted to generate wordless sequences and give them the correct emphasis. Not many writers possess that trust, but Scharf doesn’t put a line wrong anywhere in Bone Parish. His art doesn’t flash and sparkle, but it does exactly what’s intended and tells a good story very efficiently without distractions so the story rolls out at the correct pace.

The body count is high with some well staged violent departures, some of them surprising, but without in any way suggesting the final chapter to be poor, it does take the most obviously explosive route. That’s the most surprising aspect, which is strange because Bunn has been good at avoiding the well-trodden path. Everything is professionally handled over that final chapter, but it conforms to expectation, when the previous eleven chapters avoid it.

Should there be a demand, the door is left open for a sequel, but Bone Parish stands alone as a finely crafted crime thriller. 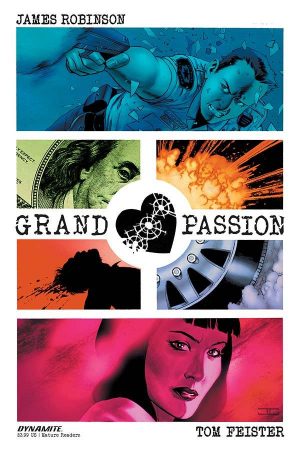