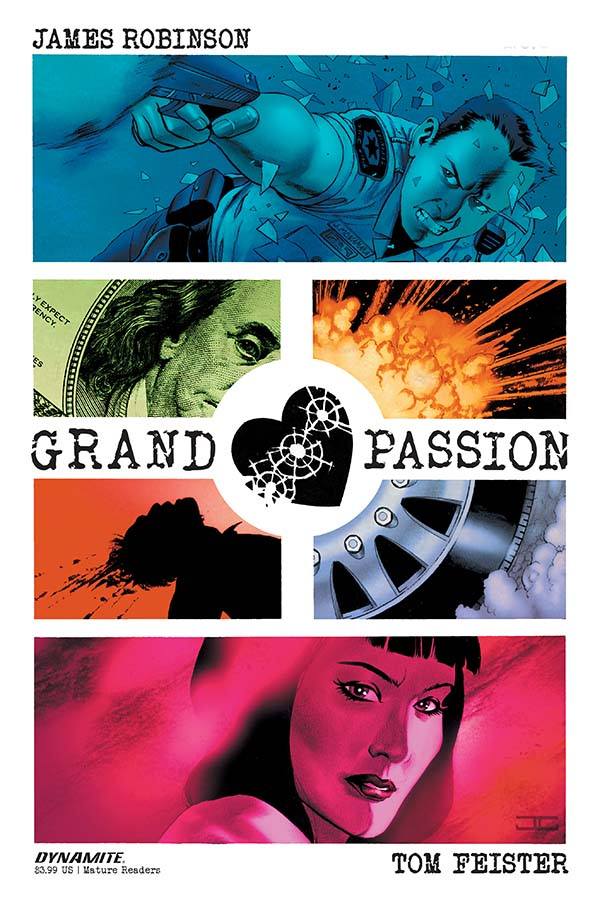 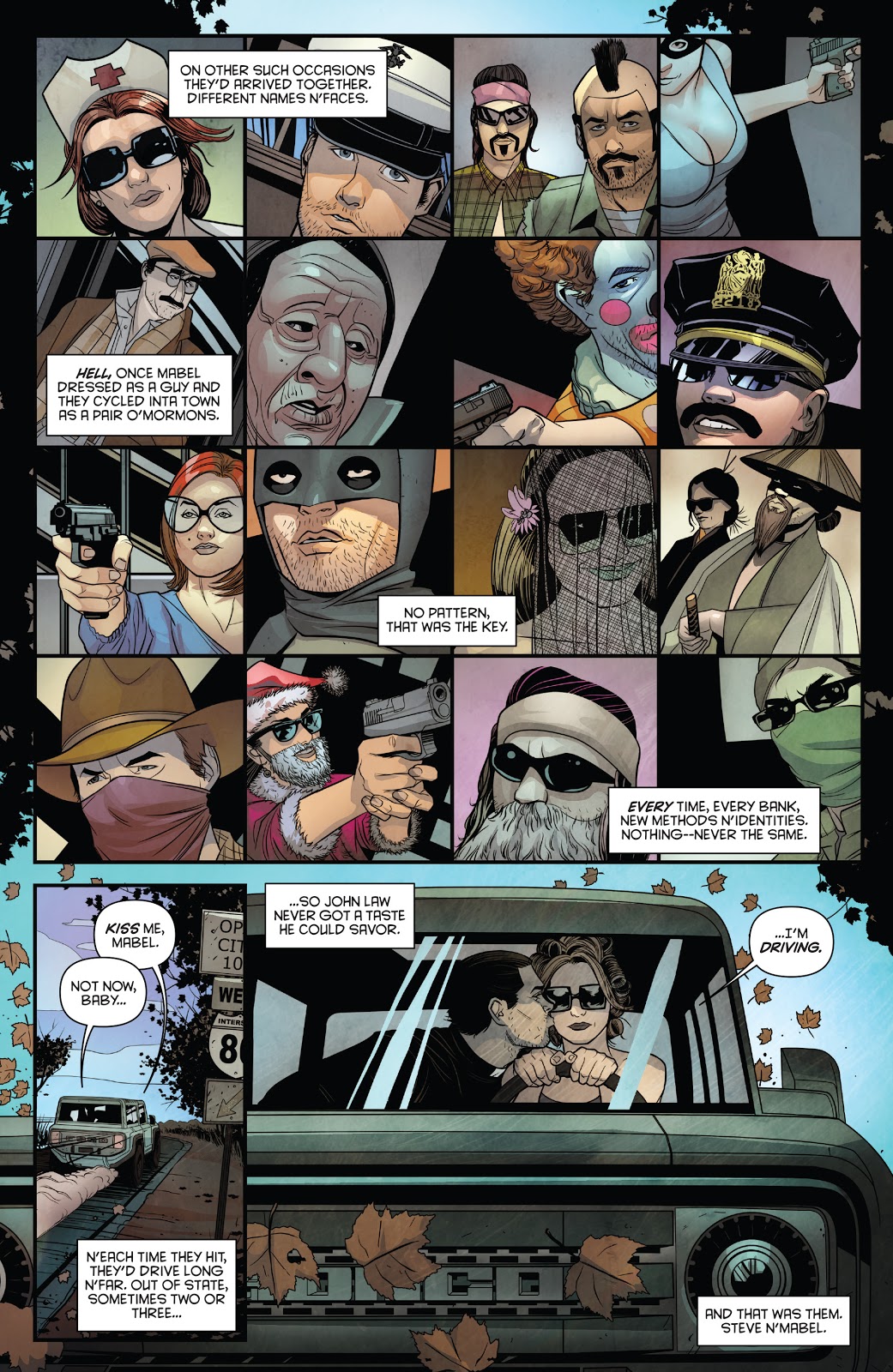 Mabel and Steve rob small town banks. They’re well prepared, vary their methods and always ensure their next job is a few states away from their last hold-up. Mac is a Sheriff’s Deputy newly posted to Fair Valley in Illinois, and when his eyes meet Mabel’s through the haze of a smoke bomb… Well, why don’t we let James Robinson tell you, seeing as he’s the writer?: “It was truly, utterly, eternal love from the instant Mabel and Mac set eyes upon each other”. This, as is everything else, is described in downhome terms by the person narrating the story. The twist is that Mabel lives by a criminal code, whereby the person who killed her partner also has to die, which seems to over-ride instant hots.

Grand Passion is Robinson’s investigation of the phenomenon of love at first sight, complicated by a hefty dose of Quentin Tarantino’s cinematic quirks. What initially seems straightforward becomes ever more complicated as duty clashes with life and reality with luck, be it dumb, good or bad. The plot is tight, the surprises drop as they should, and it’s a crime caper so tightly written that it’s almost strangled.

The sparkle of the plot isn’t quite matched by Tom Feister’s art. He’s good at telling the story, sets the scene well and places the right visual emphasis on important moments. The cinematic use of long horizontal panels is habit, and when faces are cut off in them they look fine, but otherwise drawing people isn’t Feister’s strength. There’s a ruler-straight, angled quality to them, and the heads don’t always sit correctly on the bodies.

If that doesn’t bug you too much, this is a first rate caper, skimming through the entire emotional spectrum.