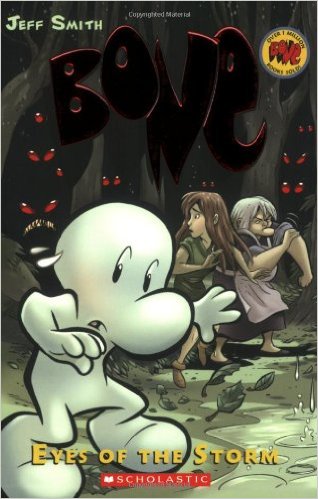 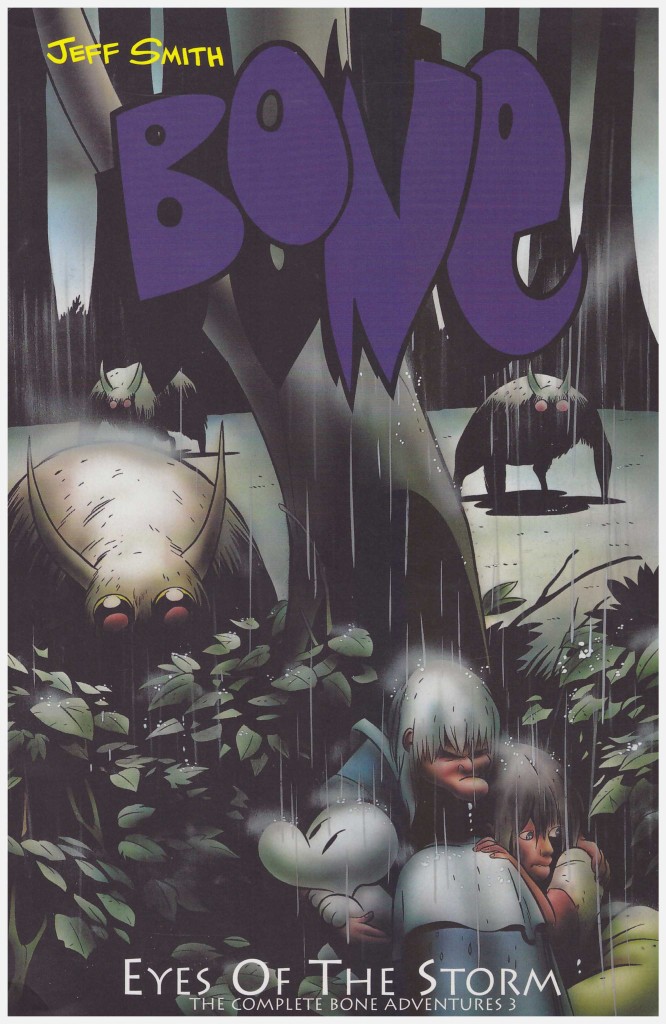 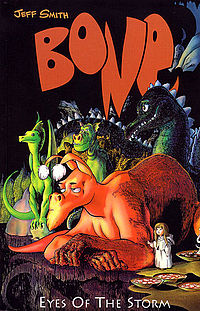 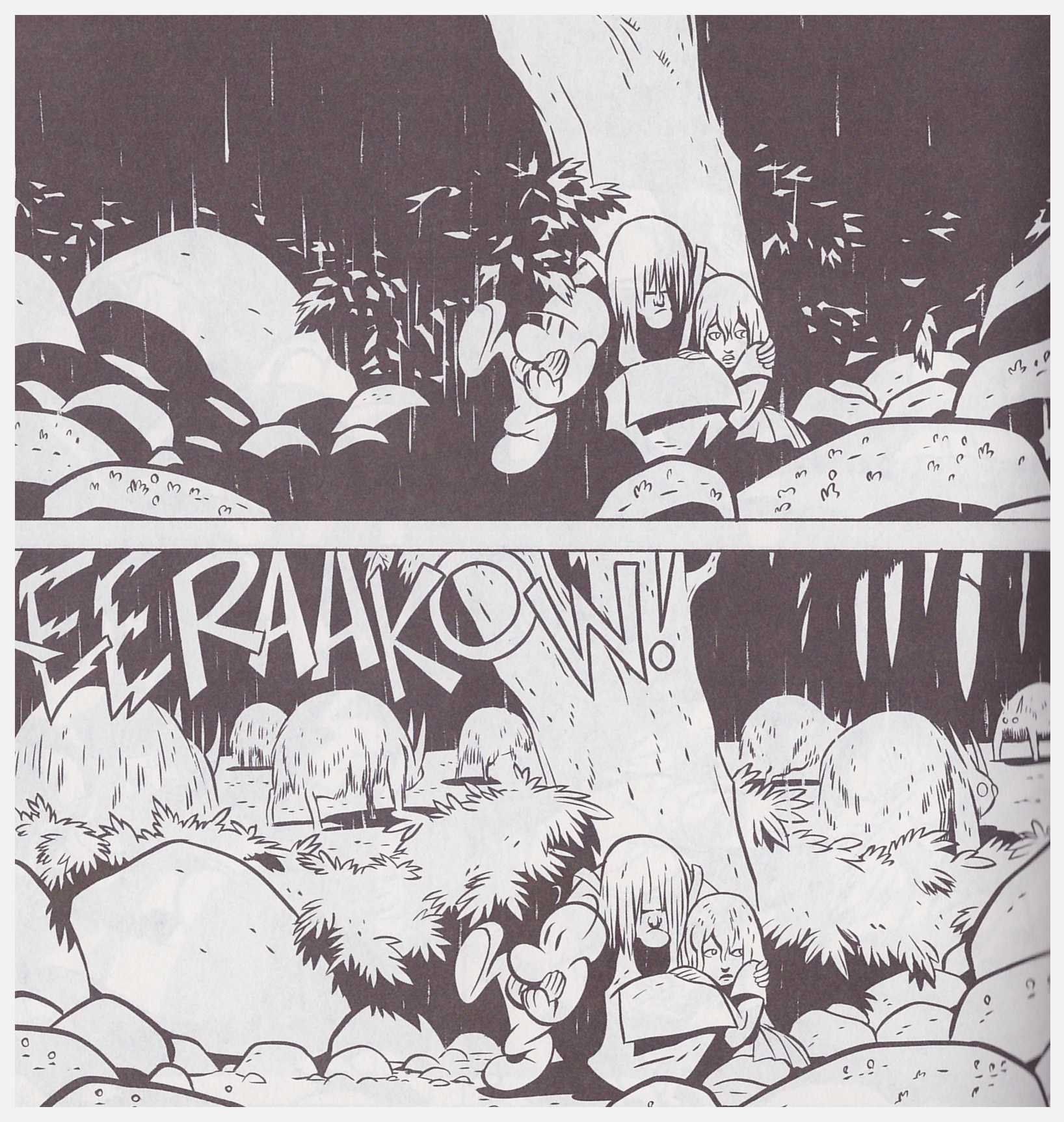 Eyes of the Storm marks a transition for Bone. The previous two volumes were high on light comedy, and low on tension. The opposite is true here.

Phoney’s actions in The Great Cow Race required Gran’ma Ben and bar owner Lucius to bail him out in order to avoid a lynching. The price to be paid is that he and Smiley would first help restoring Gran’ma’s property, then work for Lucius until the debt is cleared. Phoney, though, has other ideas, and these provide the book’s main comedy sequences.

Jeff Smith is moving into the grand fantasy he always planned, with some extensive revelations occurring at the midway point, among them that the incident during which the Bones were separated in Out From Boneville wasn’t some random natural occurrence. Gran’ma finally has to face some unpalatable facts stretching back fifteen years, and it turns out that the biggest threat detailed to date has its own master.

Whereas there was almost a playful quality to the scenes of danger in the previous volumes, here Smith accentuates the peril. There’s a long scene set during a rain storm at night when Gran’ma, Thorn and Fone need to make their way back through the woods to their cottage, and Lucius, Phoney and Smiley are returning to Barrelhaven. The trees conceal dozens of the hairy rat creatures, all able to see more efficiently, and the overwhelming sense of dread and danger is far more prominent, and not diminished by the presence of the cute Bones.

As previously, and indeed throughout the entire series, Smith’s cartooning is extraordinarily accomplished. Being both the writer and the artist he has an innate sense of composition, and he characterises the cast without words. This is quite the achievement considering the Bones are in effect little white blobs.

There’s a shift of emphasis to conclude this book, and the series continues with The Dragonslayer.

All Bone volumes are available in both black and white, and in colour. It’s debatable whether the colour is at all necessary. It was added by Scholastic Books as considered to have greater appeal for the general market, but artistically it makes little difference. Smith took the opportunity to modify the story slightly for the colour publication, in this volume adding a scene of Thorn and Fone talking about Ghost Circles, which only come to have later significance in the black and white storyline. Those who’d prefer to the entire series between two covers also have the option of colour or black and white, and this is also collected with the previous two books as Bone: Three Volume Collection.