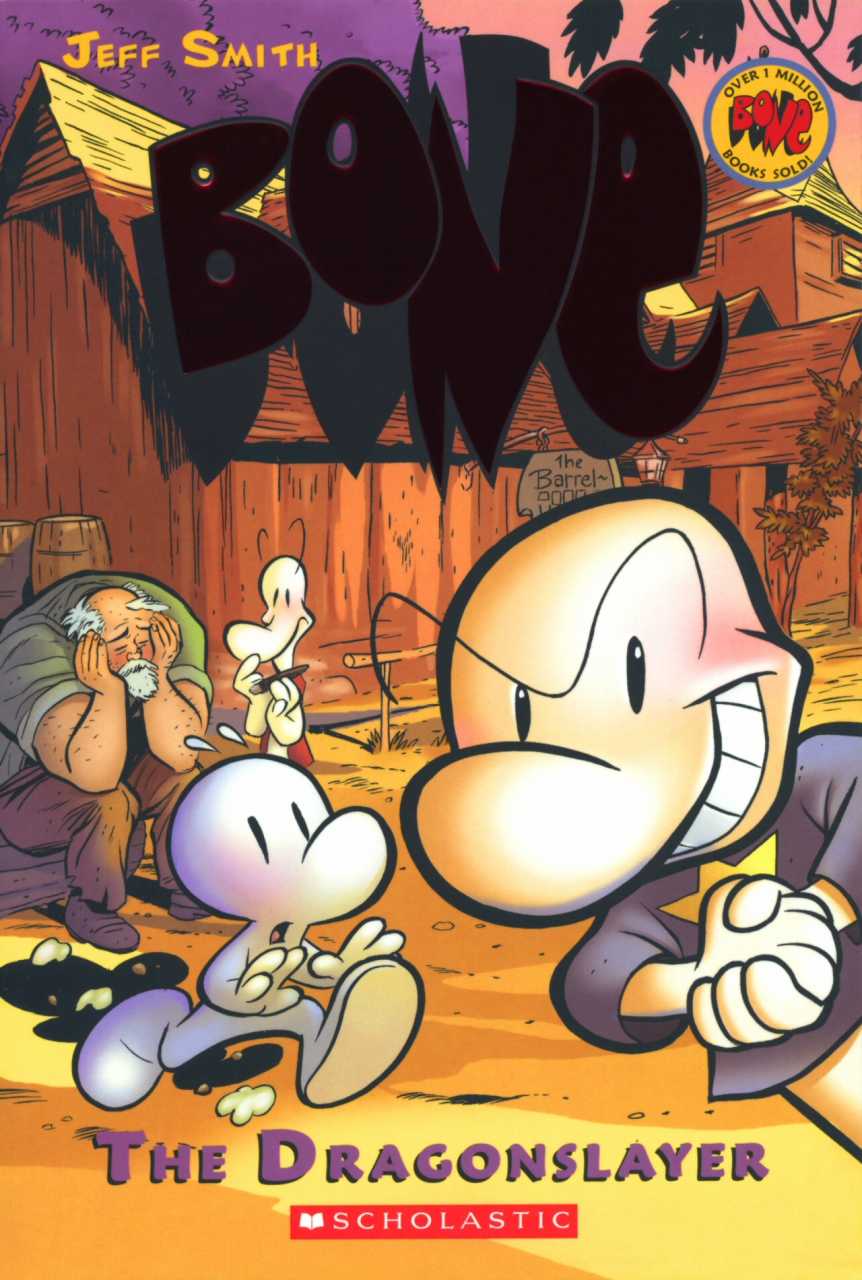 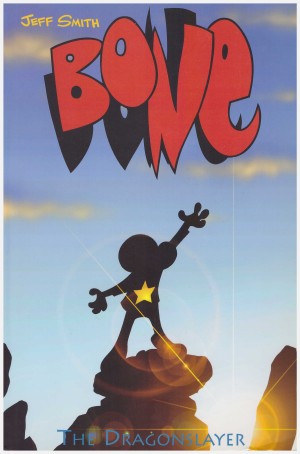 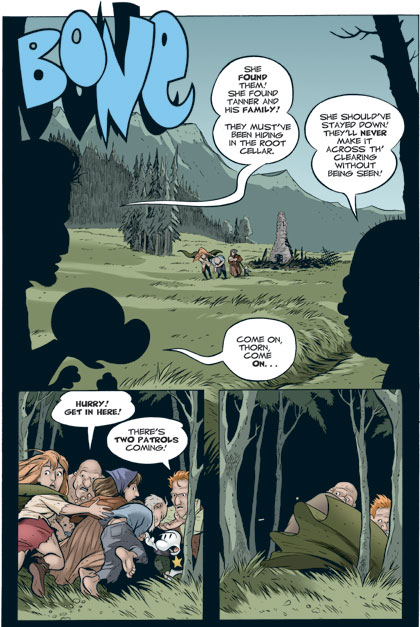 It might have been supposed that with the surprising revelations about Gran’ma Ben and teenage Thorn that we now knew the background to events in Bone. Not a bit of it. Eyes of the Storm revealed part of Thorn’s significance in the bigger picture, but Jeff Smith has a lot more to let loose here.

Without going into too much detail, the background to the entire series is that two very powerful forces have been at war in the past. The dragons appear benign and the Locust King not so, and the rat creatures serve him. The settlement agreed to terminate the war was that the Valley, the land occupied by Grandma’s farm and the community of Barrelhaven, was to be neutral territory with neither set of forces impinging. As has already been seen, though, the rat creatures are becoming bolder, and the higher echelons of both forces appear to be able to communicate with both Fone Bone and Thorn via their dreams.

If that all makes it sound as if Bone has taken rather a dark turn, that is the case. The charm of the characters remains, but the humour supplied is largely of a dark kind, such as Phoney Bone manipulating the Barrelhaven yokels to his own advantage. This is despite Lucius explaining the dangerous territory he’s stirring by taking advantage of their credulity. Actually, as it turns out, the danger is far greater and far more imminent than realised.

This sequence may be on the dark side, but there’s no problems with Smith’s art, which continues to delight, his storytelling impressive, and his characterisation brilliant. There’s a new mood for Thorn, and he conveys that in heartbreaking fashion. Smith also employs a distinct method of detailing the dreams that have become increasingly significant to the story. They’re all rectangular panels, four to a page, enclosed in black. It’s also noticeable that characters appear somewhat transformed within these segments.

By the end of the book there’s been a very public declaration, and the story continues in Rock Jaw – Master of the Eastern Border.

All Bone volumes are available in both black and white, and in colour. It’s debatable whether the colour is at all necessary. It was added by Scholastic Books as considered to have greater appeal for the general market, but artistically it makes little difference. Smith took the opportunity to modify the story slightly for the colour publication, altering some dialogue, and occasionally removing or adding material. In this volume a conversation in the woods involving Fone, Thorn and Gran’ma Ben is truncated by four pages in the colour edition, with the dialogue amended to compensate. Those who’d prefer to the entire series between two covers also have the option of colour or black and white.