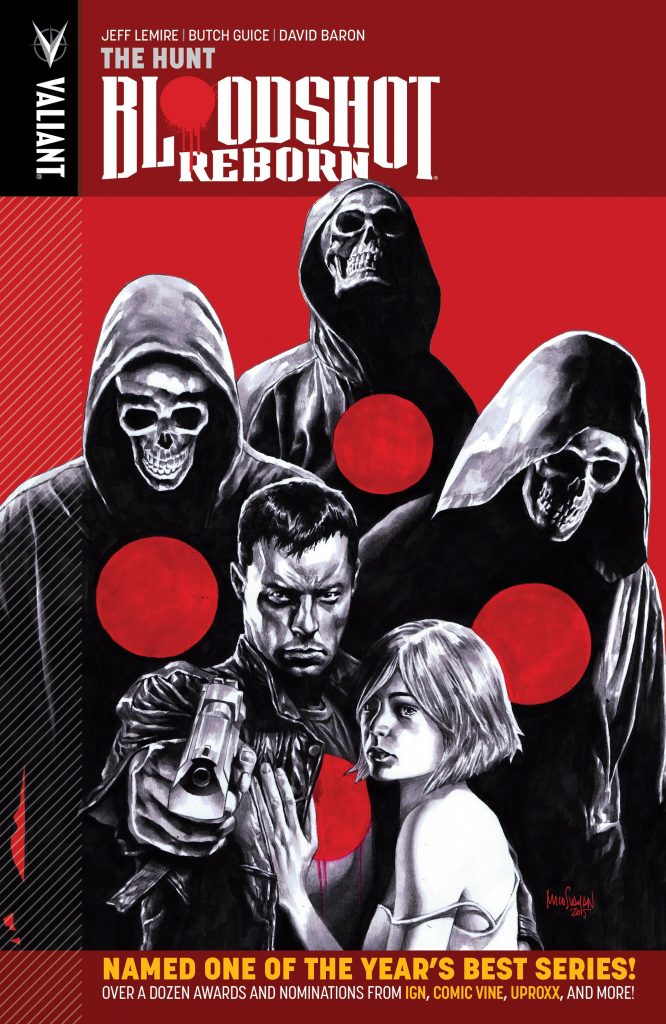 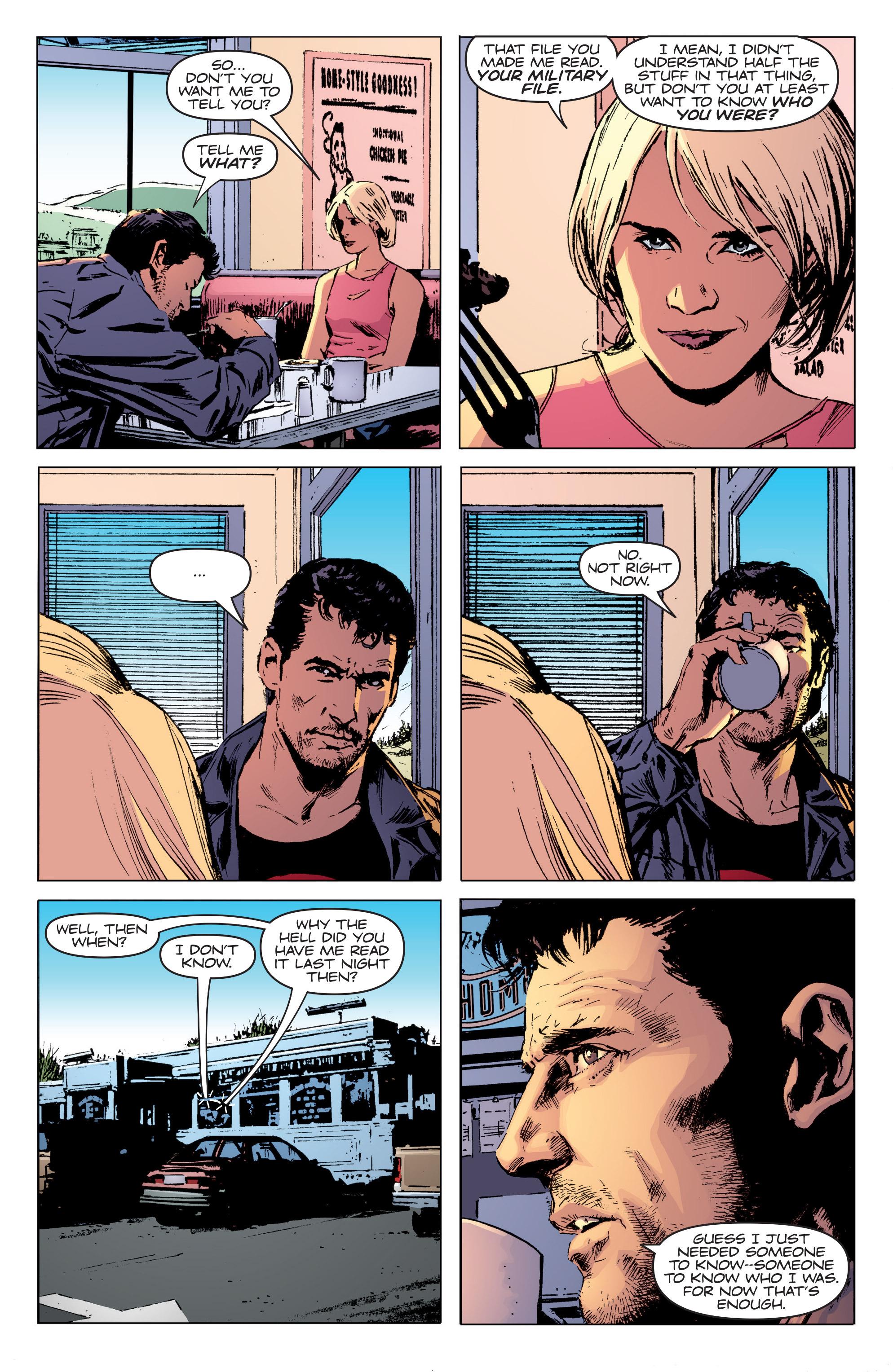 As is customary with Valiant titles, a new book in the series means a new artist, but there’s no need to mourn the loss of Mico Suayan excessively as Butch Guice brings a style midway between Suayan’s photo realism and the effective cartoon-based work of Raúl Allén that closed Colorado. Sometimes Guice’s long career works against him, and he doesn’t get the attention he deserves in comparison with some young turks, but he brings decades of experience in solid storytelling, and these are layouts to be admired.

Bloodshot, or Ray Garrison as he is here, was divested of the nanites that both developed him into the perfect killing machine and healed him instantly from any injury. Those nanites didn’t just disappear, however, they infected others, not as conditioned as Ray, and the infection made these people killers, but random killers of the innocent. Ray’s only solution is to house the nanites himself again, but with each successive infusion he loses another part of his humanity. The complication is that another party appears resistant enough and is gleefully acquiring the remaining nanites before Ray.

Jeff Lemire has transformed Bloodshot’s milieu into that of the taut thriller, as he first hits the realisation, then knows he has to track this person before he can kill the last other surviving nanite host. This isn’t the only trail being followed, as Jeff Lemire’s two unconventional FBI agents also feature, and as Festival achieves results by following hunches, she’s decided to investigate the top secret Project Spirit. Funnily enough, Ray’s carrying around a file with that title, one he’s not prepared to read.

It might not sit well with those who preferred Bloodshot’s previous Punisher style incarnation, but Lemire’s re-envisaging of Bloodshot is a creative success. It’s perhaps not quite as good as the rave reviews would have you believe, but there’s thought behind the plot, and unpredictability within it. Lemire brings his introductory arc to a close with The Hunt, and over two volumes it’s a story well told. The Analog Man is up next. Alternatively both are also contained within the oversize hardcover Bloodshot Reborn Deluxe Edition.