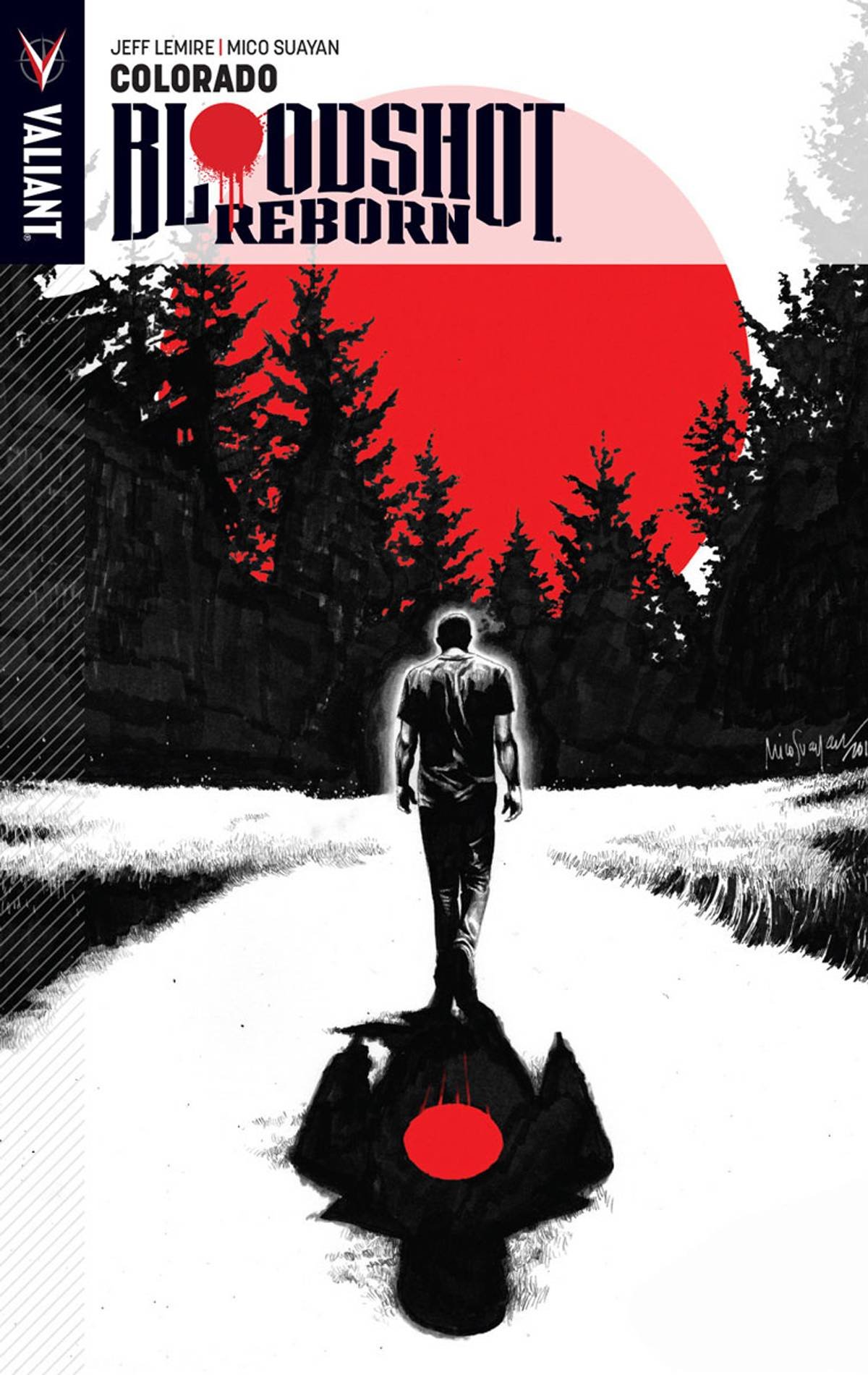 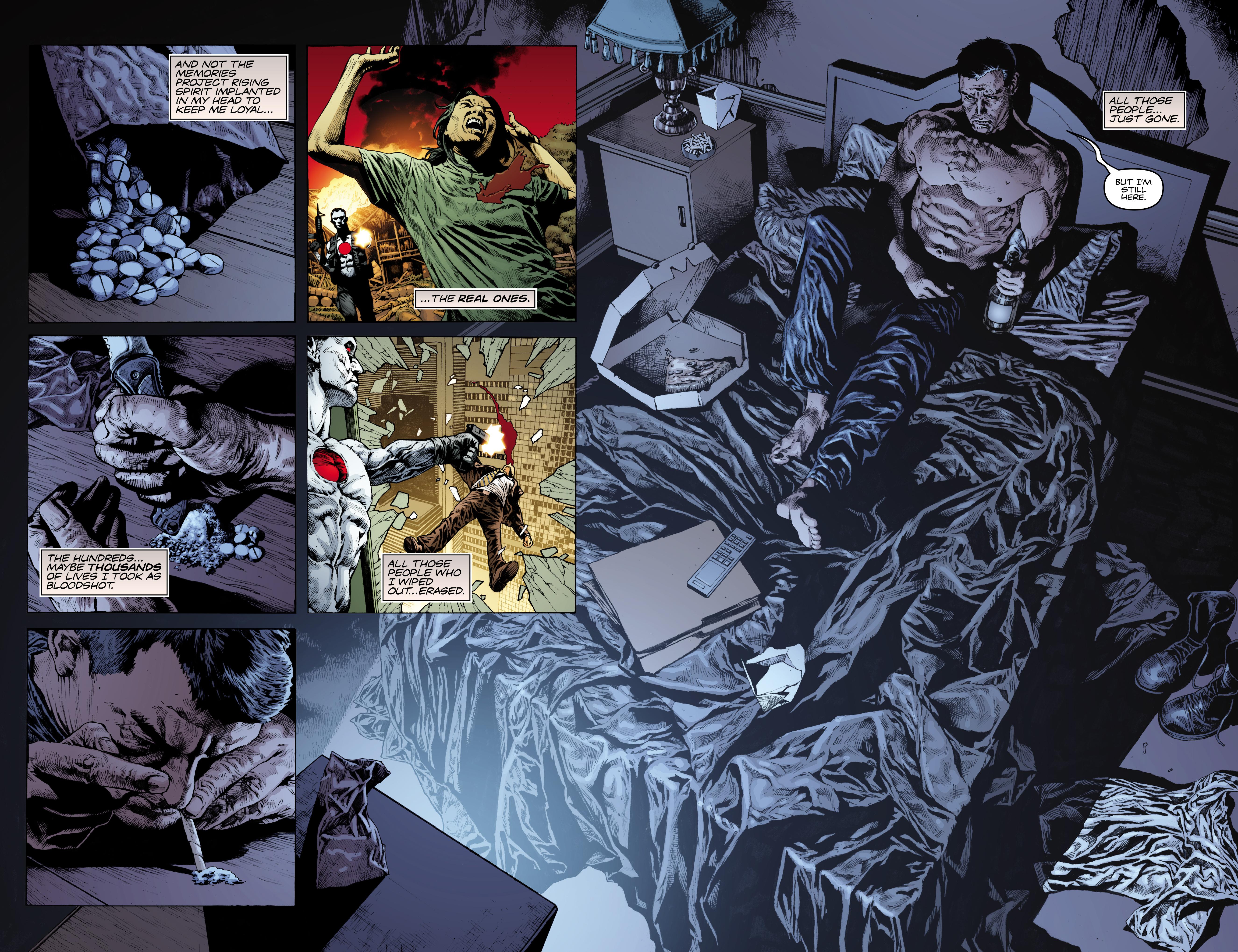 There was a sort of final peace for Bloodshot in his previous incarnation, and if you don’t want to know what that is, don’t read past the second paragraph.

Bloodshot Reborn accumulated a considerable amount of positive reviews and a surprising number of award nominations. There’s nothing wrong with Colorado. The basic premise is an interesting twist on Bloodshot’s past, and at times Mico Suayan’s photo realistic art is superb, but Colorado isn’t as good or as groundbreaking as anticipated given the near universal praise.

At the end of his previous series Bloodshot had found love with Kay, the planet’s Geomancer, a sort of magical Earth-mother, which was whipped away with her death. Before she died, however, she cleansed Bloodshot of the nanites circulating in his blood. These microscopic machines almost instantaneously repaired his body on injury, healing him from would be fatal wounds for ordinary humans. This, however, had a price. He was also controlled through them, and became an almost perfect killing machine. Jeff Lemire’s series opening has him in effect licking his wounds as he considers his losses. He’s shaken from his self-pity on seeing news footage of someone with his previous identity killing innocents in public. The nanites removed from his body found other homes, in people not as capable of adapting to their presence, and who followed his pattern of killing, but randomly, without the control element limiting his actions to those deemed serious threats. Bloodshot retains a bond with the nanites, and determines to put things right, even at the cost of becoming their host again.

Lemire paces Reborn like a TV action drama, one that would drop easily into the loner against the world category were it not for an interesting twist. Bloodshot is accompanied both by the ghost of his dead girlfriend and a cartoon avatar of his former self. At this stage there are no explanations. Are these the hallucinations of a diseased mind, are they comforts induced by nanite residue, or are they as real as they seem to him? In Colorado Lemire’s playing his cards close to his chest. Also involved is a young FBI agent, very attuned to her intuitions, which have resulted in successful arrests. Her background is subtly immersed as the story progresses.

Given the circumstances it may be deliberate, but the one odd aspect of Suayan’s art is the slightly disturbing posed smile he gives Kay. Otherwise it’s good, attractive, eye-catching and thoughtfully laid out. Raúl Allén takes a very different approach for the final chapter, heading more toward emotionally strong cartooning, and it’s even more eye-catching due to extremely effective colour. The credits don’t make it clear exactly who’s responsible, Patricia Martin getting a “with” for the art and Borja Pindado credited with “additional color”, although as he works without outlines on some pages it may be Allén himself responsible.

This final story is both the most hallucinogenic and the best in the collection, as Bloodshot confronts his demons head on, and it leads into The Hunt. Alternatively, both are combined in the first hardcover volume of Bloodshot Reborn: The Deluxe Edition. 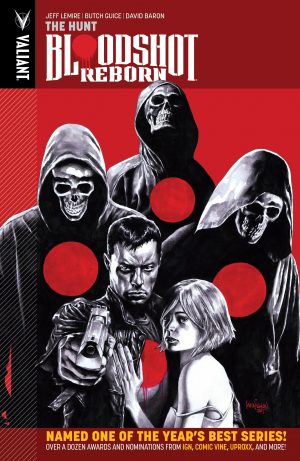 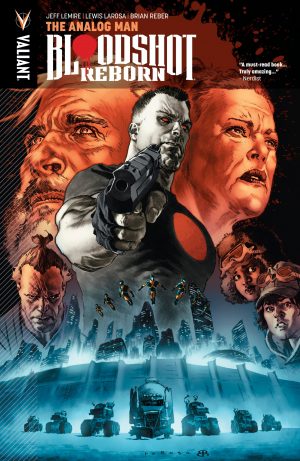 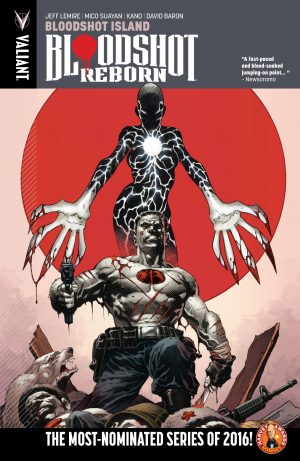 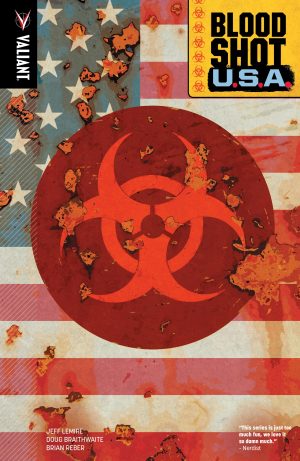