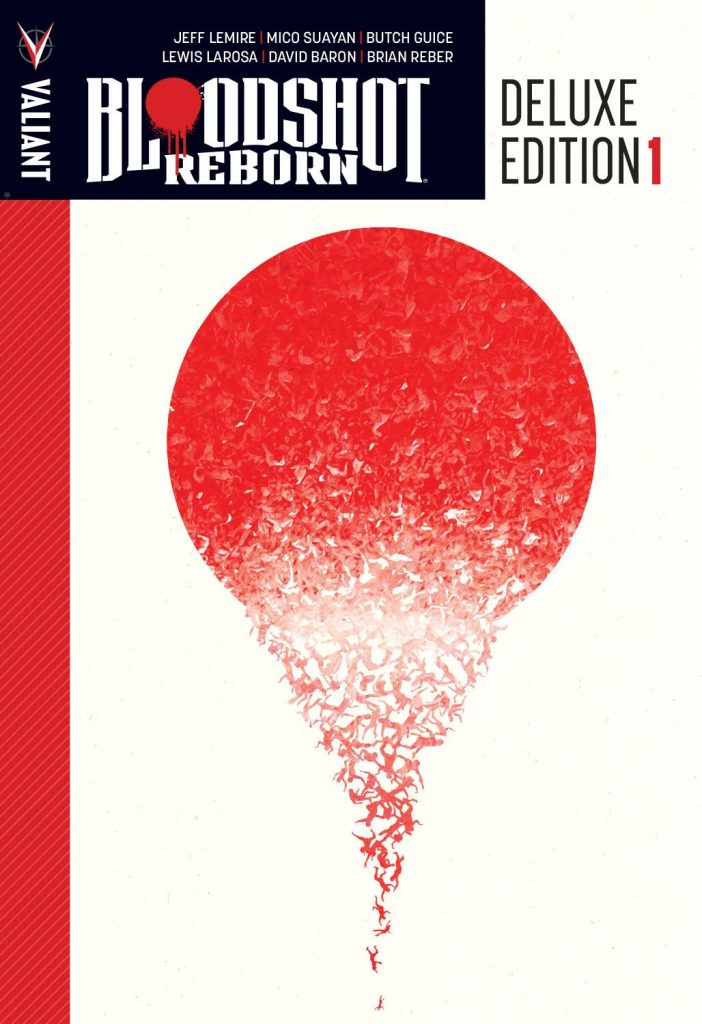 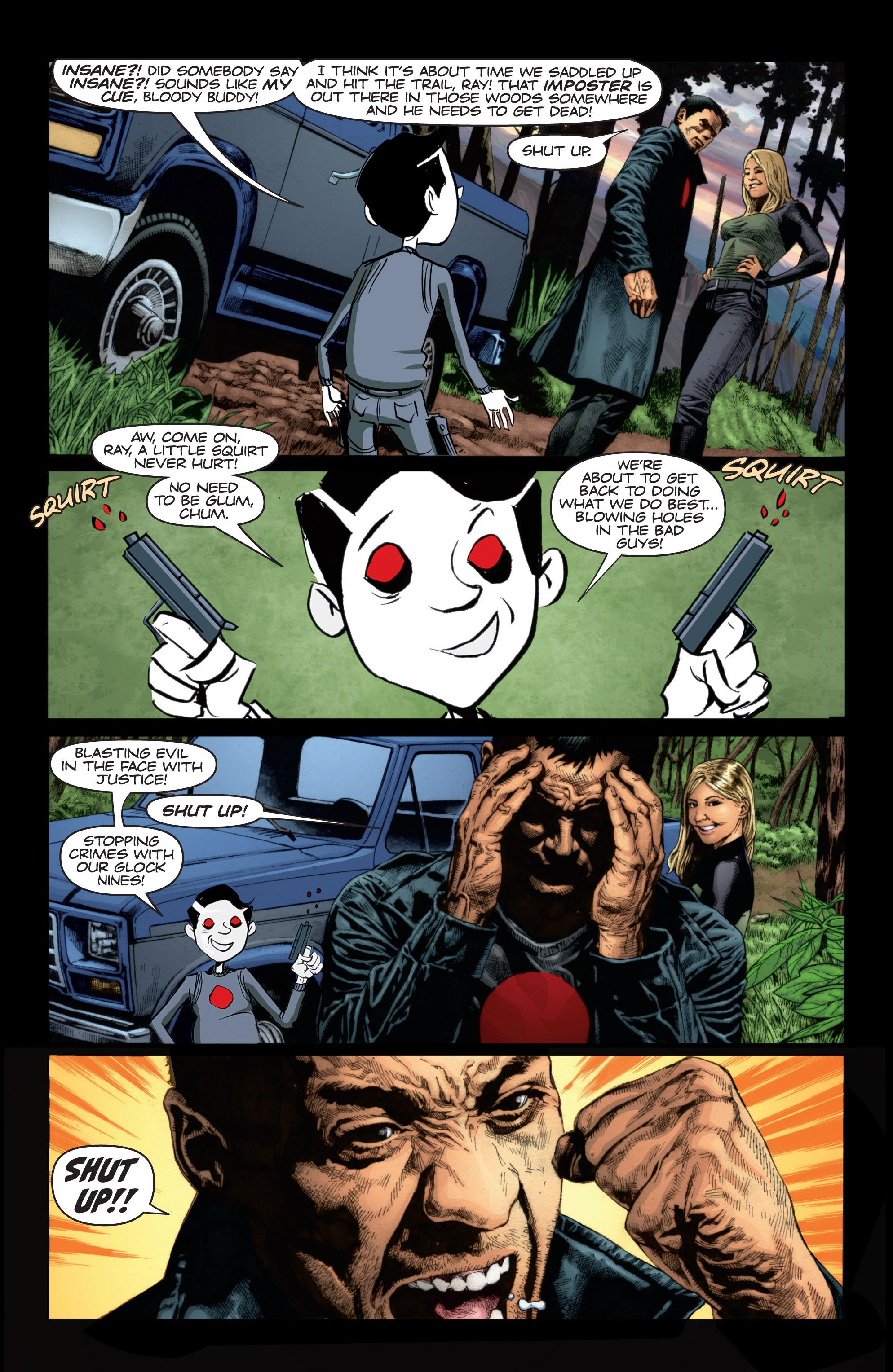 Bloodshot Reborn was almost universally well received, nominated for several awards and is surely the best looking Bloodshot series published to date. However, it may not quite live up to the level of expectation. Of the two Deluxe Editions, this is definitely the one to buy, as volume two is patchier.

Bloodshot the way he was could be seen as combination of the Punisher’s remorseless killing capability with Wolverine’s healing and regeneration abilities. Both were due to nanites, microscopic machines in his body that instantly repaired damage and removed his personality to make him the perfect killer. His previous incarnation had ended with the removal of the nanites, and the book opens with plain Ray Garrison working in a Colorado motel, but not in a good place mentally, coming to terms with what he’s done under the control of others, and the loss of a loved one. His self-pity is ended by a news report that an atrocity has been carried out by someone resembling his previous identity. It transpires the nanites purged from his system have found new homes with individuals less able to cope with the strain of their possession. Ray’s moral dilemma is whether to take the nanites back knowing the cost to himself.

While perhaps not matching reputation, two thirds of this book is good. Jeff Lemire conceives ways beyond the nanites to refresh Bloodshot, provides him with some decidedly odd travelling companions and sets a pair of eccentric FBI agents on his trail. One of them follows her instincts, and has a great reputation for clearing up cases by doing so. These instincts lead her to Project Rising Spirit, and oddly enough Ray has one of their files allegedly revealing the truth about who he once was.

The art is excellent throughout. Mico Suayan works in a form of almost photo-realistic naturalism, while Jackson Guice also has a figurative style, and a stronger sense of storytelling. Raúl Allén moves towards cartooning, but is distinctive and polished, and also offers strong page designs and effective colouring. Lewis Larosa illustrates the final section, which is more adventure oriented, a form with which he’s very good, and it does provide a chance for him to showcase several impressive segues. This, however, is a slightly odd series of episodes. They lead to a good pay-off, but apart from a strong and surprising opening chapter the pay-off isn’t good enough to merit the prior predictable adventure story.

Bonus features? Chatty commentary from editor Warren Simons is always welcome, and he hosts a number of pages detailing the journey from script to printed page.

Most of Bloodshot Reborn is very readable, but that it currently holds the record for most Harvey Awards is surprising. If you’d prefer just to dip your toes in the water, there are paperback versions of this content. Suayan and Allén draw Colorado, Guice The Hunt, and Larosa The Analog Man. 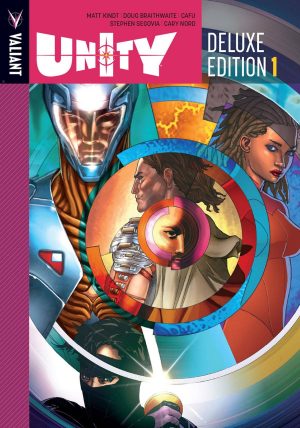