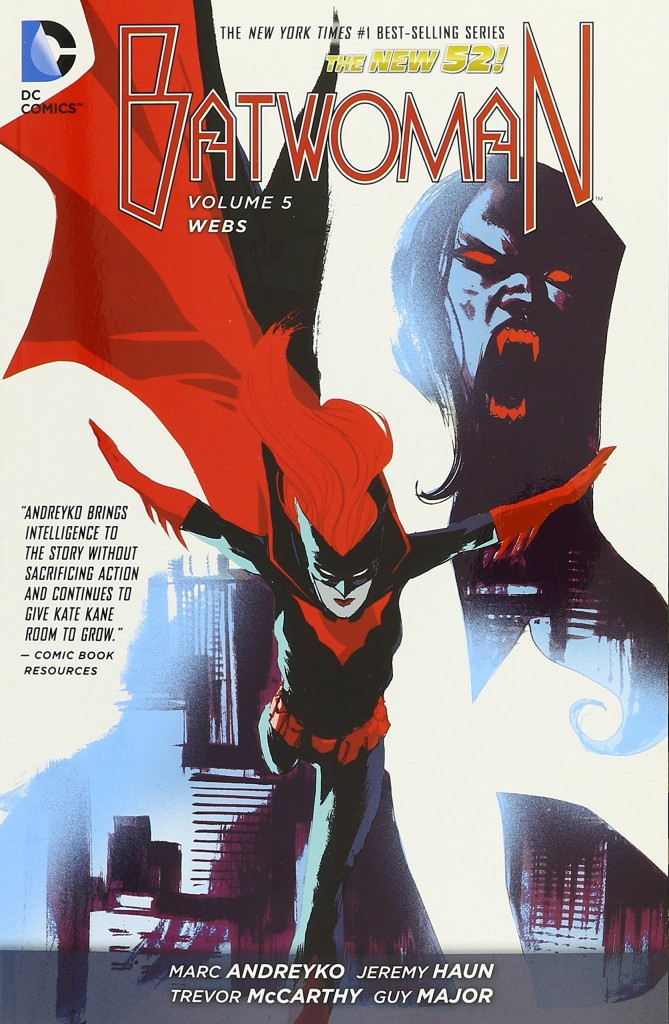 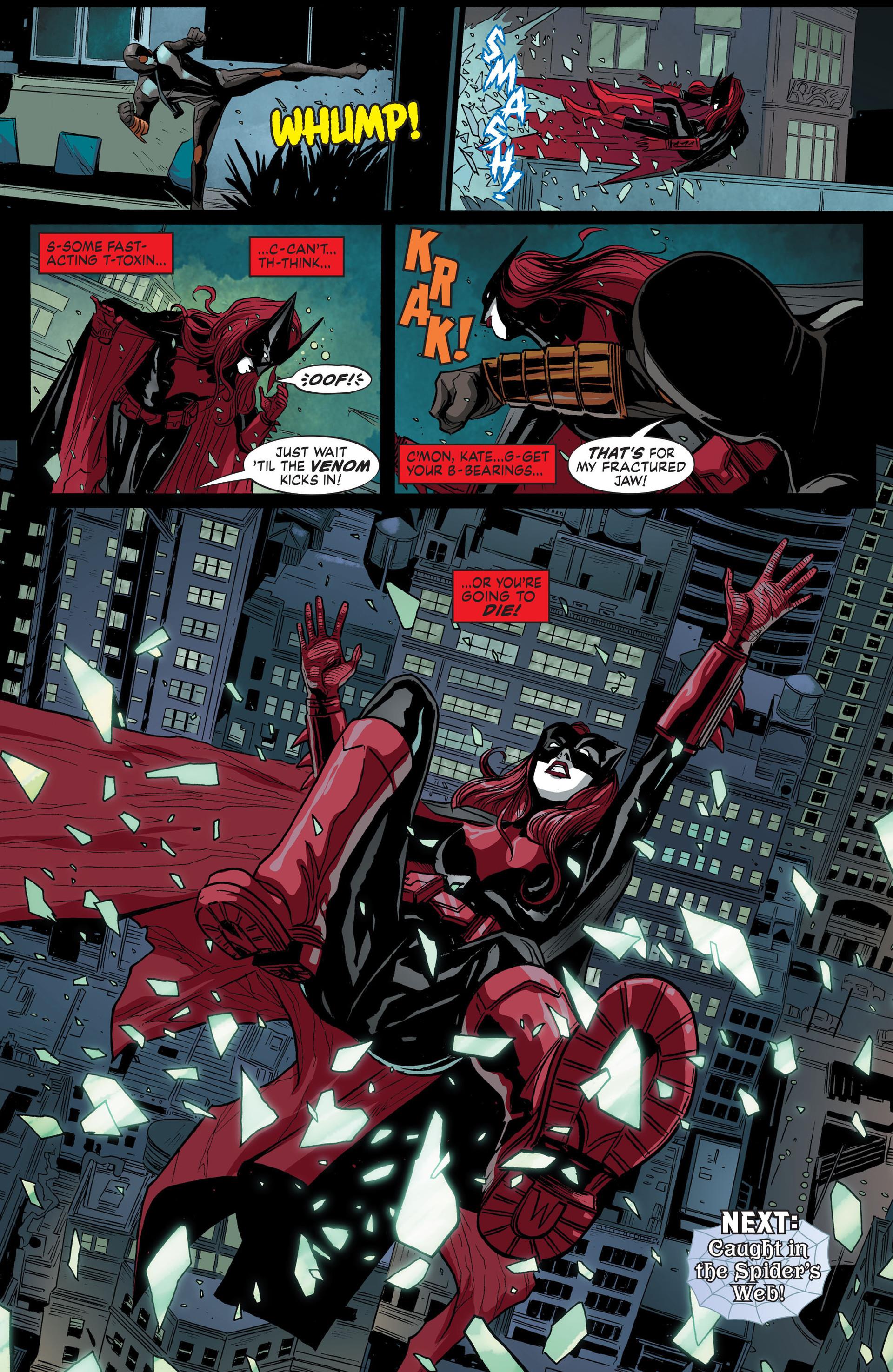 Webs brings an abrupt change of writer to Batwoman, with Marc Andreyko now guiding the character’s destiny. Those wanting to know the ins and outs of this can track down the various viewpoints online, but they amount to a disagreement between previous writers J.H. Williams III and W. Hayden Blackman with DC about Kathy Kane being permitted to marry her female partner. Under the circumstances, it’s no spoiler to announce that doesn’t happen.

Andreyko was given an annual in which to wrap up the plots occupying This Blood is Thick, illustrated by the increasingly impressive Trevor McCarthy. It might not have been the conclusion imagined by the original writing team, but neither is it unsatisfying, and Andreyko throws in a good surprise element of his own devising, underpinning what’s occurred to date.

The title story occupies the bulk of the book, and while there’s a solid plot at its core, it also rambles over over six chapters. A mysterious new costumed thief calling themselves Wolf Spider is stealing paintings by an artist named Eisenstadt, and compiling a complete set from private and public locations requires considerable guile. The eventual revelation as to the logic behind the thefts is disappointing, but where the story works best is with the relationship issues impacting on Kathy Kane and Maggie Sawyer. Given the previous furore, Andreyko’s surely been provided editorial direction, but his character manipulation within that is convincing. He introduces assorted complications, one of which is anger management therapy.

A bewildering array of artists illustrate the earliest chapters before Jeremy Haun settles in for the long haul with ‘Webs’. Early on there’s an ill-advised attempt to mimic the ambitious montages Williams III had drawn, but these are cluttered and lack any decorative quality. Otherwise Haun has developed into a sold storyteller who can now make his pages look interesting. Elsewhere Jim Fern, Andrea Mutti, Pat Olliffe, Moritat, Francis Manapul, Jason Masters, and Scott Kolins all contribute pages without illustrating a complete tale.

A second story features the immortal Nocturna, recently released from Arkham Asylum, and Andreyko pulls a real cheap shot with a dream sequence that will surely fool no-one. It first seems as if the pages are padded beyond the plot, but Andreyko sets up a very good finale and ends with a cliffhanger that’ll drag you straight toward The Unknowns, which concludes the run.

Webs is an okay superhero graphic novel, but this series of Batwoman had been so much more. Even putting aside the furore surrounding the switch in creators, it falls short. Start here, though, and you’ll probably have few complaints. 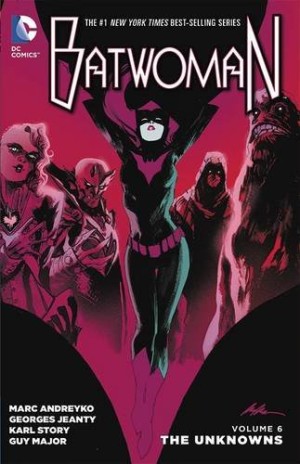