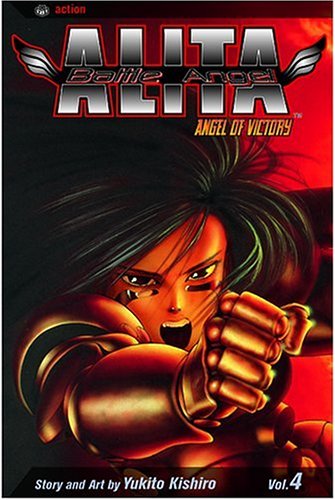 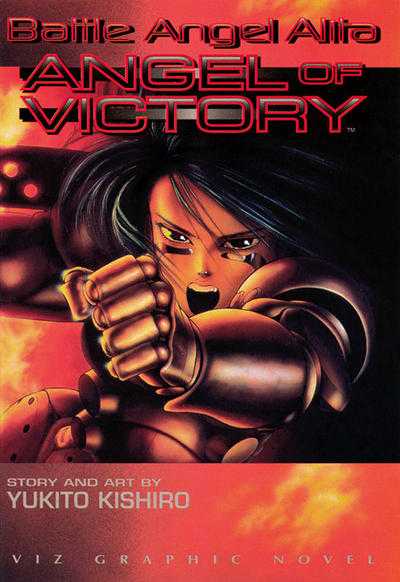 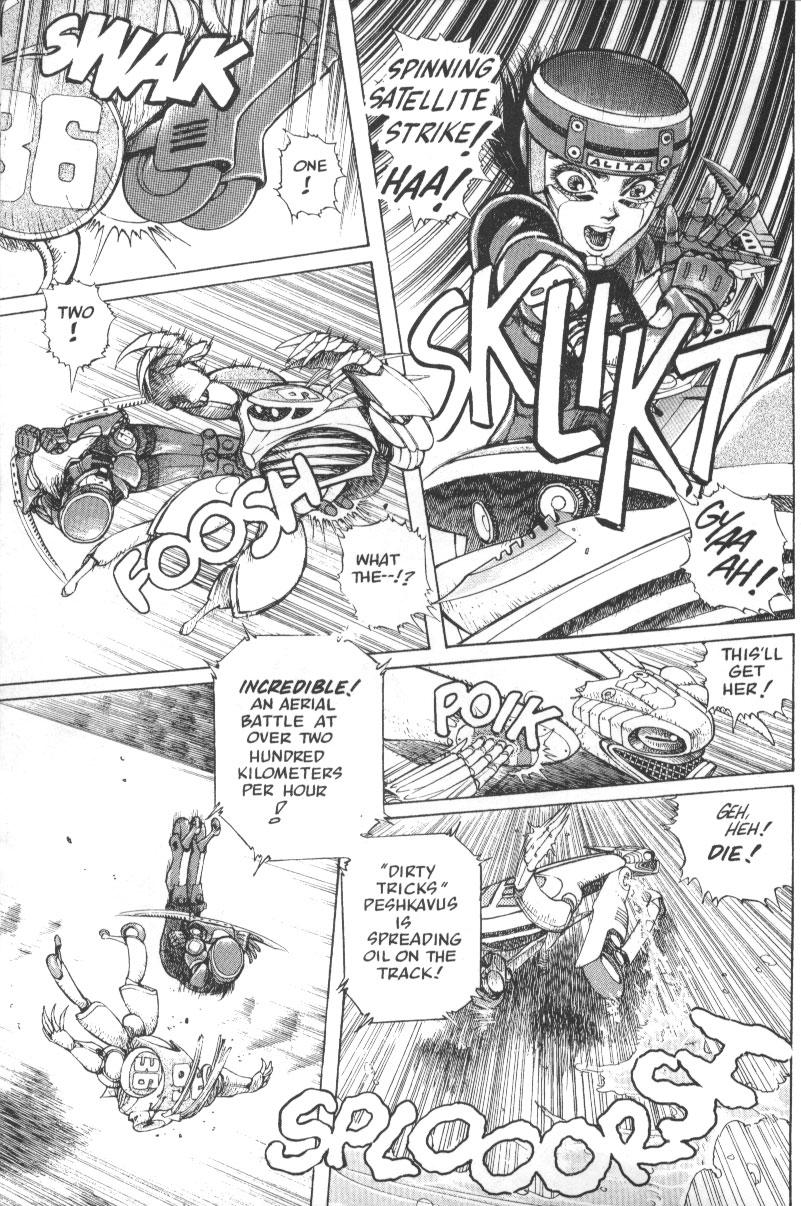 Angel of Victory continues Alita’s journey through the world of Motorball, a violent and potentially fatal sport played by cyborgs. Alita’s participation is because in moments of combat stress she’s able to access fragmented memories of her past, and knowing who she is has become increasingly important. She knows her existence predates her current location of the Scrapyard, and has determined she was once on Mars.

A showdown with the sport’s premier player Jashugan is the tease that Yukito Kishiro drags over from Killing Angel, but before that there’s the matter of Alita’s début in the second league. An opening chapter features that contrasted with Daisuke Ida’s confession in a series of effective cutaways. It’s also a good sequence for clarifying what in the years since Alita’s original publication might now be seen as somewhat sleazy motivation.

Kishiro’s artistic progress over four stories is astonishing. Both in terms of design work and storytelling capabilities he’s come on in leaps and bounds. Well over half of this book is a continued sequence of a Motorball match, and Kishiro’s kinetic art is amazingly well laid out for maximum thrills. Helping with this is that he’s worked out his sport efficiently, ensuring that temporary defeat can still result in victory, and he infuses the story with rivalries and jealousies of professional sport.

When he began it didn’t seem as if Kishiro had any grand plan for the elements he randomly surrounded Alita with, but in small increments he supplies interludes introducing more questions about the society and how Alita came to be there. That’s a secondary concern, though, and when the promised showdown with Jashugan arrives, the tension is cranked to breaking point before the start, and the contest itself is thrilling and meaningful. As has previously been the case, the ending is abrupt. By the time that’s reached Alita has learned more about herself and where she came from, and that’s more than enough to take us into Angel of Redemption.

Anyone really intrigued by Motorball might want to check out Kishiro’s Ashen Victor, a crime story set around the sport. Angel of Victory is combined with Killing Angel for Battle Angel Alita Deluxe Edition Vol. 2.