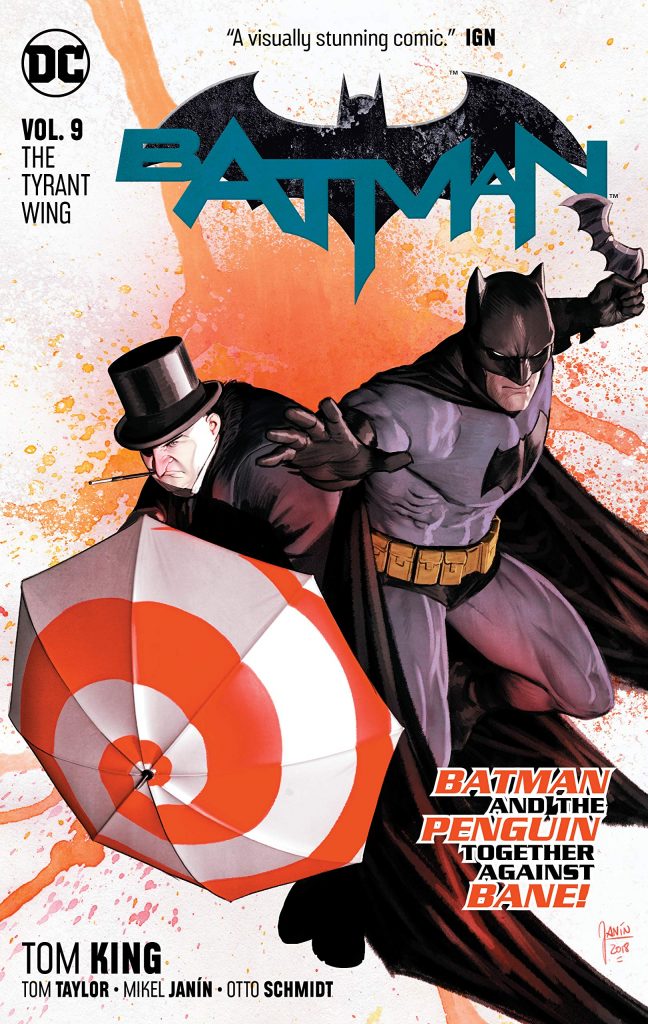 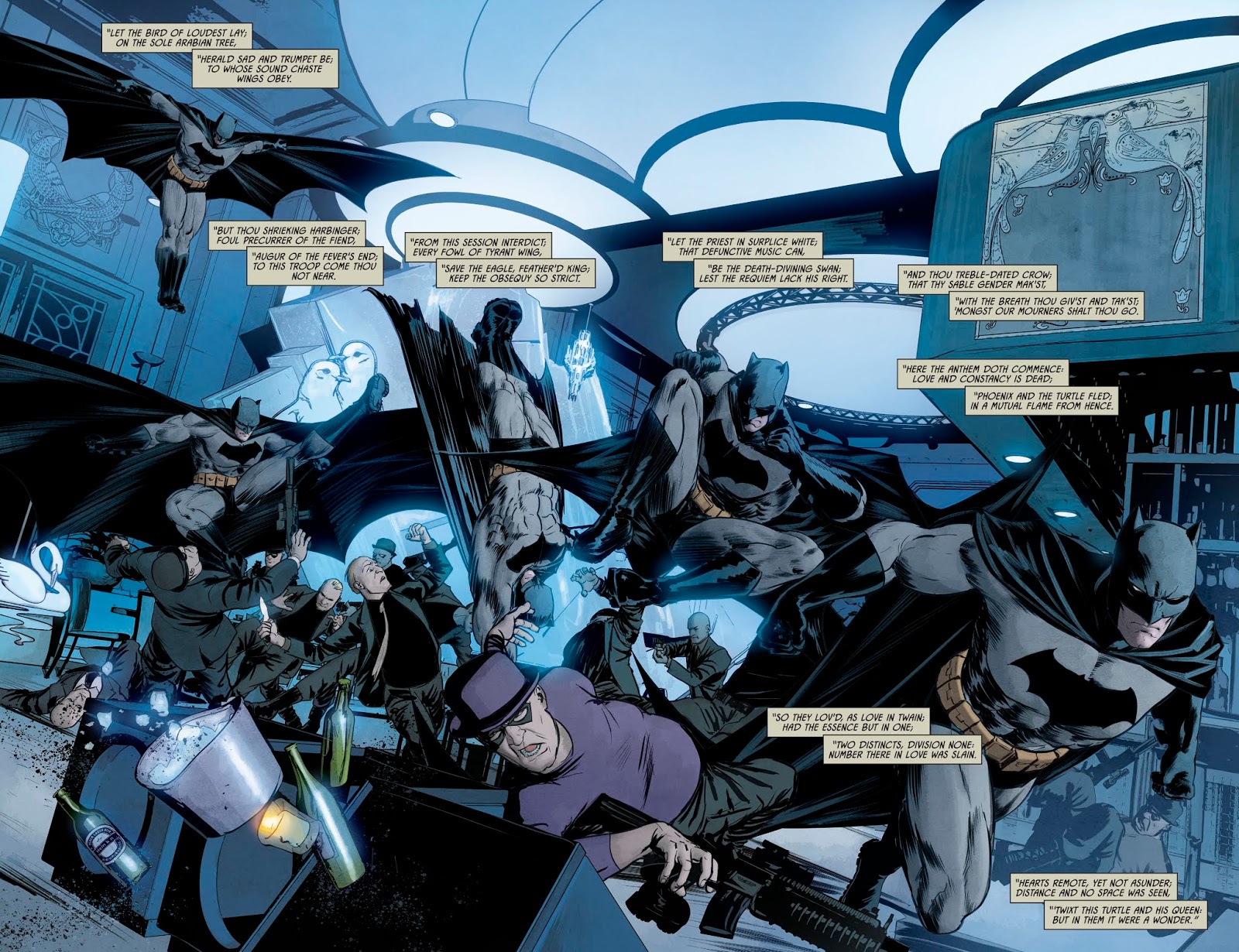 The opening surprise to The Tyrant Wing is that the Penguin was once married, the story beginning with mention of his wife being murdered outside his club. It enforces a tragic connection with Mr Freeze, villain of the previous Cold Days, motivated by the death of his own wife. Having established innocence in his case, Batman’s still attempting to discover who’s behind the killings.

Tom King is also unravelling a bigger plot, one that stretches back to near the beginning of his run with I Am Suicide, and forward over the next four volumes to his conclusion on City of Bane. As that features Bane in the title, there’s no point concealing that Bane is the issue. King doesn’t, but he engenders considerable doubt via a shocking scene of Batman’s total certainty while to outside eyes he appears absolutely wrong. However, too much of King’s contribution to this collection is set up, the pace too leisurely and there can be few Batman readers whose idea of what’s essential incorporates the Penguin and Alfred having a prolonged discussion about a Shakespeare sonnet. For all that, a sequence of the Penguin being fed sardines is so simply conceived, yet utterly creepy in the showing.

As seen by the sample spread, Mikel Janín continues to deliver magnificence, and the inserting of Jorge Fornes pages showing Batman in action counterpointing the Penguin and Alfred content is no disappointment either. Of the other credited artists Otto Schmidt contributes the most pages on Tom Taylor’s story laying out just what Alfred does for Batman, almost suggesting that without Alfred’s enabling perhaps there wouldn’t be a Batman. Schmidt’s loose, thin lines are very different from Janín’s core style, but work equally well.

A number of short stories by other creators round out the book, all of them Batman to a high standard, with the surprisingly touching team-up with Detective Chimp rising above a good bunch. Taylor and Brad Walker provide the dignity.

It’s odd to run a review of King’s Batman where the back-up content is actually the better reading. Is there a return to form for Knightmares? Alternatively, both are combined in hardback as the Batman Rebirth Deluxe Edition Book 5. 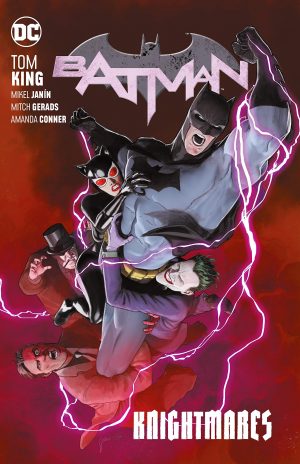 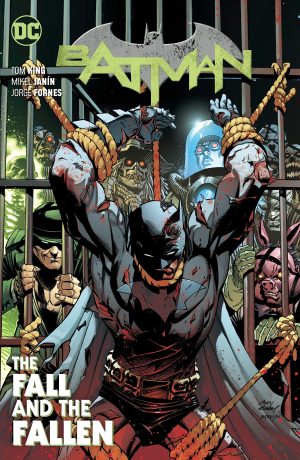 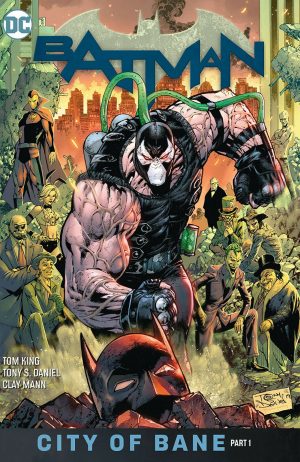 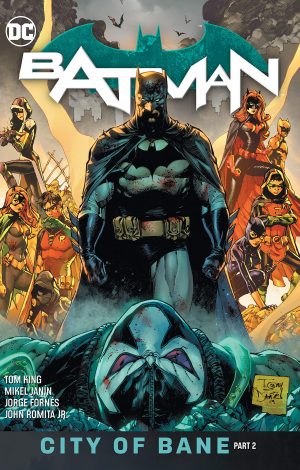