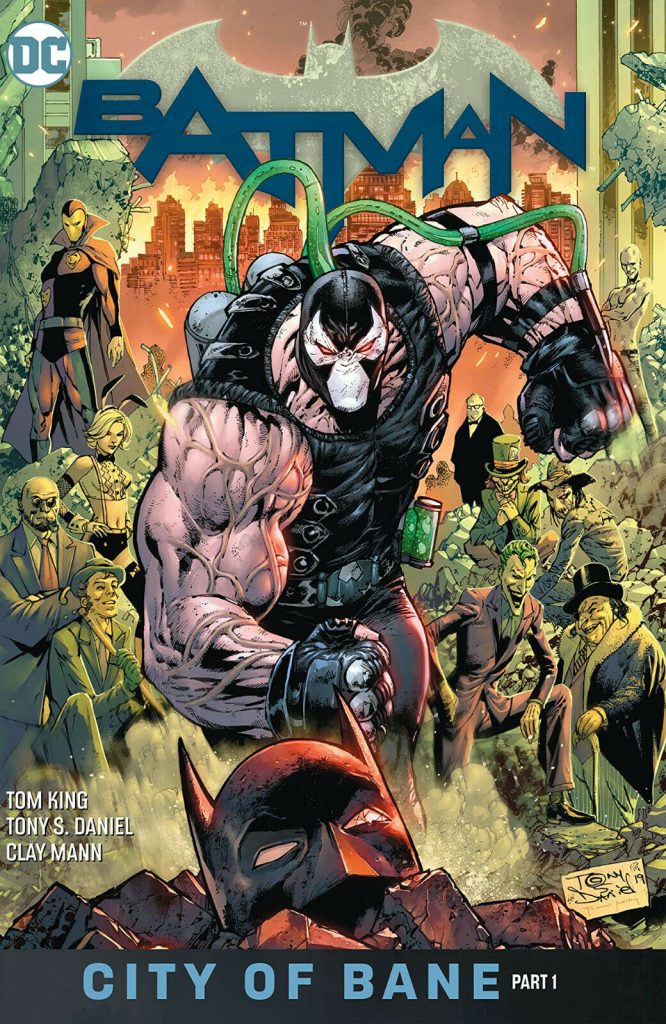 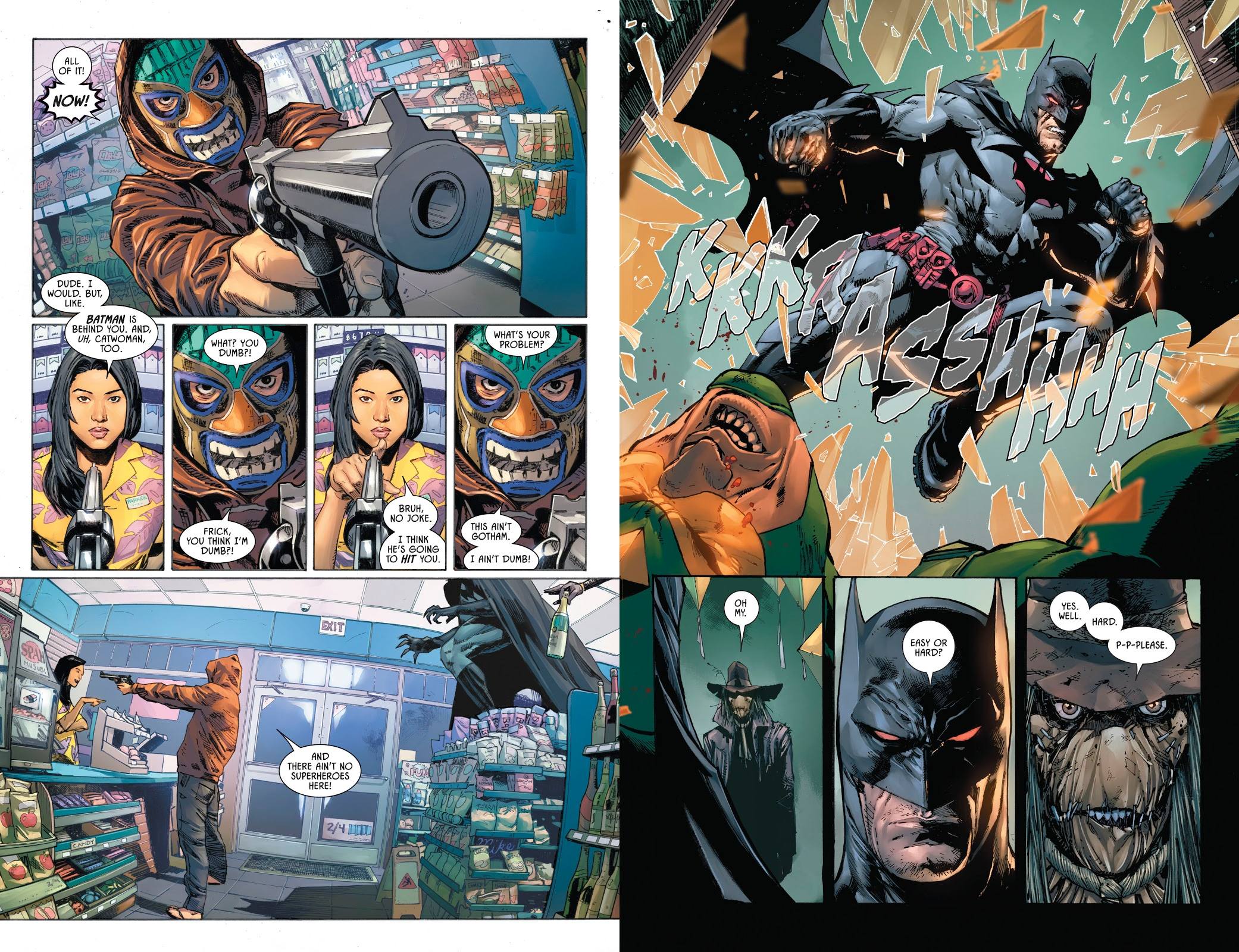 With City of Bane DC switched from issuing paperback collections of Tom King’s Batman work to hardcovers, presumably with a paperback to follow in due course. This has long been the traditional procedure for book publishers, but does it really make commercial sense to rack up the price when sales are declining? DC consider they know best, and that includes splitting an eleven chapter story over two hardcovers rather than presenting it complete.

There’s been plenty of toying with reality, or perception of it, throughout King’s Batman tenure, and City of Bane opens with more, showing police detectives Joker and Riddler reporting to Commissioner Hugo Strange. As openers go, that one’s an attention grabber, and King continues, showing assorted villains policing Gotham while characters who look familiar are behaving uncharacteristically. Gotham Girl’s back as well. It’s all very intriguing, and after several collections of marking time and failing to intrigue, that’s extremely welcome.

It seems Gotham is actually under Bane’s control, and King supplies the bigger picture of the US authorities not caring, because it’s more peaceful than usual. King’s playing with the type of fall and rise scenario so often seen in Batman, not least when Bane was introduced in the 1990s and broke Batman’s back. The three volumes completed with The Fall and the Fallen barely moved the story forward, and didn’t compensate with substance, insight into Batman or his cast. With City of Bane, the plot moves forward, albeit with a rush before the first page and a crunch into first gear after.

Other artists pitch in with a few pages at a time, but it’s Tony S. Daniel and Clay Mann who draw most of this volume. It might be considered that Daniel’s first rate action layouts impress without surprising any longer, but who ever thought one day they’d see him draw a credible Norman Rockwell pastiche? Mann is also an artist whose work grows ever more decorative, heading somewhere into Adam Hughes territory. Whereas Daniel illustrates Gotham under Bane, Mann’s primary location is the beach resort where Batman and Catwoman are scheming. He depicts the glory of nature in all its senses.

Those final two chapters are overextended, but supply what most readers surely want in Batman and Catwoman together again, considering what can be done to rescue Gotham. Will they succeed? City Of Bane Part 2 awaits.