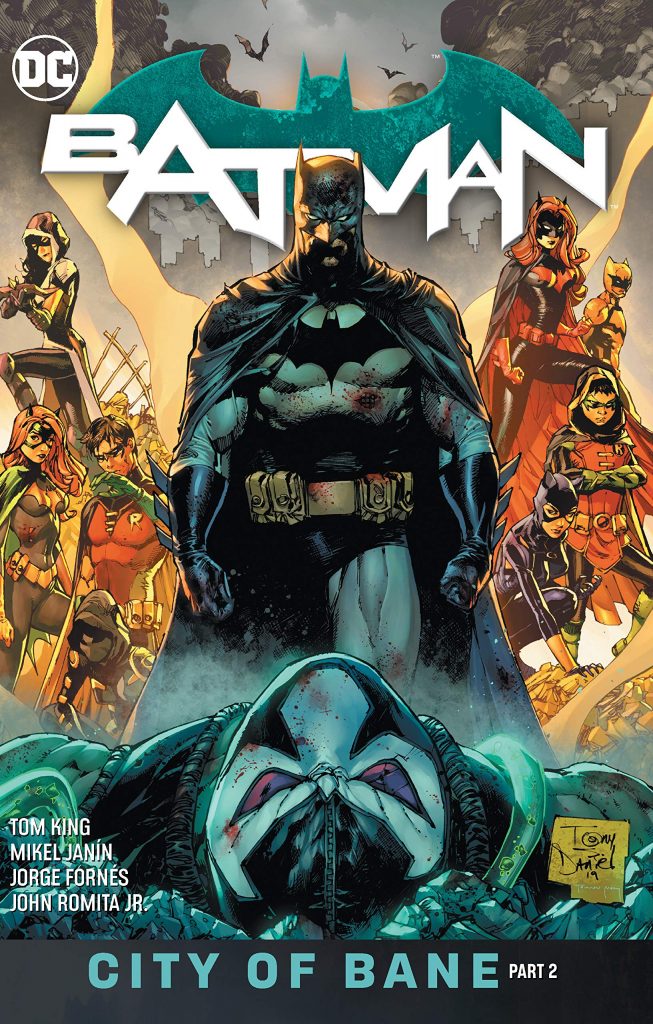 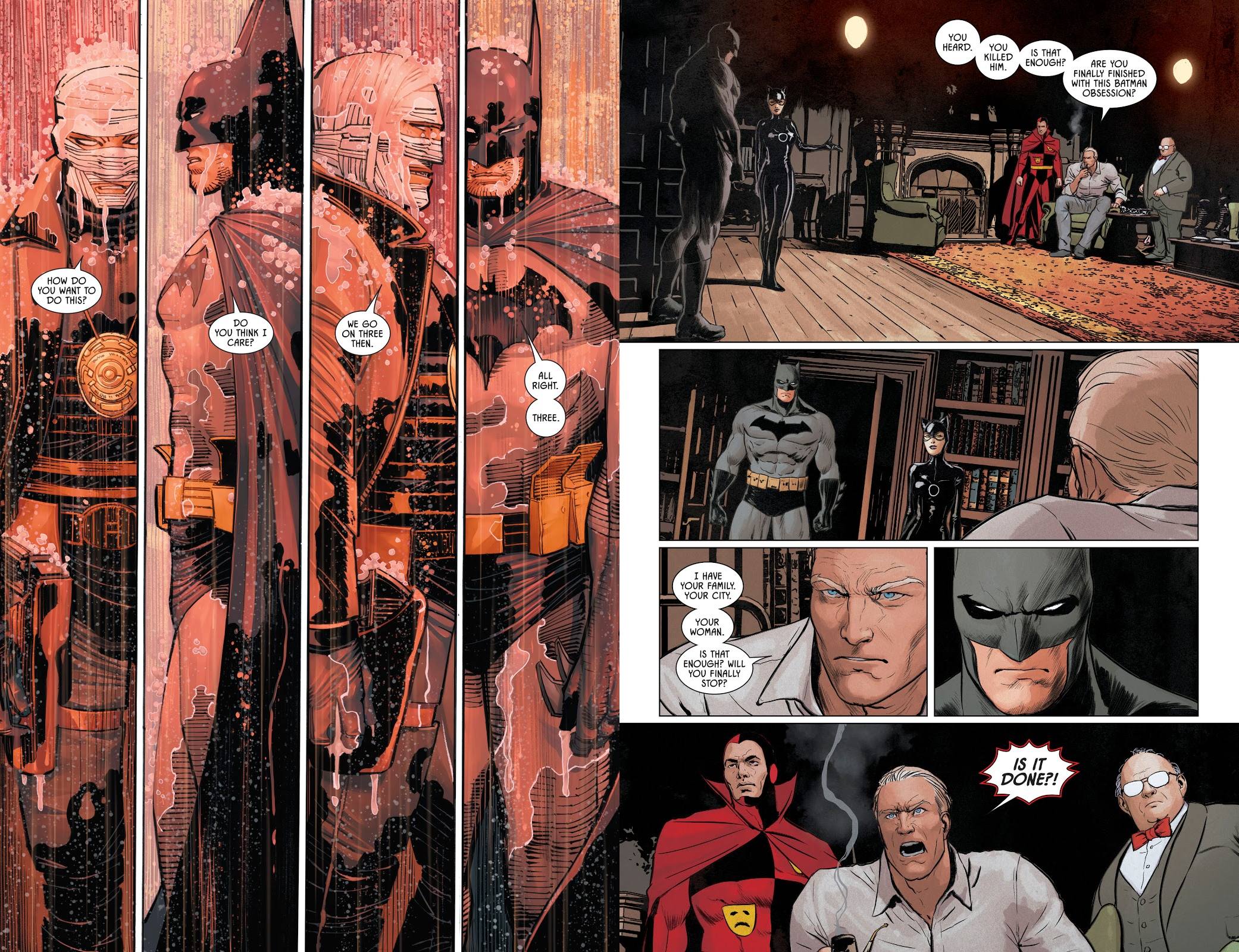 Two volumes back Tom King had Bane relate his plan in detail, going back to the earliest days of King’s time on Batman. The mistake in The Fall and the Fallen was that Bane didn’t explain how he’d achieved everything. King doesn’t make that mistake again, so when Batman explains his recent actions we learn the how as well as the what. There’s a reason he’s been unable to head back into Gotham, and it’s not just Bane. At first it seems a mistake has been made, that Batman has overlooked something, but a couple of chapters later the full tragedy of that is revealed.

However, while over its two graphic novels ‘City of Bane’ is considerably more thrilling than Batman has been for some while under King, it’s still majorly flawed. At this stage it’s no spoiler to reveal Thomas Wayne has been important. We’ve learned he’s from another universe, but as to why he’s here and his motivations, they’ve remained a blank slate for all King’s contact between him and Bruce. Here he’s allocated an entire chapter illuminating his life, and it’s great. Jorge Fornes draws the darkness beautifully, and it’s a concise run through of what might have been, brilliantly conceived. Until the penultimate page which pulls the rug in spectacularly, unimaginably misguided fashion. This? This is why Thomas Wayne whose son died in childhood in another universe has spent months tormenting his adult counterpart? Even if it’s meant to show Thomas as fatally twisted and conflicted it’s still nonsense. Nonsense along the lines of ensuring someone sees the light by blinding them or saving their life by beating them to death. It’s laughable and undermines the credibility of much of this finale.

There’s a death. An epic has no meaning in comics unless there’s a death. For once there’s some truth to that rather than it being cheap melodrama, or there would be if a year down the line another writer or another continuity revision doesn’t unpick the moment and what it means. Still, the moment is all we can expect these days, and King makes the death count.

It’s been nice to see a long form Batman story with minimal Joker contributions. It’s been nice that King has had the ambition to try what he did. It’s been nice that the art has been so good throughout. Seriously, not a bad page. However, what King really needed was an editor who didn’t just nod and leave him to it, someone strong enough to tell him when he was losing an audience and to pull him back on track.