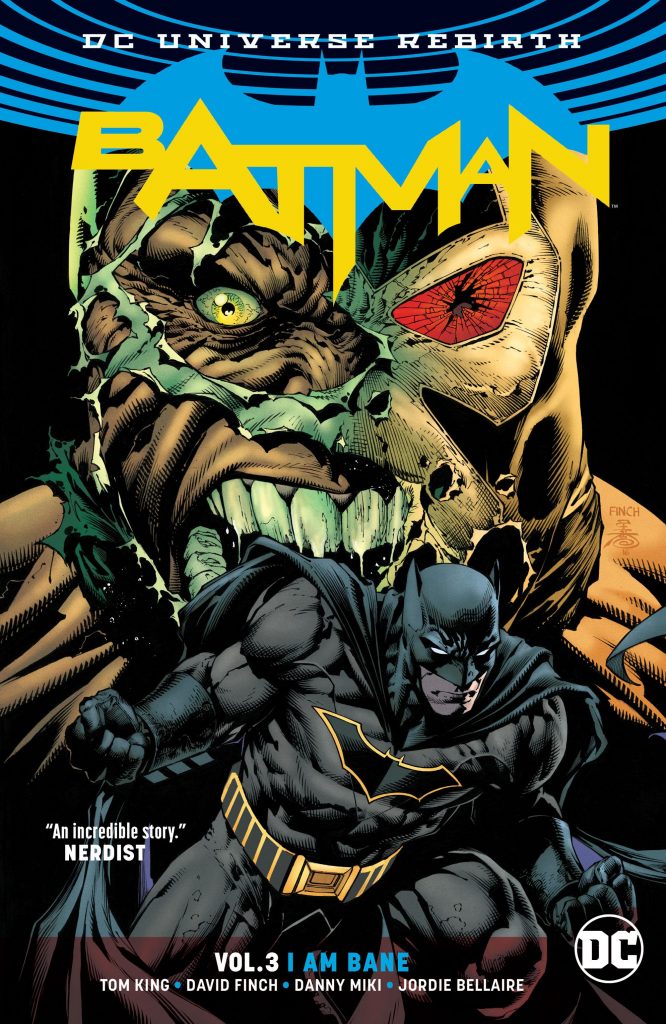 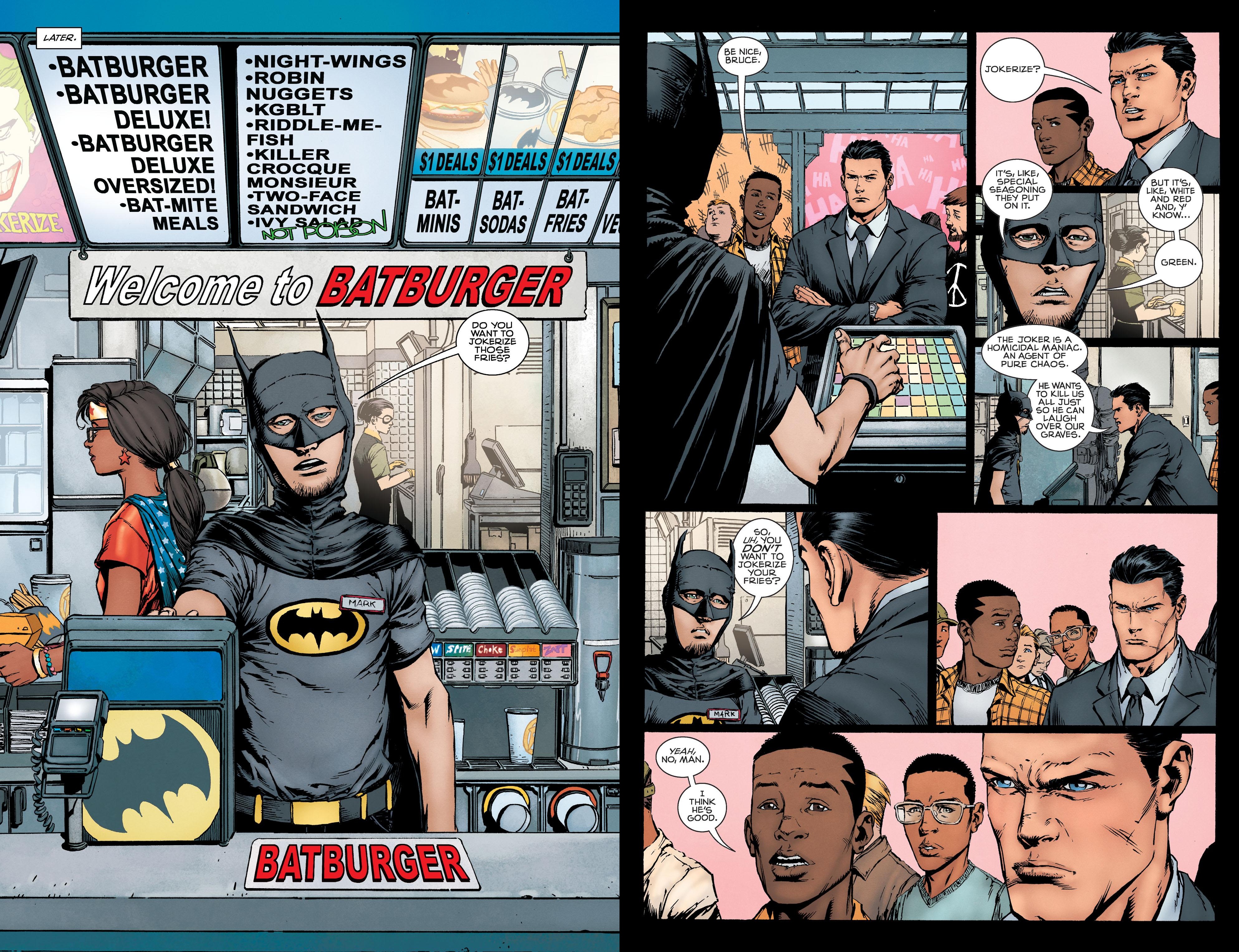 Over the two previous books Tom King set up quite the complicated scenario, but the relevant aspect is that Bane has been prodded with a sharp stick and is inevitably heading for Gotham City where Batman has stashed an emotion-altering villain named the Psycho Pirate. Batman needs to keep him in Gotham away from Bane for five days, but Bane is the most capable and merciless villain Batman has ever faced.

Most aspects of King’s storytelling are good, but particularly welcome is a moment signifying a break from the past. There would have been a time the threat would have been inflated to cross over into several other titles, and involve almost anyone associated with Batman. Here there’s far greater intrigue and shock provided by Batman first warning some associates to stay away, then the single page result, instead of endless pages of their ignoring his warning and so draining the power from the core story.

Despite this welcome progress, I Am Bane isn’t as effective as the two previous books. David Finch does his part with page after page of thrilling artwork, but once Bane himself appears the quality drops. An attempt to contrast the respective youths of Batman and Bane after the deaths of their parents is applied, and it’s strained and selective. He’s a steroid-pumping brute, and as written by King constantly reinforcing who and what he is, almost as if reciting a mantra. Perhaps King’s attempting to convey the effects of the drugs Bane’s constantly pumping into his bloodstream, as cokeheads are endlessly fascinated with their own voice. Yes the title is I Am Bane, but it makes for repetitive dialogue that’s not far removed from parody, and doesn’t add to the mood of a desperate battle, but diminishes that mood. Bane’s not a subtle character, but that doesn’t mean every aspect of him should be over-egged. On top of this King repeats a trick he used in I Am Suicide. Fool us once, shame on us. Try to fool us twice, shame on him.

King has been building toward something with the scenes between Batman and Catwoman, and however twee their referring to each other as ‘Cat’ and ‘Bat’ might be, this is a well handled humanising of Batman, something that’s been needed for several years. A subtext throughout King’s run to date is that the strain of being Batman is starting to have an effect, with old demons rising, and the solution is companionship. Whether everyone agrees with where that leads is another matter, but it begins here. Also notable is King having fun, as per the sample pages, the frequent references to Kite Man, and the reintroduction of Ace the Bat-Hound. That’s way better than you might anticipate. A visit from Swamp Thing also provides surprises, with Mitch Gerads again good on the art.

For the most part this is good, solid Batman, just as not as good as it could be with a little more attention. Then again, perhaps you’ll not be irritated by Bane. A few times over the past couple of books there’s been mention of an event in the past referred to as The War of Jokes and Riddles, and in volume 4 we discover what happened. Both are combined in hardback as the second Batman Rebirth Deluxe Edition.