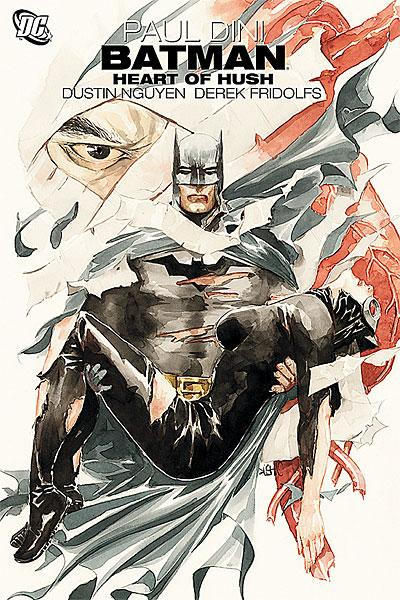 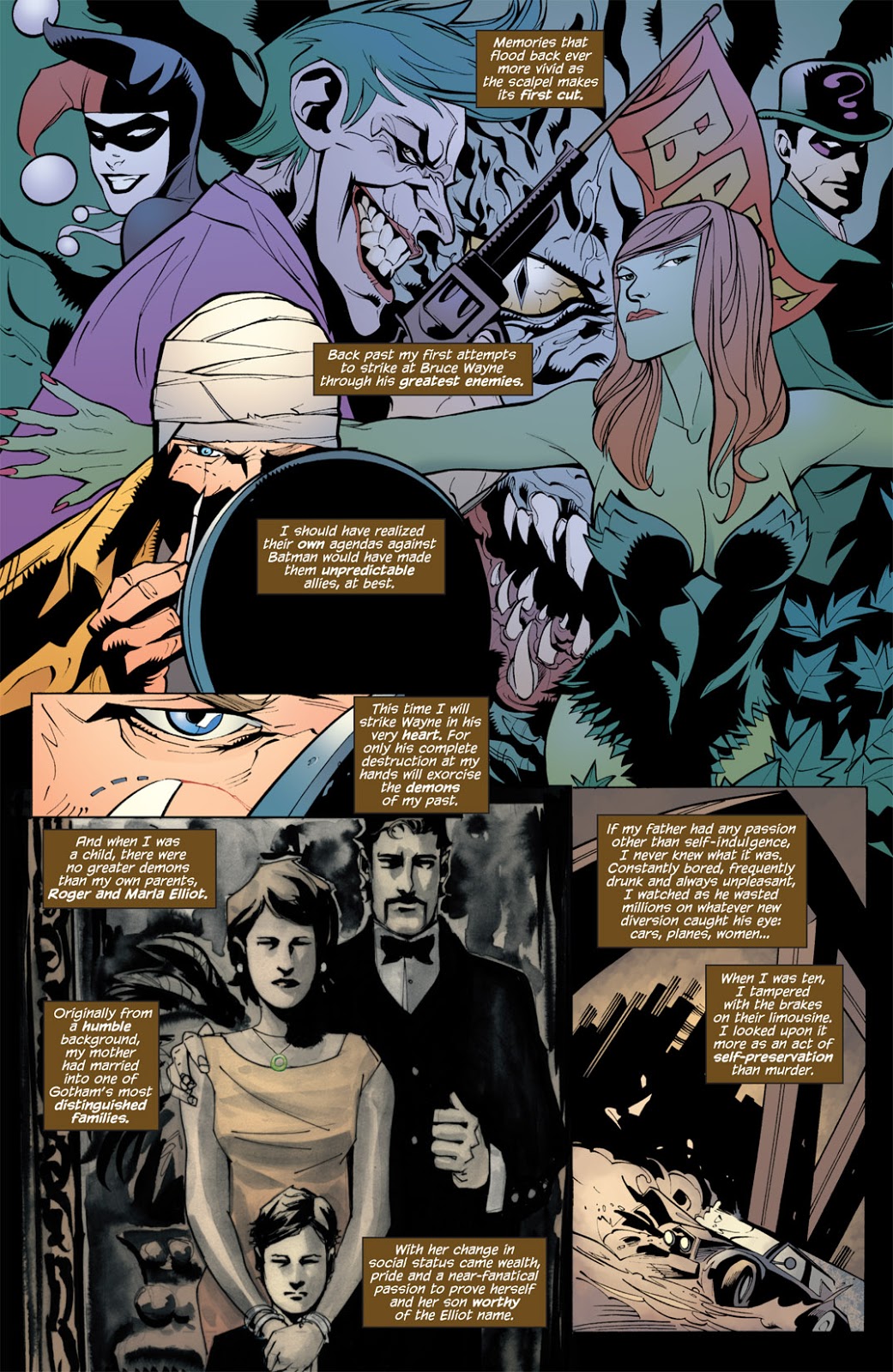 Hush was still a relatively new arrival in the pantheon of Batman villains when Paul Dini and Dustin Nguyen reintroduced him for a five chapter rematch with Batman, whom he knows to be Bruce Wayne.

In the first Hush story, Tommy Elliot was a continuity implant, introduced as a childhood friend of Bruce’s, and Dini spends considerable time during those years, nicely establishing how Hush has been a manipulative strategist from a young age. He’s also incredibly smart, and Dini uses two quotes from Aristotle early, “A friend is a single soul dwelling in two bodies” and “happiness depends on ourselves”, both of which can be twisted to apply to Hush’s outlook. To begin with Hush uses distraction, engineering events to keep Batman busy, and it seems as if these are too ordinary, Dr Aesop in the first chapter being a special waste of time, but Dini’s larger plot eventually pulls together very tidily.

On Dini’s previous stories Nguyen has been a mixed blessing, creating stunning locations and scenery populated with angular people. He makes some changes to his style for The Heart of Hush, now using shadows more often, and adopting a blockier style for costumed characters while giving other people more rounded features. There’s something of Mike Mignola about it, and that’s no bad thing.

In so far as Dini applied subplots to his Batman stories, they concerned the magician Zatanna, also established as knowing the Waynes from an early age, and called in to help Batman in both Death and the City and Private Casebook. Dini would go on to write solo Zatanna stories, so she’s obviously a character he’s fond of, but having someone in Batman’s world who can alter reality with a few words is removing a level of realism. And that undermines The Heart of Hush. Some very nasty things happen, but as soon as Zatanna appears there’s an internal voice nagging about how simply she could rectify things. Ignore the internal voice and Dini’s plotting results in tense reading, nice use of someone he introduced to Batman’s continuity, and a brilliantly staged finale in the Batcave. There’s an excellent coda as well, but some of the narrative won’t make sense without the explanation of this occurring around the time Grant Morrison was killing Batman in R.I.P.

Dini found something he liked about Hush, and would use him as a villain in two further graphic novels in the Streets of Gotham series beginning with Hush Money.