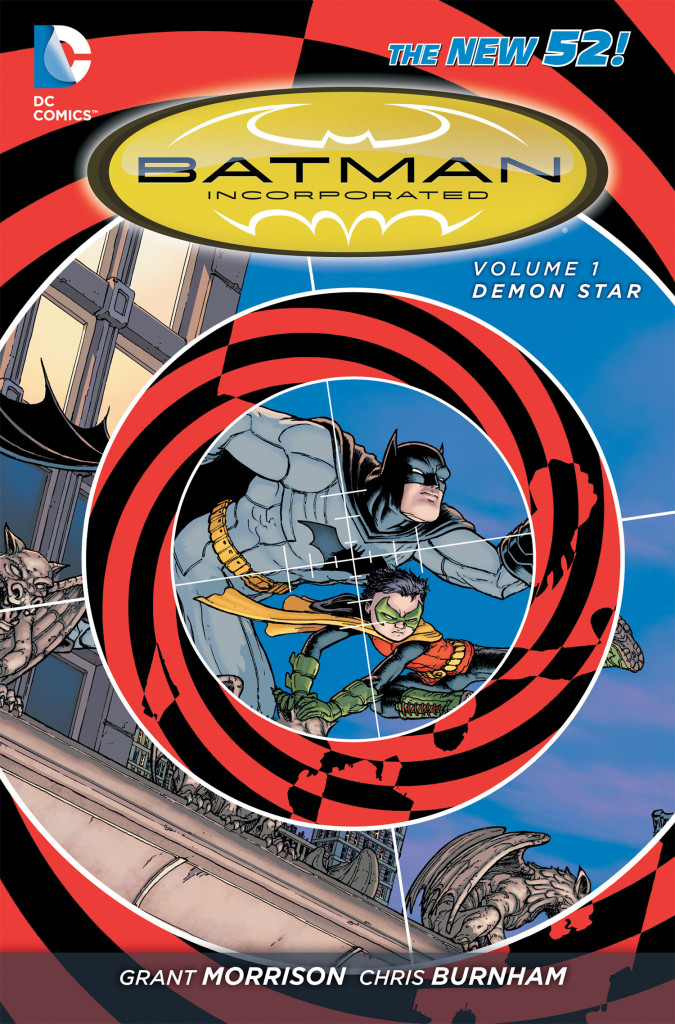 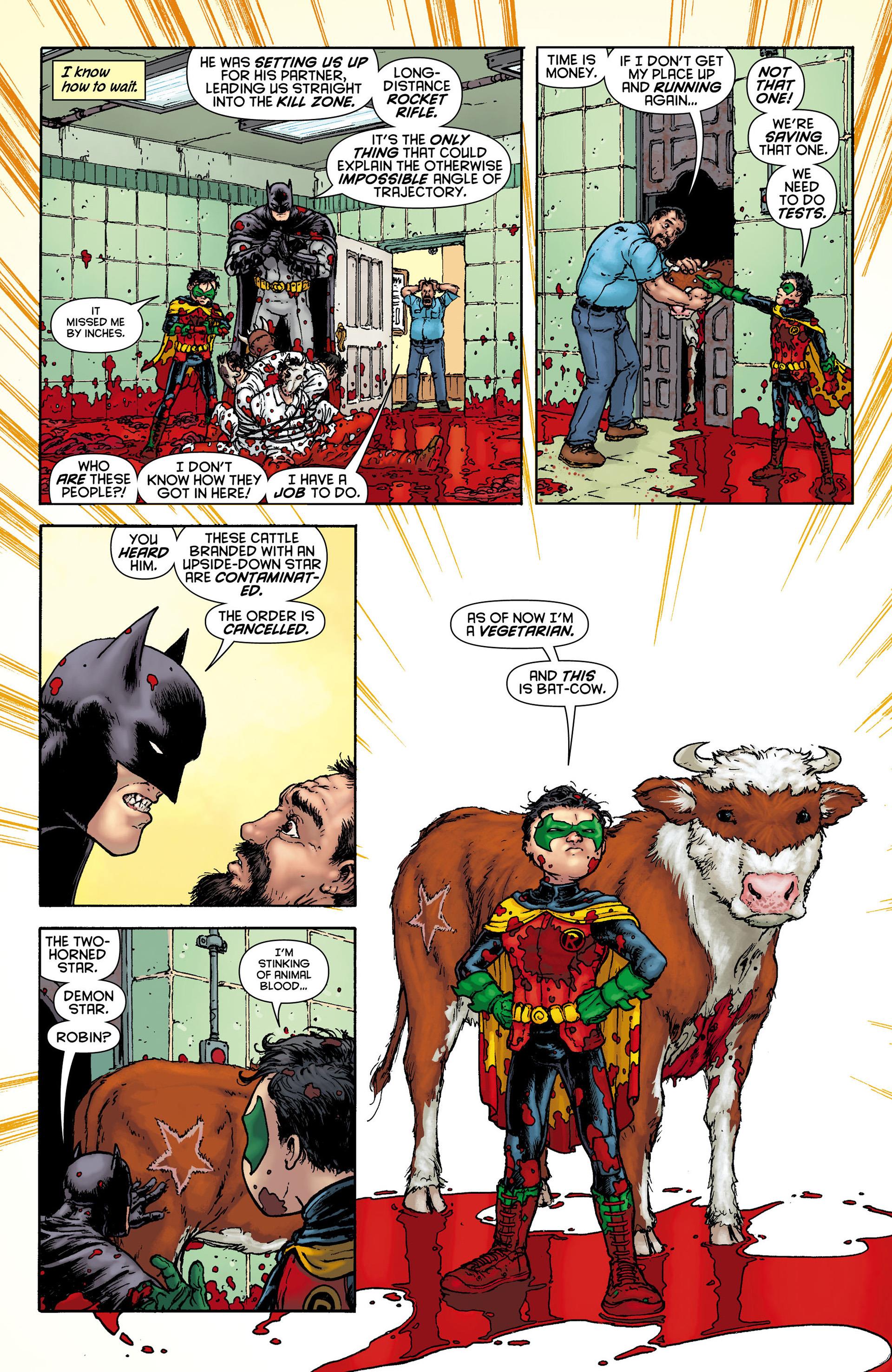 Batman Incorporated is an interesting idea that at the time had some Batman fans fuming. Bruce Wayne went public about funding Batman, having concluded that his fight against crime could involve others, and he spent much of the preceding volume recruiting them around the world. As he did there was the threat of a terrorist organisation attempting to begin World War III, and which had infiltrated itself into all levels of global society in order to do so. The final page revealed who was behind Leviathan.

The short review is that this is excellent and exciting superhero comics. Grant Morrison and Chris Burnham continue from where they left off, irrespective of DC having shifted every other superhero title under their ‘New 52’ banner. They open and close their first chapter with a shock, consistently misdirect the reader (all explained) and involve Robin’s mother Talia, and her father Ra’s Al Ghul. He has an extreme ecological agenda, and she has plans of her own. An entire chapter is devoted to her upbringing, revealing what shaped her, and another half chapter to just how far Leviathan has infiltrated American administration systems. As with the previous volume, Morrison doesn’t remain constant, but varies the stories he tells, yet however unlikely it might seem, they all have relevance to his ongoing plot threads. We have Batman in the future, for instance, in a race against time to prevent an apocalyptic scenario.

Those who’d come to enjoy the pseudo-Batmen introduced in the first Batman Incorporated book may be disappointed. Beyond a single, excellent, chapter in which the entire concept of Batman Incorporated is laid out and further recruits are seen, they’re largely background. The Incorporated team here are more strongly connected to Batman. Knight, though, has one excellent line: “Chin up. Apart from all the death and mayhem and having a bomb cut out most of my guts without anaesthetic this was definitely the most fun any of us have had in years.”

Burnham draws almost everything, and he’s fantastic. He provides dynamic layouts, fine characterisation, balletic action sequences, and gruesome villains. The whole just radiates style. So does Frazer Irving’s contribution, although that’s more down to his design sense and application of colour on the single chapter he illustrates, as he rarely draws anything other than figures.

Among the methods Leviathan employs is dosing the food chain with mind-control agents, so this opens with a particularly bloody sequence in which Batman and Robin close down an abattoir. From there Gotham, and particularly parts owned by Bruce Wayne, are targeted by Leviathan in an ever-escalating personal war. “It’s a family affair. Gotham just got caught in the crossfire”, Batman informs Commissioner Gordon.

Some of the plotting is fantastic. There’s an early scene rapidly seemingly explained, yet then that’s revealed to be false, and any questions drop into the background as Morrison’s other plot bombs come thick and fast. But he’s not forgotten, and there’s a shock to lead us into the next book, Gotham’s Most Wanted. You won’t be able to get to it fast enough.