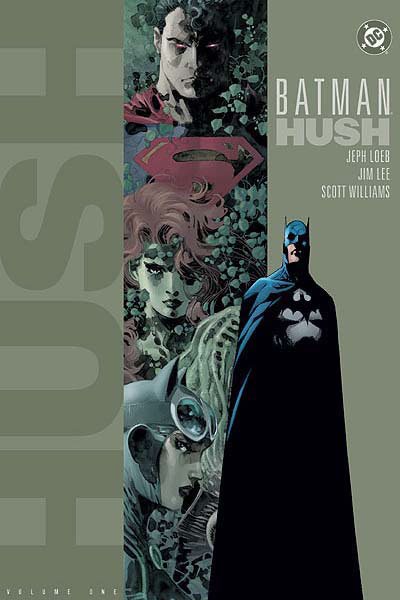 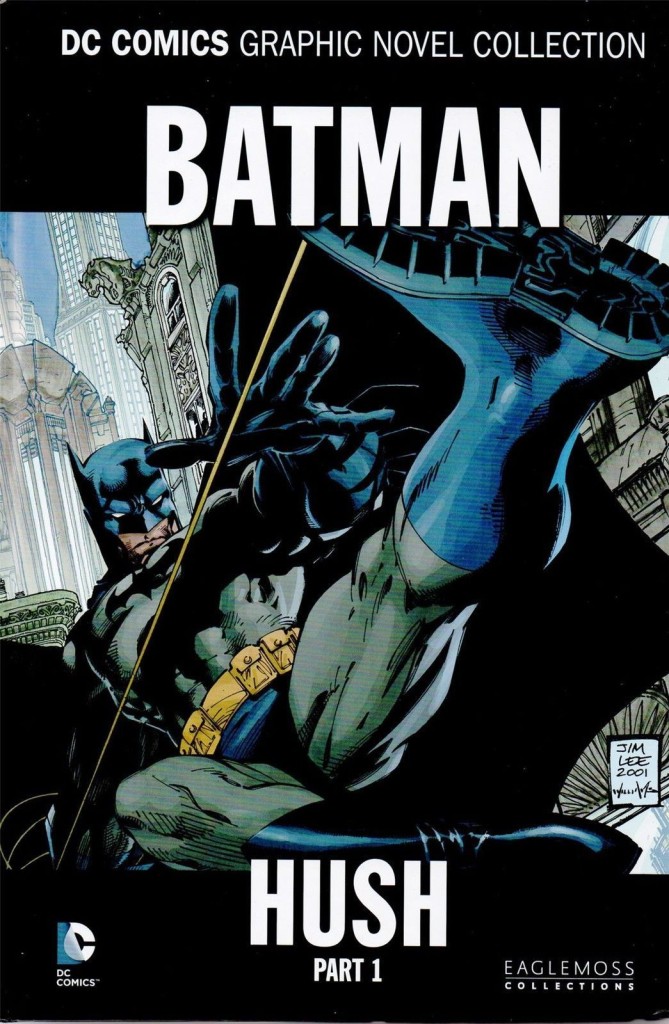 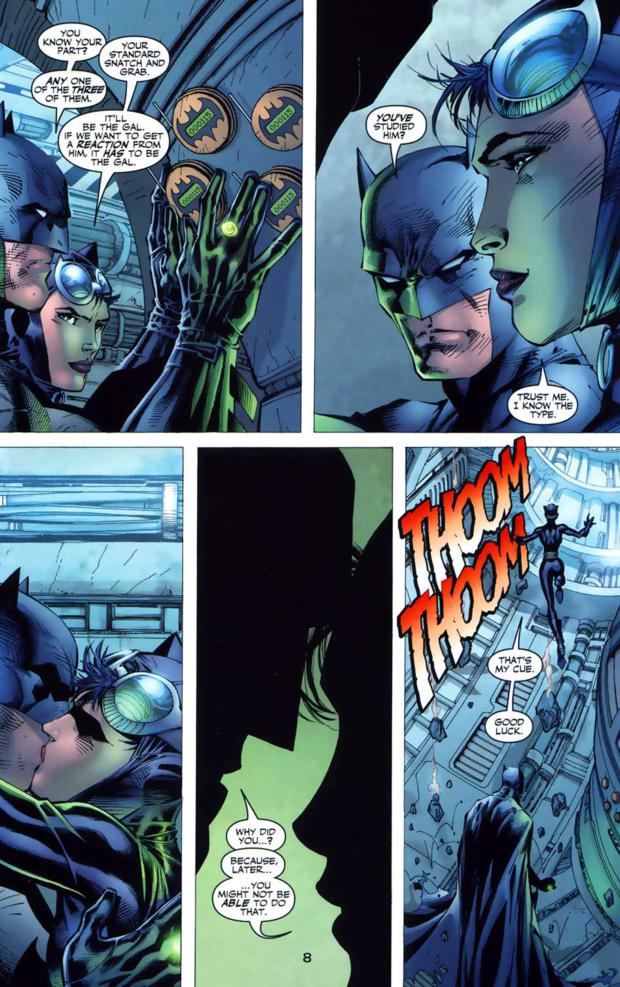 If the writing/penciling team of Jeph Loeb and Jim Lee did nothing else other than Batman: Hush, their reputations in graphic novel work would still be firmly cemented in place.  On its own merits, Hush has quickly gained appreciation from fans and critics alike, earning it a place in that rarefied pantheon of Batman stories usually occupied by artists such as Steve Englehart and Frank Miller.

What immediately impresses the reader is Lee’s excellent pencilling, richly enhanced by Scott Williams’ inks and Alex Sinclair’s colours. Also impressive is how Loeb manages to mix such a large cast into the plot without making the story seem squeezed. Then again, one should keep in mind that Loeb had earlier honed this talent with his work on Batman: The Long Halloween, which, among other things, saw perhaps the best use ever made of Calendar Man. Practically every Batman villain and partner of note finds his or her way into Hush, and Loeb’s plotting makes it seem so natural that the reader accepts it as eminently logical. There’s even a cameo from Krypto, which makes for one of the better moments in the adventure. On top of that, Loeb’s plot allows for the opening of a window into the past of Bruce Wayne; pulling a thread which will continue unraveling long past the end of the story.

The Hush of the title is a new villain with an awareness  of how to manipulate Batman, the resources to engage in his plots, and the persuasive qualities required to involve others. Batman is aware that there’s some conspiracy occurring, but is frustrated in all his attempts to deduce who may be responsible.

Volume one also stirs the pot a bit more by raising the bar on the Batman/Catwoman relationship, hooking the reader in as much the same way as the characters. Loeb has managed to throw everything into this series, and not a hair of it goes to waste.

In the UK Hush was the launch volume for the Eaglemoss partwork series DC Graphic Novel Collection, with volume two their follow-up.