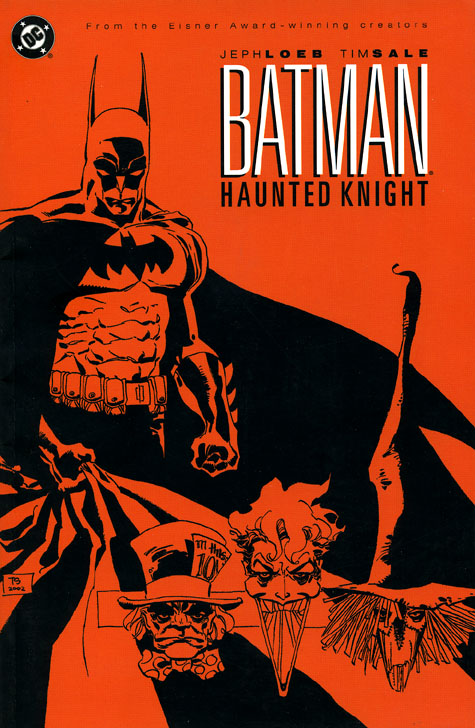 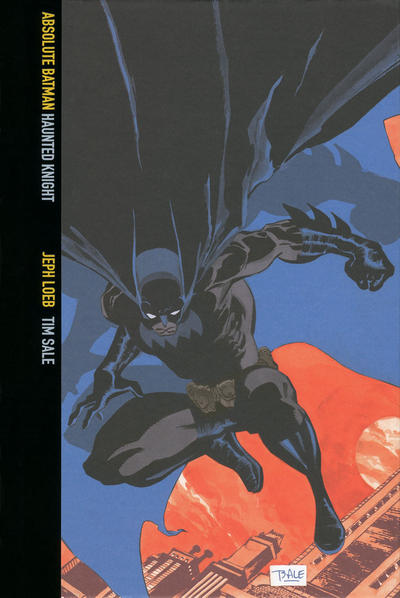 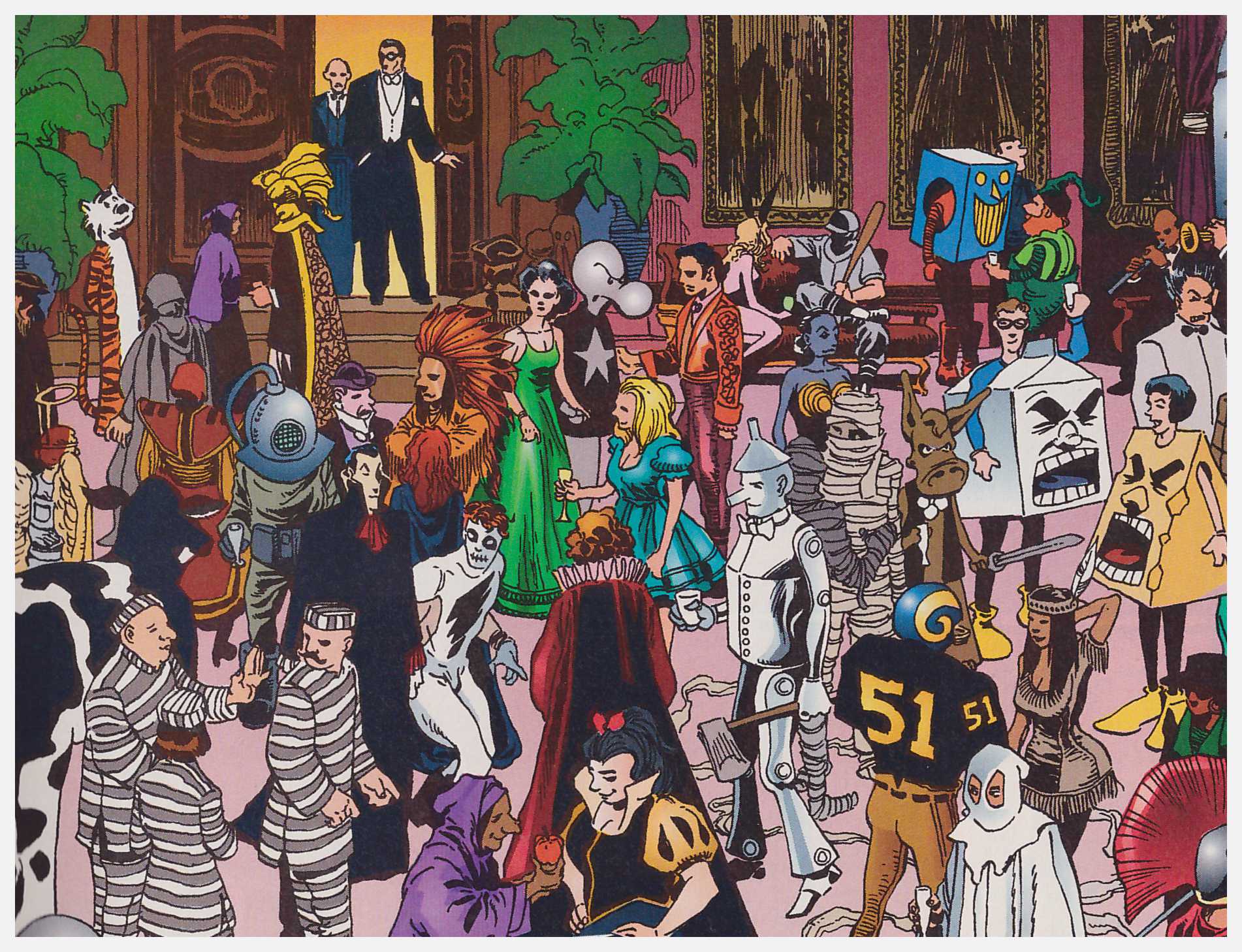 Prior to their immensely successful The Long Halloween, the team of Jeph Loeb and Tim Sale produced three Batman Halloween specials between 1993 and 1995, collected in Haunted Knight. There’s a distinct progression from year to year.

The opening encounter with the Scarecrow is an acceptable Batman story with the art better than the plot, which has a couple of logical lapses, one being the cumulative wealth of so many millionaires is required for what? There’s the occasional wonky face or odd pose, but it shows that from his earliest professional days Sale was an extremely effective stylist. He channels the light and shade of 1940s comics, but the look is never dated, and the effort put into a scene of a costume ball at Wayne Manor is impressive. It doubles as game of spot the guest for the more knowledgeable comic reader.

It’s bettered, however, by the following year’s Mad Hatter tale. A youthful Barbara Gordon features, and Sale makes fine use of her round-lensed spectacles as a decorative motif, opaque in the manner of all glasses he illustrates. Loeb’s secondary plot is an improvement, playing off Barbara’s desire for independence against her step-father’s natural instinct to protect her, but the remainder of the story is professional, yet ordinary.

The third, story, though, is the clincher and is the signpost toward what would be achieved with The Long Halloween. The first part is a mundane fight with the Penguin, notable only for more glass being smashed as someone dives through. It was a set piece either Sale or Loeb was very fond of during this period. The remainder, though, is very good. Long before the over-wrought Noel, Loeb appropriates Charles Dickens’ Christmas Carol plot, and the ghosts of past, present and future manifest before Batman. Their combined displays contribute to humanising him in a touching fashion. Sale’s art is a wonder here. There are imaginative layouts, the well designed Poison Ivy and a stylised Joker that hasn’t yet crossed into the unworkable creation he’d become by Dark Victory.

This isn’t essential Batman, nor essential Loeb and Sale, but neither is it flat or disappointing. It is rather surprising, therefore, that an Absolute edition has been issued. That also gathers Loeb and Sale’s Catwoman collaboration When in Rome.