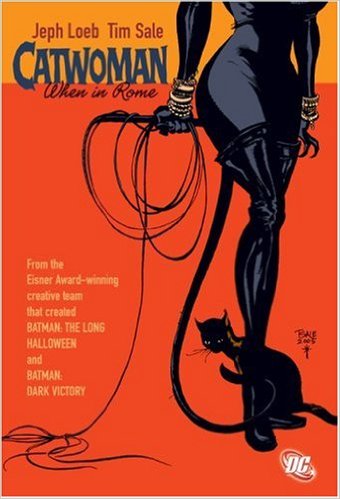 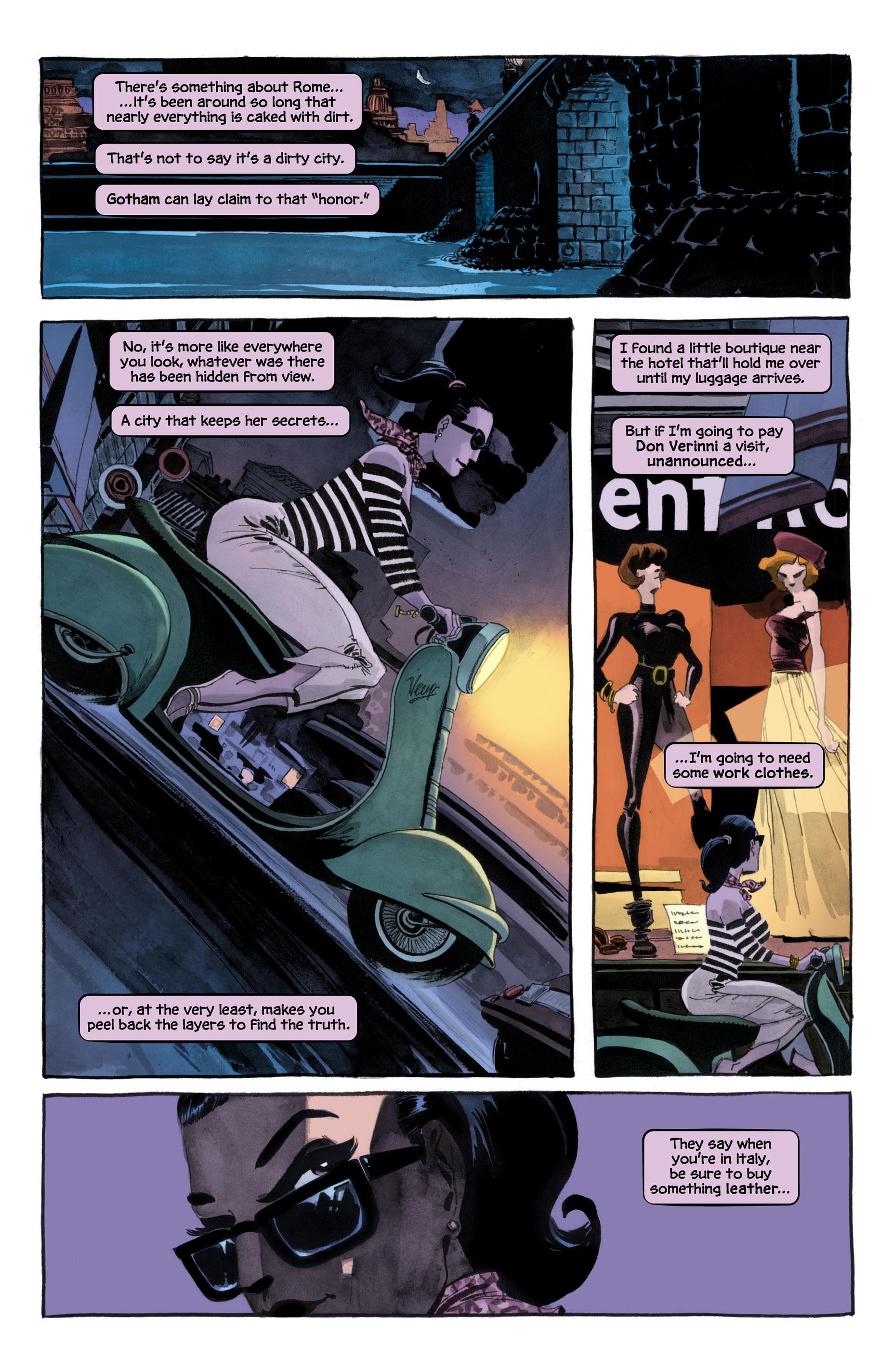 There’s a theme connecting the collaborations of Jeph Loeb and Tim Sale at both DC and Marvel, that of a definitive look at a hero in the earliest days of their career, generally well considered and stylishly drawn. When in Rome, slots into that brief as well as connecting with their earlier Batman: Dark Victory, but it’s lighter in tone overall. Yes, there is a fundamental point to the plot, but it’s primarily a caper story with no great mystery or meaning other than providing a romp.

A groan may be induced by the creative team seemingly attempting to pull the wool over our eyes with an odd opening sequence then revealed as a dream. Their previous accomplishments earn some grace, however, and trust is the order of the day as the scene is crucial to the larger plot. This takes until the halfway stage to pick up, when it proves to be rather clever.

That opening dream occurs with Selina Kyle, Catwoman, on a plane to Rome, accompanied by the Riddler. “You don’t like me very much do you, Selina?”, he asks. “If I gave you any thought at all, I’d probably despise you”, is the curt response, indicating a far from healthy working relationship. Selina has arranged to meet a local Mafia boss, a man powerful enough to have financed the rise of Carmine ‘The Roman’ Falcone to the position of Gotham’s crimelord. This echoes back to Batman: The Long Halloween by Loeb and Sale in which Falcone was a major player, and occurs not too long afterward, early in the careers of both Batman and Catwoman. It further accounts for Catwoman’s absence during much of the sequel, Dark Victory, and her emotive final speech there.

Unfortunately, if you’ve read Dark Victory Selina’s purpose for being in Rome will be known. If not, it’s a secret worth waiting to discover. Her trip is complicated by villains from Gotham, or their trademarks. Working out who’s behind that isn’t too difficult, but their reasons are a second worthwhile pay-off.

Visually Sale has fun playing with motifs connected with the Rome of the movies (see sample image), and delivers Selina Kyle as an alluring celluloid femme fatale. His other designs feed into this, although there’s a lack of consistency between the way he previously drew the Riddler, and the comedy relief model here.

When in Rome entertains without stretching the brain too much, and it’s very nicely illustrated. If that comes across as damning with faint praise, it should be noted that until the Brubaker/Cooke era there was very little solo Catwoman material about which that could be claimed.