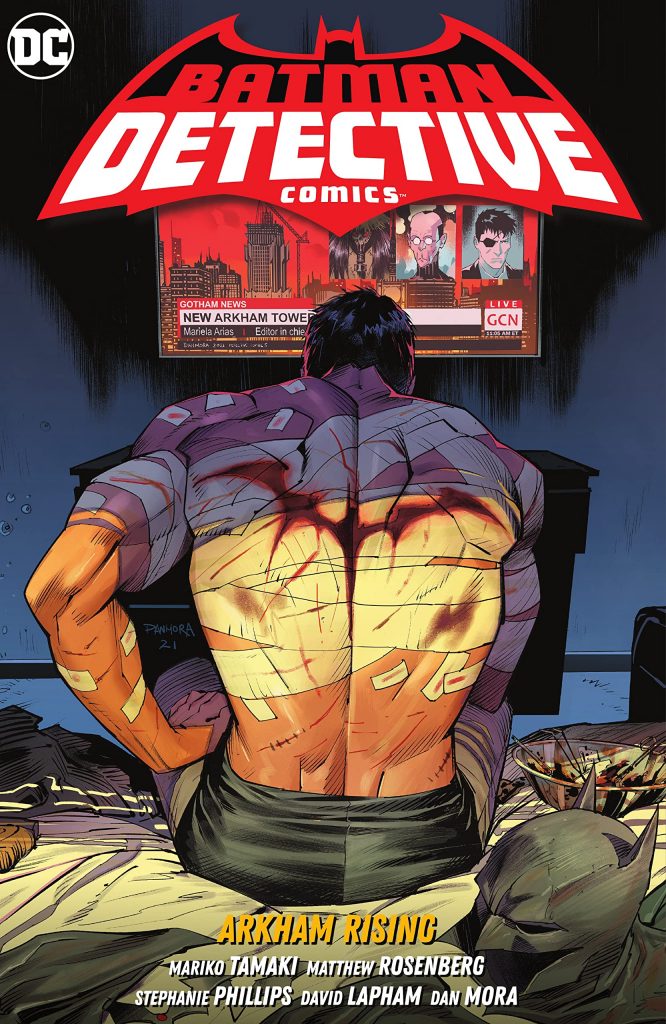 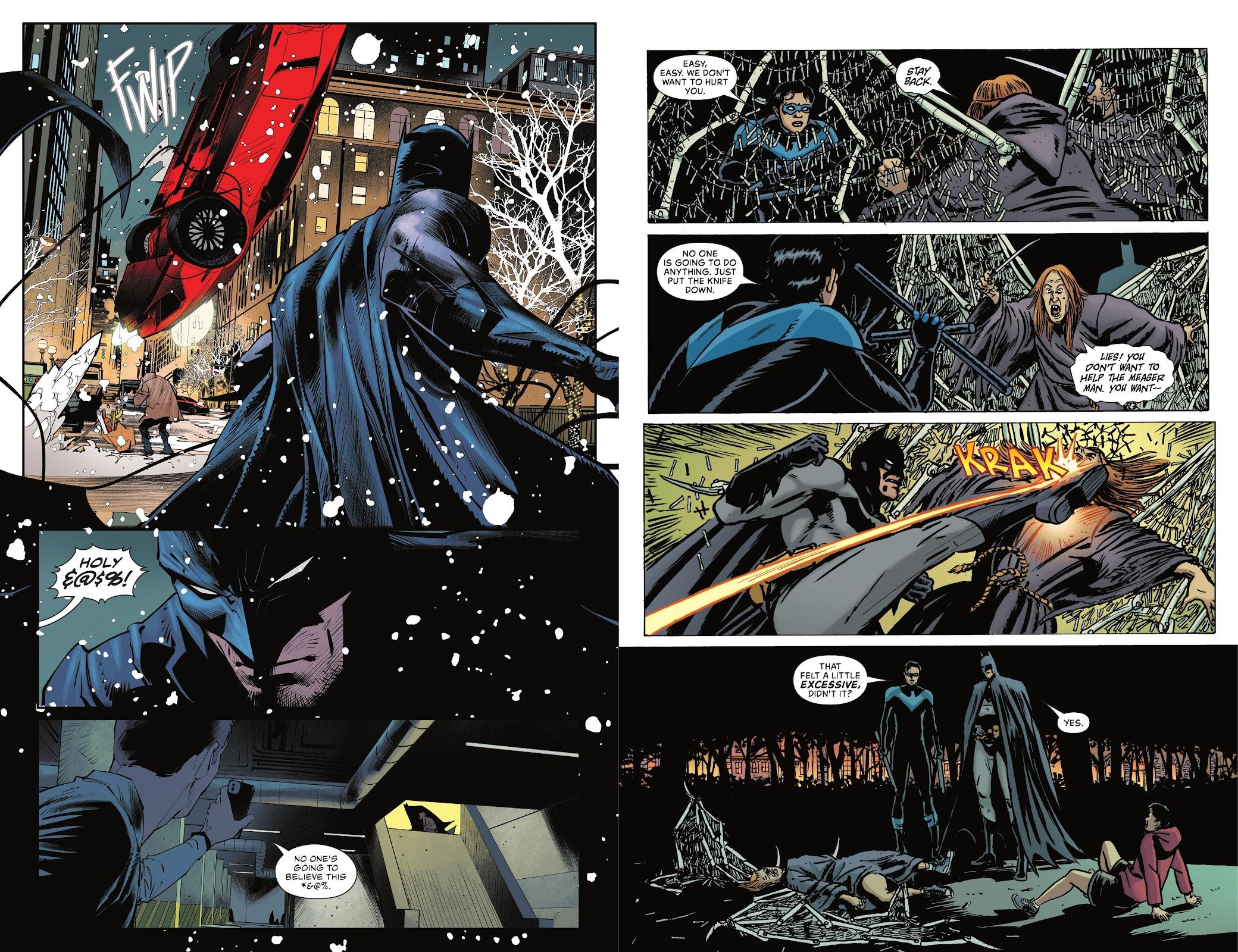 Arkham Asylum has long been the place where Batman’s insane enemies are locked away, begun with good intentions, yet neither adequately secure or adequate in rehabilitating, so not fit for purpose long before the tragic A-Day. However, Gotham needs some facility of its nature. Should the replacement still bear the tarnished name? What should the approach be, incarceration or rehabilitation? And where should the funding come from?

That might not sound fascinating to anyone wanting to see Batman punch the Joker’s lights out, but it’s a surprisingly compelling background to a story about a renewed version of a threat Batman thought ended in Fear State. That’s not the case, and whereas previously a feral individual threatened Gotham, it’s now an infestation, a far more difficult threat to combat, or even campaign against. The primary creative team of Mariko Tamaki and Dan Mora supply three chapters of the main story, Mora’s gloopy ever-evolving depiction of the threat excellent, while Tamaki traps Mayor Nakano and Batman together in the sewers. The politician and the vigilante are natural enemies, and the resulting heart to heart may change Gotham going forward. Tamaki and Mora’s third chapter begins with forebodings about the new Arkham Tower, and ends puzzlingly with Batman leaving Gotham, which is inadequately explained if it’s not a teaser for what’s to come.

Three shorter back-up chapters by Stephanie Phillips and David Lapham provide the lead-in to Shadows of the Bat: The Tower. It’s clever and surprising in reminding it’s not just Batman and the city who have an interest in what occurs in Arkham.

A real understated gem closes this collection. Tamaki and Matthew Rosenberg co-write the story of the first real violence Bruce Wayne saw during his youth, and the legacy of that incident for several people. It feeds into the arguments about Arkham, has some great art from Lapham, always the consummate storyteller, and really hits the spot. Looking back to Bruce Wayne’s brief time with his parents has become if not quite clichéd yet, certainly an over-used story device, usually to no great purpose, but this succeeds. Violence is integral to Batman and his world, and exploring his first encounter with it proves very satisfying, with the present day scenes also relevant.

Batman’s in really safe hands with Tamaki, and both artists match her enthusiasm. 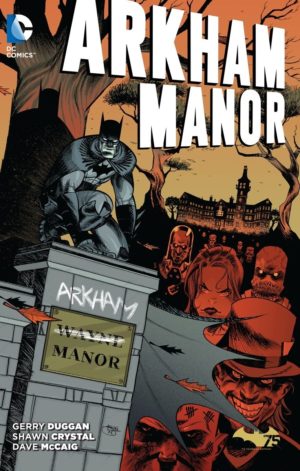