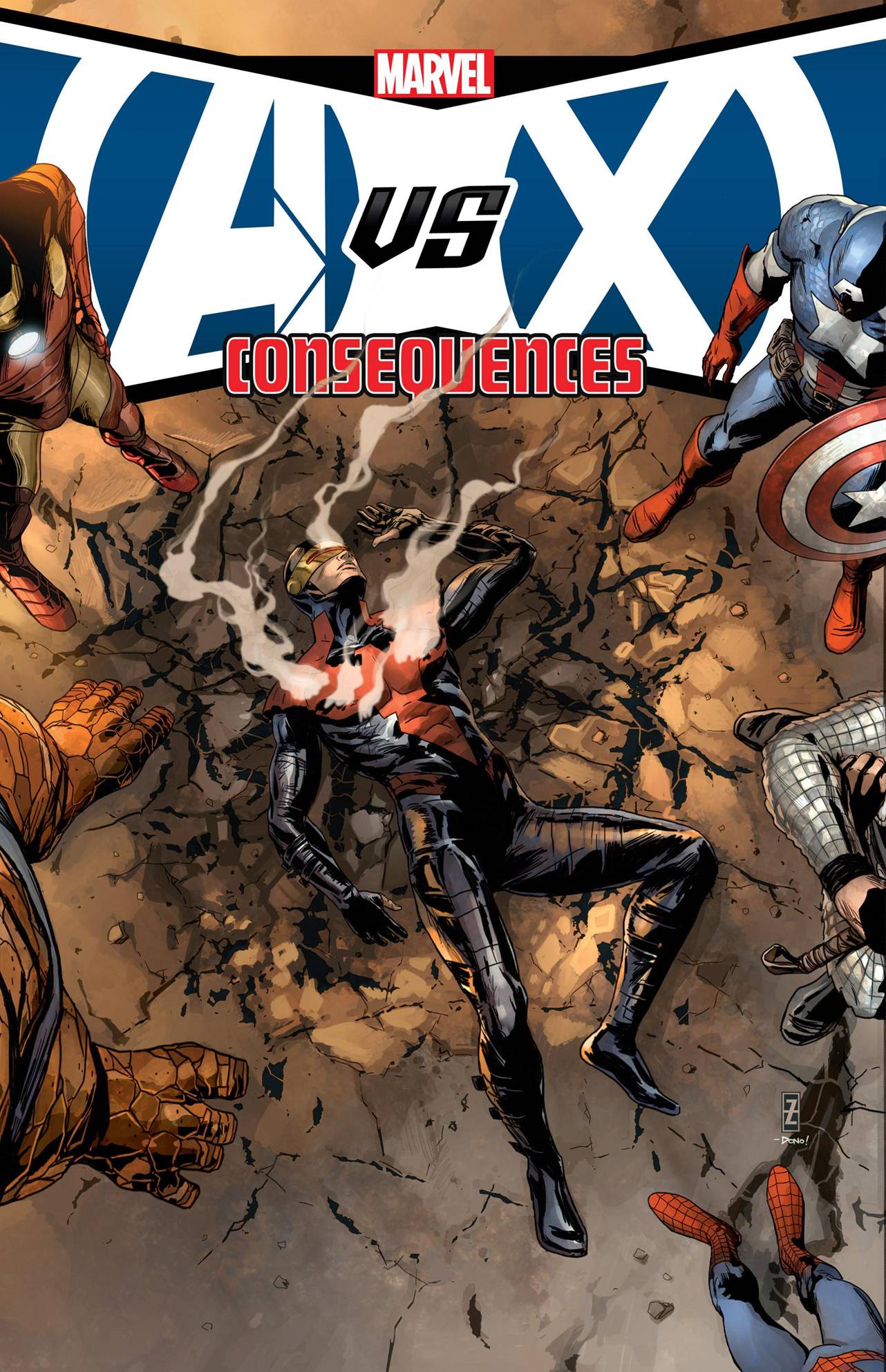 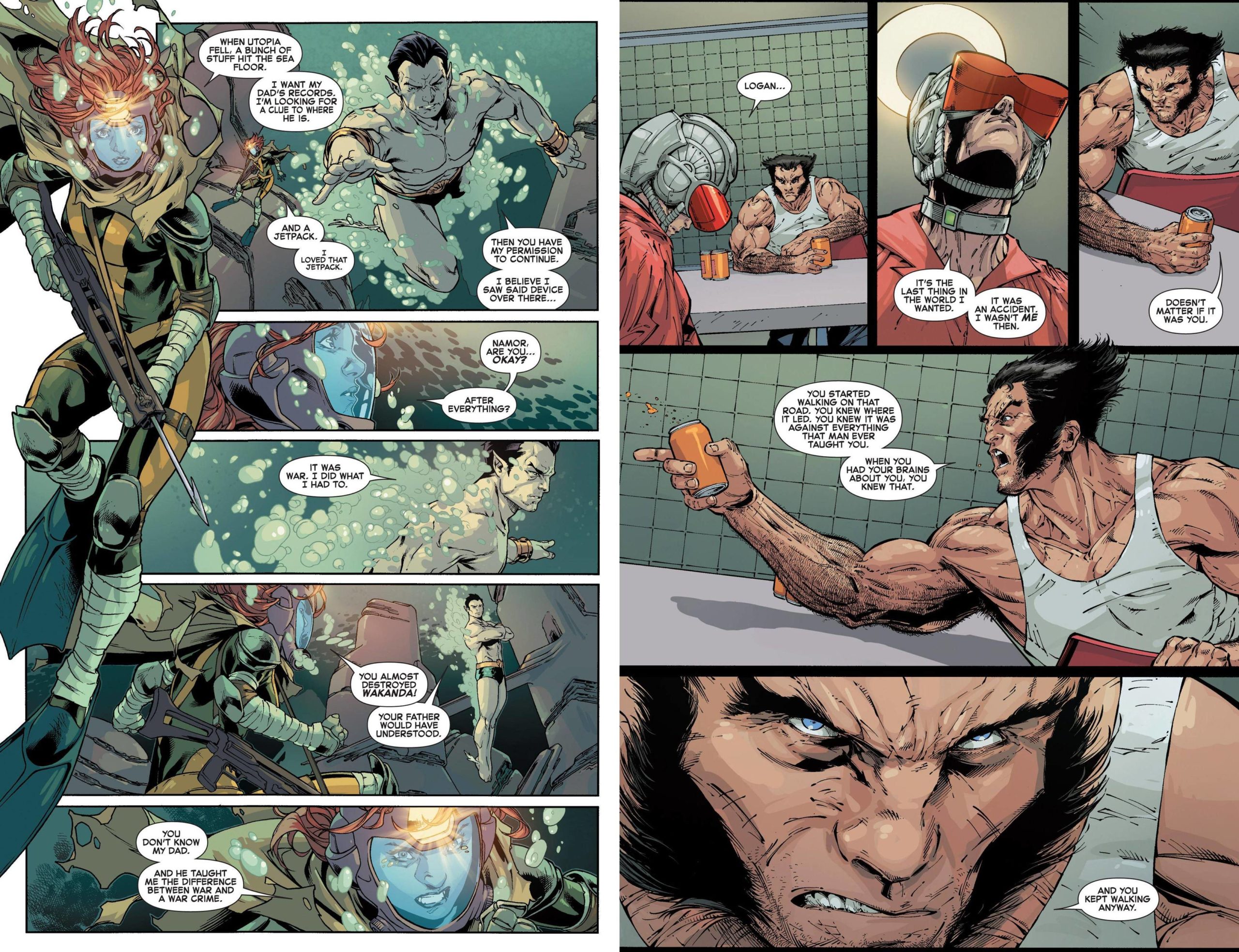 Avengers vs. X-Men was a graphic novel delivering on what the title promised, members of two super teams having at each other hammer and tongs, each in the belief they’re right. It turns out the Avengers were, and assorted X-Men committed atrocities while possessed by the Phoenix Force. Eventually the mutant population was restored as hoped, but the cost was a massive upswing in anti-mutant hatred, legitimising official persecution. Hanging over Consequences all the way through is that some government official will sanction the use of mutant hunting Sentinel robots as a viable solution.

Kieron Gillen makes brief stopovers in places devastated such as K’un L’un and Wakanda, but the core story throughout is the experiences of Cyclops. While controlled by the Phoenix Force he murdered Professor X, and has been captured by the authorities. Many X-Men writers have found it difficult to bring anything new to Cyclops’ traditionally withdrawn character, controlled, staid and devoted, and Gillen was among them on Uncanny X-Men, but the experience of losing control does offer new insight. When Wolverine comes to visit the jailed Cyclops he’s told “There are people who get to judge me Logan. I don’t think you’re among them”. And he has a point. Scott Summers is now fatalistic, convinced his lot is to be murdered in prison, but as he’s emptier than he’s ever been he’s resigned to that, almost welcoming it.

Five different artists each handle a chapter, with Mark Brooks (sample art left) and Scot Eaton slightly better than Steve Kurth (sample art right) and Tom Raney by virtue of more solid figures and faces. All the layouts tell the story dynamically, with Eaton the most imaginative of the four mentioned. Gabriel Hernandez Walta is very different. He pictures people from a greater distance, and although it’s suppressed when compared to his art on other titles, there’s a stylised stiffness to his work. It’s still very effective.

It doesn’t happen much, but not all of Gillen’s conclusions ring true. Given their fractious relationship over the years is there really any way in which Wolverine looks up to Cyclops? Gillen has to feature Hope Summers, but her involvement is relatively shallow apart from one great scene where she confronts Namor. Gillen’s characterised him well until now, and tops that as his monumental self-belief is momentarily pierced. This epilogue includes a good surprise about a person Gillen’s used frequently, and is good enough to be essential reading for anyone who’s enjoyed Gillen’s Uncanny X-Men and Avengers vs. X-Men. Whether or not Consequences stands up disconnected from them is another matter. That was obviously never the intention, but on balance it does. Cyclops’ story occupies by far the greatest amount of pages, and his torment transmits.

This is also included along with preceding stories in X-Men by Kieron Gillen: The Complete Collection Vol. 2. 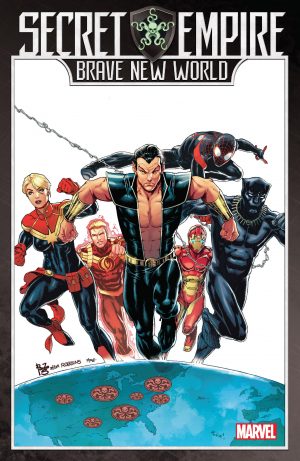