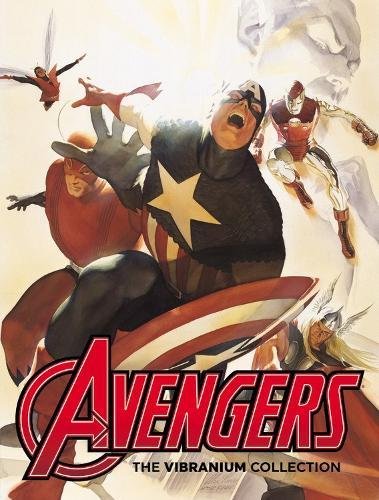 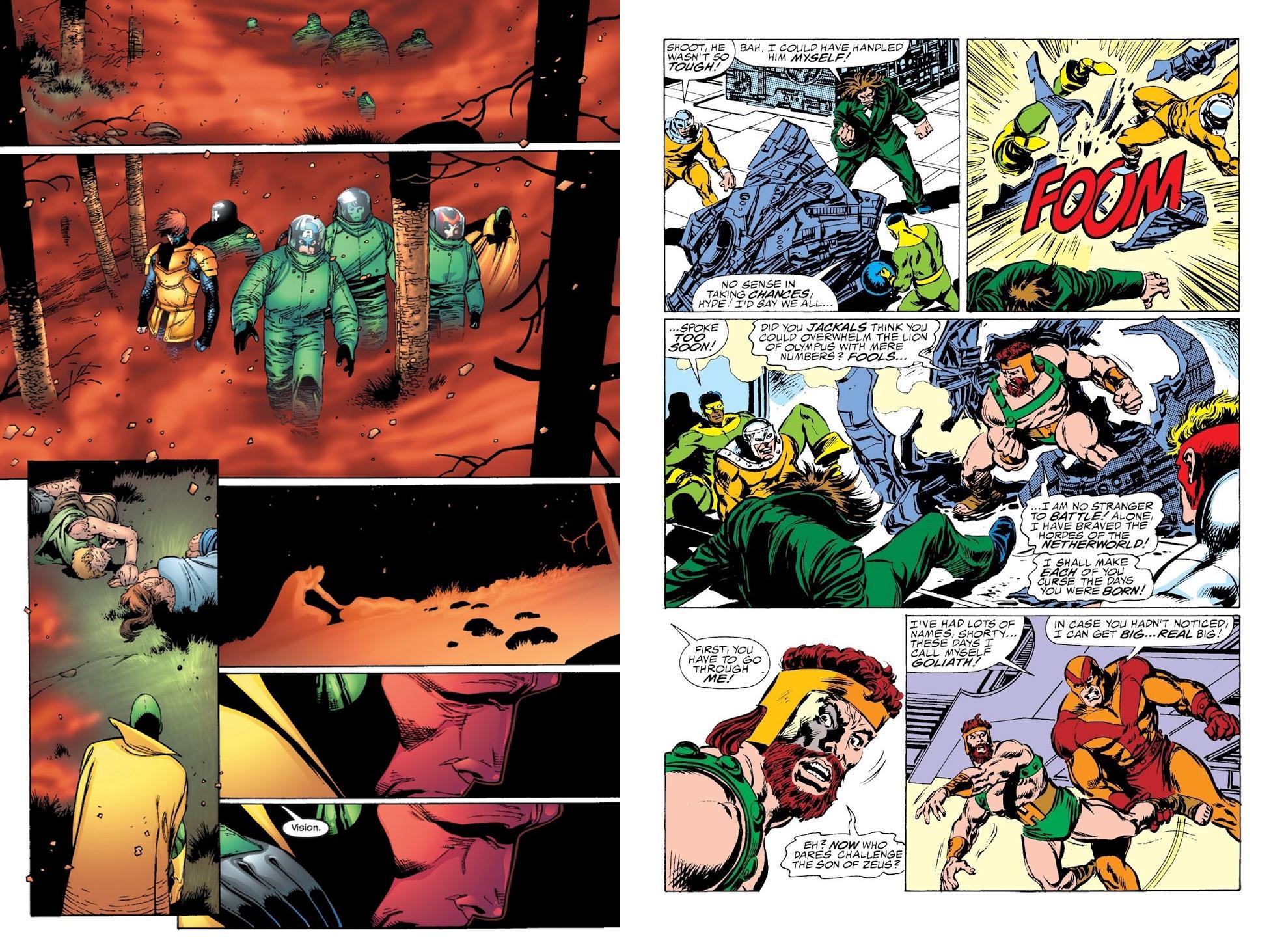 At twice the height of the standard graphic novel, this slipcased hardcover starts with the introduction of the Avengers in 1963 and showcases the best of what’s been issued since, attempting to include every creator who’s contributed significantly to the series up to 2013. Everyone can quibble regarding a classic story or creator that’s missing, or the absence of major villain Kang, but broadly speaking this is a job well done, with the oversized presentation and crisp glossy paper showing art to great effect. Very welcome is that entire stories are reprinted, whether they’re three, four, five or six episodes. Marvel’s previous expensively produced collections have been blighted by only including a single chapter from a continued story.

The priority appears to have been to showcase creators who’ve had long runs on The Avengers over the years, with classic stories the secondary motivation. It means no room for Neal Adams or Barry Windsor Smith, whose Avengers work was notable, but extremely limited (less than a dozen issues between them). The anomaly on that basis is including the entire six issues of a 1990s Red Skull story by Geoff Johns and Olivier Coipel (sample art left), neither the villain nor the creators particularly associated with the Avengers, despite Johns writing the series for a couple of years. Of the more recent work, it’s also the weakest, starting well, but subsequently undermined as Johns cops out by having a villain responsible for a terrorist attack when the blame had been pointing somewhere more interesting. It was issued in paperback as Red Zone. Also six chapters is the 2005 relaunch by Brian Michael Bendis and David Finch (available in paperback as Breakout), novel for acknowledging for the first time that the Avengers perhaps ought to include the top of the line characters whether or not Spider-Man and Wolverine were occupied in other titles. A new dynamic is quickly established, and this still reads well.

John Buscema provides the most artwork, responsible for the classic introduction of the Vision from 1969, Roy Thomas creating the first exclusively new character for the Avengers. His work looks every bit as good in 1986 (sample art right) illustrating Roger Stern’s tale of multiple villains ganging up on the Avengers (available as Under Siege). It still provides a convincing air of desperation.

Stan Lee introduced a greater realism to superhero comics, but the earliest Avengers stories are over fifty years old, with the consequent diminished quality. Jack Kirby drew their introduction and the revival of Captain America, but by the time Hawkeye, Quicksilver and the Scarlet Witch arrive in 1964 he’s only providing layouts for Dick Ayres. Surprisingly little else has dated too much, although be prepared for plenty of thought balloons in the 1970s and 1980s material. The plots still work, and there’s a great variety ranging from the tongue in cheek way Jim Shooter and John Byrne have a trio of old villains outmatched, through the tug at the heartstrings from Steve Englehart and Dave Cockrum, to the unutterable horror of the plan Ultron instigates. That’s via Kurt Busiek and George Pérez and still able to induce a shudder. The collection closes as Jonathan Hickman and the three dimensional art of Jerome Opeña fronted yet another Avengers relaunch in 2012, having a very different approach, starting languidly and mixing in the epic. By now almost every Marvel hero of consequence had been a member and many more sign up. If you’ve the money, this is a fine collection well presented.